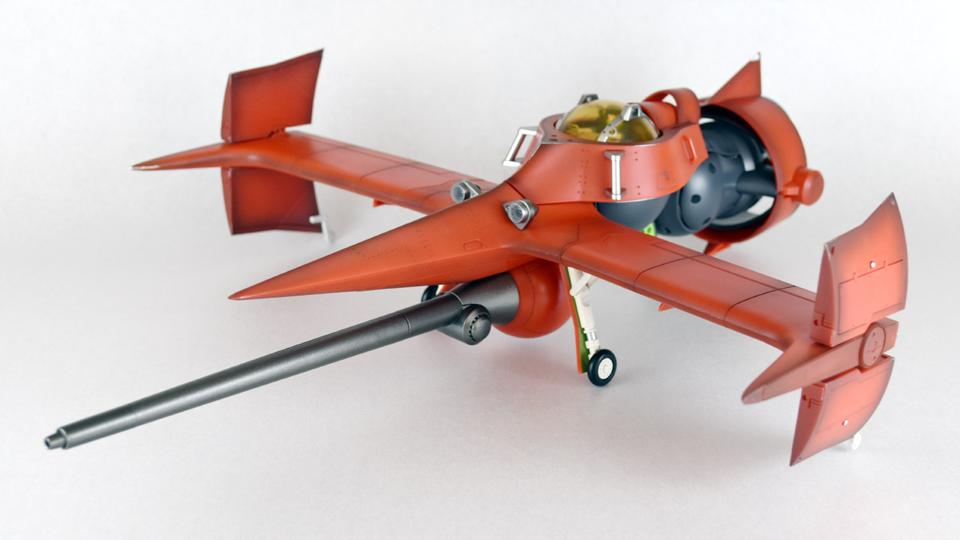 What many thought to be just a model kit of the classic Swordfish II from Cowboy Bebop was in fact a gloriously massive toy and it is finally here. Put simply, this is the best iteration of Spike Spiegel’s ride of choice to date.

Cowboy Bebop was released back in 1998, so the past few years have seen all manner of commemorative releases. From a very nice Blu-ray set to the re-release of the equally nice Soul of Popynica toy.

However, what makes this new release stand-out is that this is an all-new toy of the classic Kimitoshi Yamane design and suitably big with it.

At 1/48 scale, this is a sizable toy. With a width of roughly 30 cm and a length of 36 cm, it is able to cover more of the detailing and gimmicks that the smaller Soul of Popynica version was unable to do. 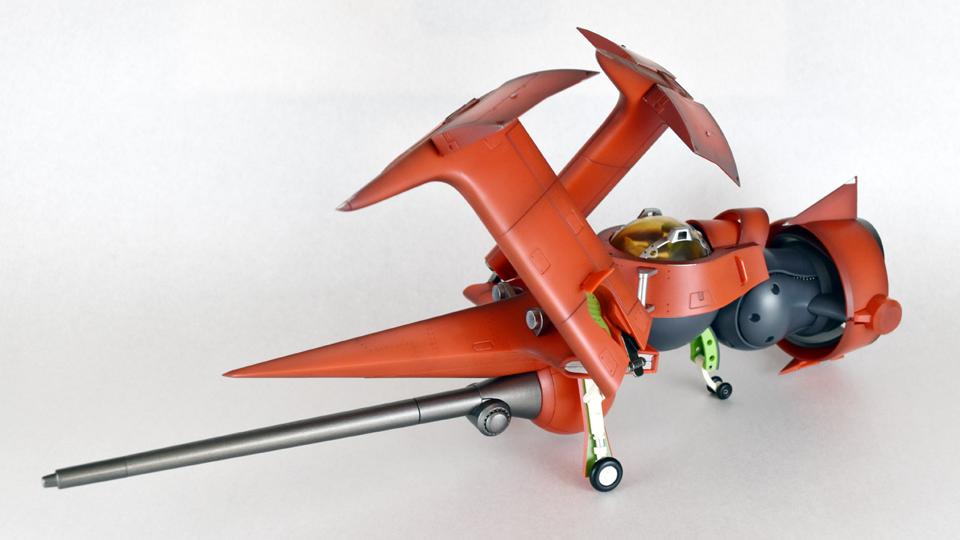 You can fold the wings of the Swordfish II, just like in the anime.

That said, the Soul of Popynica release had a fair amount of diecast, whereas this new toy uses diecast more sparingly and for structural integrity. The result is a sturdy toy but one that is surprisingly light.

Starting with the paint job and sculpt, Yamane was consulted on the design of this toy. So it is very accurate to the original design from the anime. There is also a subtle airbrush and weathering effect that reproduces the art style of Hirotoshi Sano, who pretty much defined Sunrise’s aesthetic during the 90s and obviously worked on Cowboy Bebop.

You also have more detailing here, with a panel that can be removed on the wing to show some of the internal workings, as well as lights for the headlights at the front and the engine at the rear.

The biggest improvement over the Soul of Popynica version though is that you can now open the cockpit, with a scaled Spike inside, and that the landing gear is (almost) all included internally within the toy.

This is because previous releases of the Swordfish II had part swaps for the landing gear in the wings and under the cockpit. 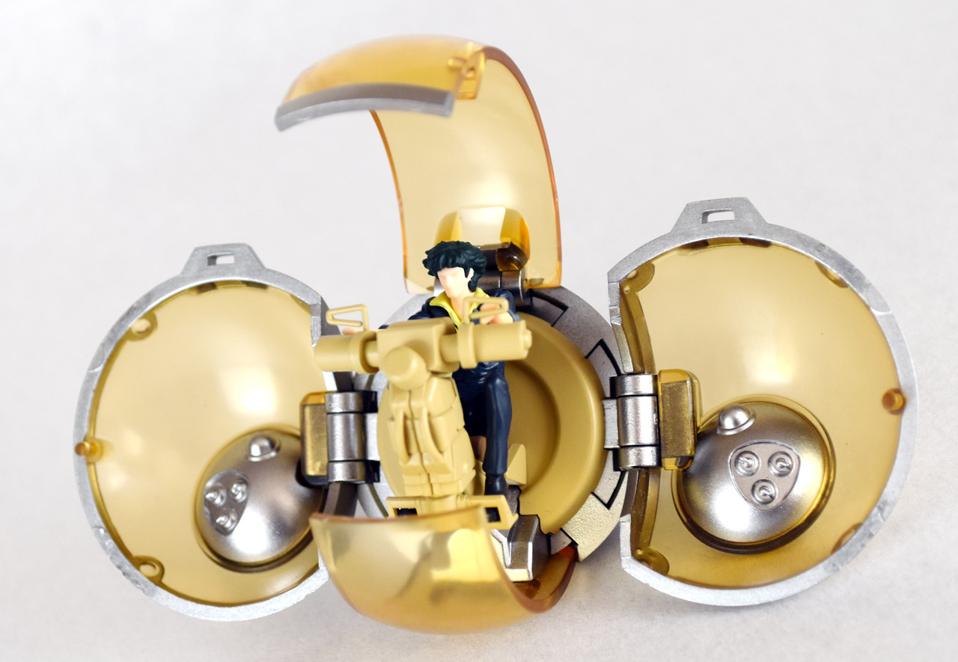 Unlike previous releases, the cockpit can be opened.

In this toy though, everything folds out very neatly and fits within the toy itself. The landing gear also use diecast, which is a nice touch.

The only parts swap for the landing gear are the additional wheels at the tip of each wing but you don’t have to use these to keep the toy stable, they are purely for visual accuracy.

Apart from the landing gear, the wings also fold up like they should and the plasma cannon swivels just like in the anime.

You also get a very nice stand, which allows you to show off the Swordfish II properly.

Considering that both Sentinel and T-Rex also worked on this toy, it’s not a surprise how well it has turned out. I just hope Good Smile Company will follow up this release with some similarly impressive mecha related toys in the near future.

Overall, this is clearly the best version of the Swordfish II released thus far. It’s increased size over previous versions allows for a greater number of gimmicks that brings it inline with the original design from the anime. If you are a fan of Cowboy Bebop, then you absolutely need to pick one of these toys up.

This 1/48 Scale Swordfish II toy is available from Good Smile Company and costs $377.99. 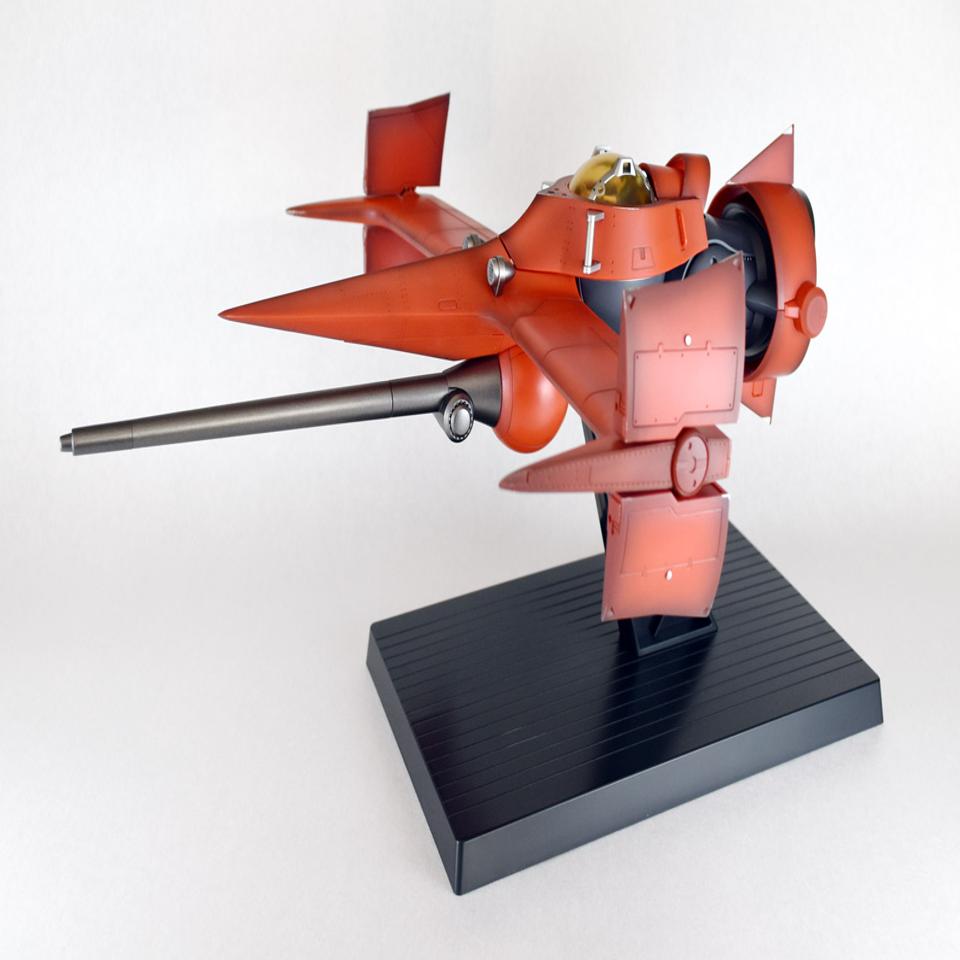 Disclosure: Good Smile Company sent me this toy for the purposes of this review.

New Apple Security Update Could Scrap Your Old MacBook: Here’s What You Do

More Foes Than Ever Before, But Volkswagen’s Hatchback...

Back To Basics: What Is Innovation?