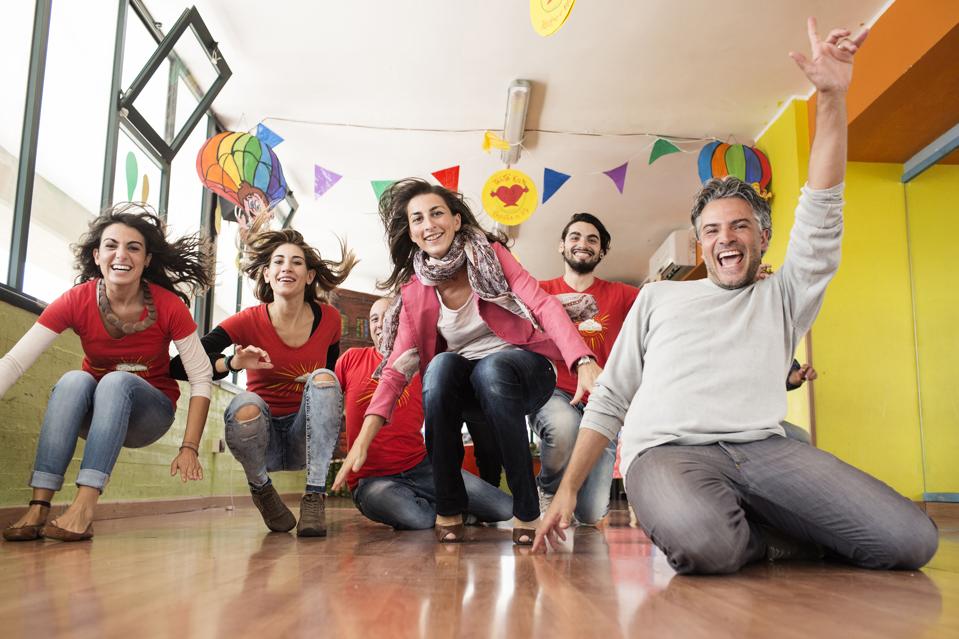 45% of young people think that volunteering is one of the most effective ways to support a nonprofit … [+] organization.

New research from the YMCA finds that more than 62% of Americans 18-38 support at least one cause per month — and that they likely learned of that cause through social media.

The study, conducted by OnePoll in advance of Giving Tuesday, offers a new look at the way younger Americans interact with nonprofits they care about — and the reasons why they don’t support in other ways.

Nearly 40% of all respondents said they support with ‘clothing, food and/or supply donations;’ ‘financial donations’ and ‘volunteering’ trailed slightly at 35.3% and 34.8%, respectively.

Asked where they learned about those causes that they do support, 48.5% of all respondents said via social media; 39.8% said from friends. Of the respondents aged 18-22, 58.4% said social media.

The survey revealed that 56% of young Americans had not heard of Giving Tuesday — and 27.8% said they do not participate in GT activities. Just 4.35% of all respondents said they’ll make a financial donation on Giving Tuesday.

Asha Curran, CEO of Giving Tuesday, was encouraged by the results: “Um, alternate headline here is that 45% of young adults HAVE heard of #GivingTuesday?” she Tweeted. “That’s remarkable for 7 years.”

In a follow-up email, Curran underscored the importance of the support of young people around the globe.

“Younger generations are also taking the lead of this global generosity movement,” Curran said. “While millennials are often counted out of philanthropic efforts because of lower financial contributions compared to older generations, they are in fact most likely to engage in GivingTuesday.”

Beyond the Giving Tuesday data, survey respondents broadly expressed optimism across the board.

Asked ‘How optimistic are you that your support of causes will make a difference?’ 89% of respondents replied either ‘Very optimistic’ or ‘somewhat optimistic.’

“Now more than ever, we are seeing young people actively leading change on a variety of important social issues,” said Kevin Washington, President and CEO, YMCA of the USA. “They are eager to shape the communities we all live in and know they can make a difference with more than financial contributions – from volunteering to signing a petition to organizing a rally and more.”

Should Assists Matter For Self-Proclaimed Rookie Of The Year Kendrick Nunn?

Are Women And Men Being Treated The Same...