Despite record highs in the market, the consensus forecast is for an earnings recession with the aggregate S&P 500 expected to fall 2.6% in the fourth quarter. This will mark the fourth consecutive quarter of year-over-year net income declines. When taking into consideration buybacks, which help to reduce companies’ shares, the S&P 500 could post 0.6% EPS growth in all of 2019 compared to 2018’s 23% increase in EPS.

Although sentiment is bordering on euphoria in the market, there are pitfalls to watch out for and winning tech verticals to lean into.

As the analyst who early-on called the top-performing stock last year (Roku) following its IPO, plus many other accurate calls such as Uber’s IPO flop, Zoom’s successful IPO, and Microsoft’s Pentagon win, here are my top 8 predictions for successful tech investing in 2020:

1. 5G is a business to business growth story; the consumer story is overblown

Investors who believe 5G will drive a “supercycle” for Apple are not taking into consideration that 5G is a replacement cycle for 4G. The consumer opportunity will not be as significant as previous generations, such as when 4G delivered mobile broadband with smartphones being the primary beneficiary.

Apple’s revenue declined 2% year-over-year and is nearly stagnant in forward estimates at 4% growth from fiscal 2018 for fiscal 2020. To put it simply, investors are paying 105% more for each dollar of Apple’s earnings as the fundamentals are flat with a decline of 7% in net income. Some of this hype is being driven by the highly speculative 5G release in September of 2020. 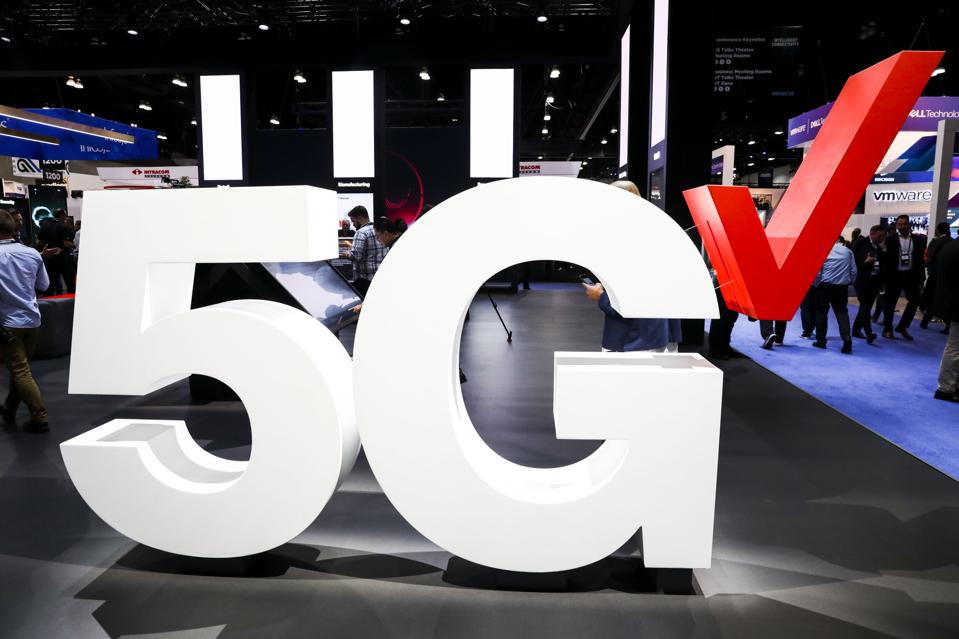 To determine the 5G story of the year, the following has to be taken into consideration:

2. Diversified 5G Small Caps and 5G Suppliers will be 2020 Winners

The best 5G stocks will come from companies that solve real issues related to 5G infrastructure and performance, or who supply a broad swath of the ecosystem. Triple-digit (and maybe quadruple-digit) returns in 5G will come from scarcely-known names.

As I write this, the Consumer Electronics Show is taking place in Las Vegas with futuristic promises, such as electric air taxis from Uber and Hyundai, rollable OLED screens from LG, and autonomous security drones from Sunflower Labs.

I’ve been to tech gadget shows for over a decade and have concluded that making real money in tech is often much more boring. Ad conferences may not make headlines but they will make you money and 2020 will be another “slow-and-steady-wins-the-race” year for ad revenue.

My prediction is ad companies will continue to quietly outperform their futuristic tech peers. There are 7 billion people on this planet, or 14 billion eyeballs, and companies are flush with cash to reach them.

According to Magna, media net advertising revenue will grow 4.1 percent in 2019 and 6.2 percent in 2020, partly due to political ads and the Olympics.

The outcome for the usual suspects of Facebook and Google is anyone’s guess, while stock market darlings, The Trade Desk and Roku, see plenty of volatility. I recommend looking far and wide as there are many companies driven by ad revenue on the public markets that target audiences while being privacy compliant.

The market became more prudent with valuations last year, and cloud software took the brunt of the rotation. Before the correction, cloud software was the leader in the market – and for good reason, as cloud spending is currently outpacing IT spending by 400%. According to Gartner, global IT spending will grow 3.7% in 2020 with enterprise software growing 10.9% and software-as-a-service growing 16.5%.

With cloud spending outpacing IT spending by 400%, it’ll be important to know and predict the winners. The market’s widespread categorical pullback on cloud software, coupled with forward earnings projections, places cloud software winners in an enviable position going into 2020. Keep in mind, this performance is simultaneously occurring during an earnings recession across most other industries.

The trick will be to choose wisely as there is an overabundance of cloud software companies on the market and many are unproven across various fundamentals. Silencing the noise and determining where the real long-term growth and profits will be in this burgeoning category is key.

5. Semis will not be able to sustain current valuations

Less than fifty percent of semiconductor companies will return to growth next year, or twelve out of thirty, up from three out of thirty in 2019. Most of the sales growth expected next year will be regaining lost ground to return to 2017 levels — before the U.S. trade conflict with China. Meanwhile, because of flat earnings, these stocks are incredibly expensive.

AMD is a growth stock with a forward price-to-earnings (P/E) ratio of 45, a current P/E ratio of 257 and EV to EBIT of 201. The company is posting low-single-digit revenue growth year-over-year and 18% revenue growth quarter-over-quarter. In October, AMD had a 12-month price target of $32.94 based on a 25% expected sales increase in 2020. The company has blown past this target based on 4% growth this year, and is trading near $50 per share.

6. Some AI and ML investments will continue to bleed, but will steal all the glory in the coming years

Artificial intelligence and machine learning investments will go through a period of flat growth over the next few years as the transition costs and capital expenditures exceed the output gains.

Over the next year and perhaps into 2021, investors will be able to pick up AI stocks cheap relative to the forward 5-7 year growth potential.

7. Look for the market miscalculating the competition. Netflix is a prime example.

Netflix is one example of how financial analysts overestimate the competition. Netflix is the top streaming service by a wide margin, claiming 87% of OTT households in the United States. In Western Europe, Netflix has a penetration of 70-87% in English-speaking countries and 55-64% in non-English speaking countries.

According to Digital TV Research, the OTT market is set to grow from $68 billion in 2018 to $159 billion in 2024. Combine this growth with Netflix’s current market share, and you have an unshakeable first mover. The speculation on competitors may become marginally true. Disney could do well. But, to think Netflix will be ruined, despite being in the lead on all accounts and posting $1.5 billion in yearly profits, is a rather sensational conclusion.

Remember balance sheets? That’s where you can find the debt a company is holding. Don’t tell Tesla investors but balance sheets will eventually matter again and Tesla’s $13.3 billion in long-term debt isn’t going anywhere fast with negative operating margins. Don’t tell Uber investors either as this company’s $5 billion in debt won’t exactly evaporate with $1.3 billion in quarterly operating losses and $4 billion in annual operating losses. It’s this combination of high debt and a lack of profitability (by any reasonable margin) that causes trouble when sentiment turns.