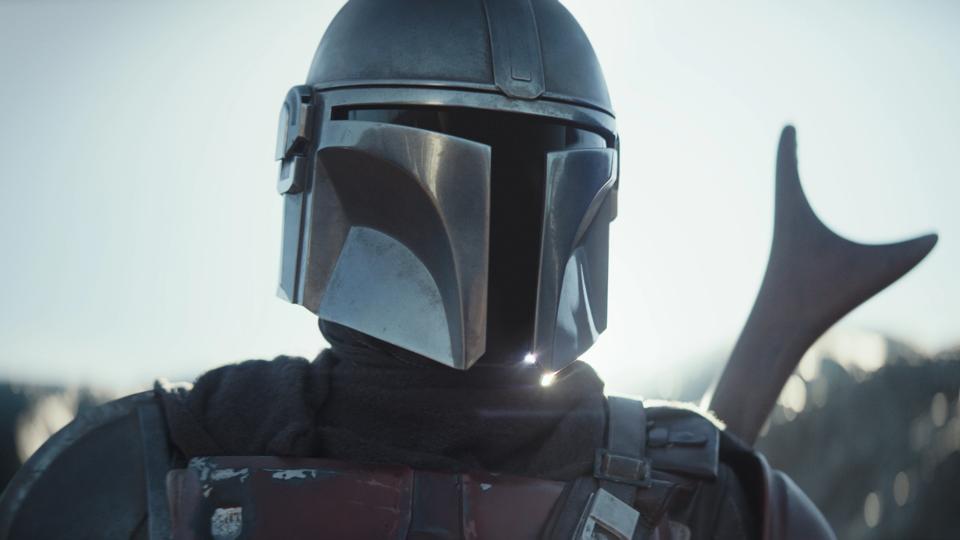 Will an old villain from the original Star Wars trilogy show up soon on ‘The Mandalorian?’

Yesterday’s episode of The Mandalorian saw our bounty hunter hero land on a familiar planet: Tatooine, the home world of Luke Skywalker and Jabba the Hutt. Spoilers ahead.

It was yet another excellent episode, rife with references to the original trilogy including an encounter with Tuskan raiders.

The story centered on Mando helping a fledgling bounty hunter named Toro with a job to hunt down a dangerous assassin named Fennec Shand. In the end, the assassin is left dead in the desert and Toro foolishly double-crosses Mando which works out about as well as you’d expect.

You can read my full recap/review of the episode here.

At the very end of ‘The Gunslinger’, after Mando and the Child fly off in the bounty hunter’s spaceship, we see someone approach Fennec’s corpse. Booted feet and a cape. The clinking sound of spurs as the figure approaches and then kneels by the body.

We do not see the mysterious person’s face.

This has led to a good deal of chatter and fan theories, most prominent of which is that this mysterious figure is someone we’ve seen before in previous Star Wars films. Namely, that this is yet another Mandalorian bounty hunter—Boba Fett—returned from the dead.

In Return of the Jedi, Boba Fett is cast into the Sarlacc pit during the mission to rescue Han Solo from Jabba the Hutt. Boba Fett was the bounty hunter who brought Solo to the crime boss, and he was still hanging out at his palace on Tatooine when Luke, Leia, Lando and Chewie showed up to rescue their friend. 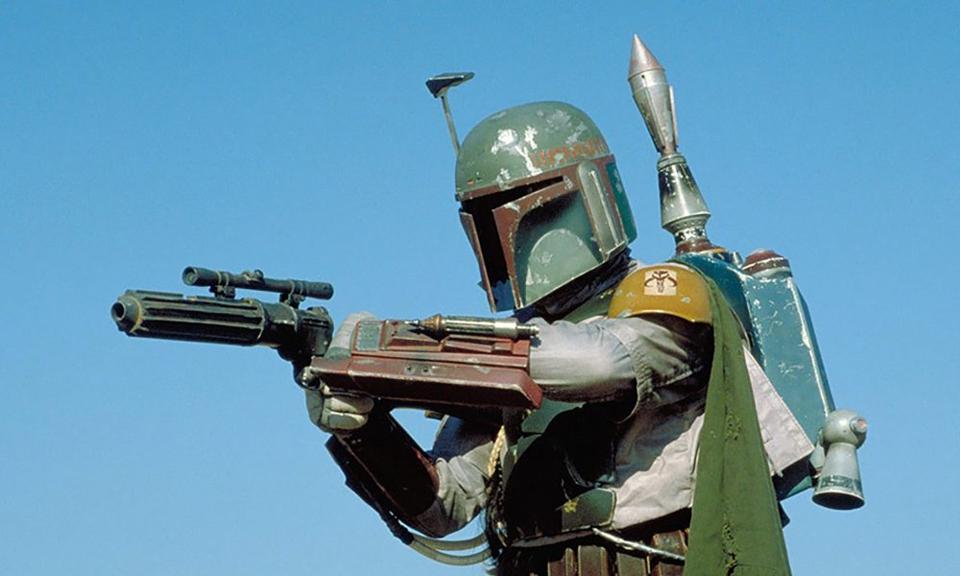 That was the end of Boba Fett, who would be slowly and agonizingly digested by the sand monster. Then again, given the popularity of the character, it wasn’t at all surprising when the Star Wars novels brought him back to life. The Extended Universe books are no longer canon, however, so as far as the current fiction is concerned, Boba Fett is still very much Sarlacc food.

The Mandalorian creator Jon Favreau has also made it a point to say that all of the characters in the show are original, though he could have been fibbing to save the big reveal.

So why do fans think this could be Boba Fett? Primarily because the figure at the end of the episode appears to be a Mandalorian (some people even thought Mando returned to the scene of the crime) but also because of the spurs. The clink-clink-clink as the figure approaches is very reminiscent of Boba Fett, who also wore spurs.

The spurs were part of an attempt to make Boba Fett a space opera version of Clint Eastwood—pretty much exactly what Favreau and Filoni are doing with Pedro Pascal’s Mandalorian. The show is a full-blown spaghetti space Western. Sergeo Leone in a galaxy far, far away.

The next two episode descriptions also offer clues. Episode 7, in particular, which reads: “An old rival extends an invitation for The Mandalorian to make peace.” This could be Fett, if he and Mando have a history we don’t know about.

Still, more likely this is a reference to Greef Carga, and it’s possible (though very unlikely) that Carga is the mystery person in the final scene.

It’s also possible that this mystery figure is Moff Gideon—the ex-Imperial governor played by Giancarlo Esposito (Breaking Bad). We’ve yet to be introduced to Gideon, and there are only three episodes left to introduce a character who could very possibly be one of the show’s primary villains. 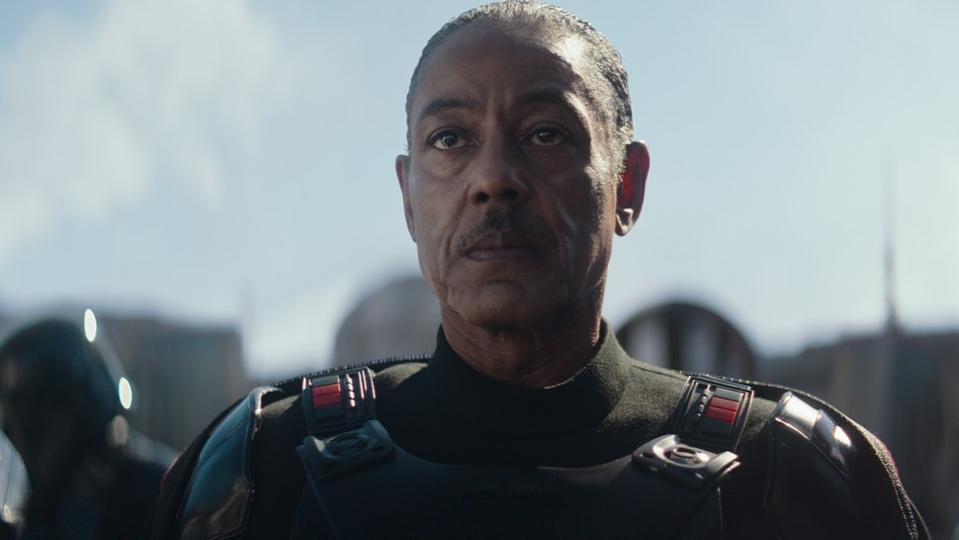 Indeed, Fennec Shand even tells Toro that she’s trying to make a rendezvous with someone. Could it be Moff Gideon? That seems likely enough. Gideon appears to be wearing armor and a cape in the above picture, which would be in-line with what we see at the end of Chapter 5.

It could be that the framing of the shot, the inclusion of spurs, etc. are all designed to just make us think this is Boba Fett. It could all be a red herring, just to get fans talking before Chapter 6 lands on Disney+ next week.

Even the hashtag #BobaFett on Twitter is showing a little Boba Fett helmet next to it, just like #TheMandalorian hashtag, which is yet another reason fans think this could be happening—but I think it’s just as likely part of a clever ruse.

For my part, I really hope that it isn’t Boba Fett. He may be the more famous bounty hunter, but Mando has far more range and depth and has become a far more interesting—and sympathetic—character over the course of the last five episodes.

I see little value in bringing back Boba Fett from the dead beyond fan-service, and there’s plenty of that to go around in The Mandalorian already. We have baby Yoda for goodness sake. Really, the only thing that might work would be a pistol duel between the two. We’ve gotten plenty of classic Western movie tropes and scenarios in The Mandalorian, but no pistols at dawn moment just yet. Of course, that wouldn’t have to be between Mando and Boba Fett.

Here Are The Best Costco Deals You Can...