For the first time in almost two years, great white sharks (Carcharodon carcharias) have been spotted in False Bay! Verified by a City of Cape Town official, the shark was spotted at Seal Island on Tuesday morning. This is a difference from the past 20 months, where the waters were eerily calm from the aerial displays these animals put on as they chase their prey. 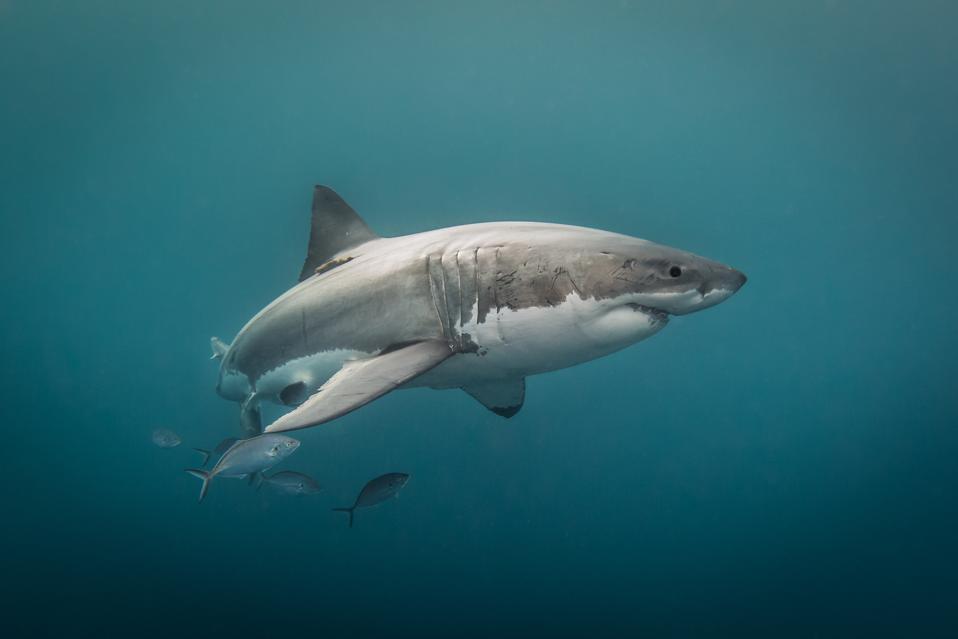 The infamous great white shark has been stigmatised as a bloodthirsty killer for decades but many … [+] enthusiasts are trying to finally rid of this misconception.

“In 2017 and 2018, their numbers reached an all-time low, with great whites completely disappearing from our surveys for weeks and months at a time,” said Neil Hammerschlag, a research associate professor at the University of Miami (UM) Rosenstiel School and Abess Center for Ecosystem Science & Policy in a press statement. “While the reasons for their decline and disappearance remains unknown, it provided a truly unique opportunity for us to see what happens to an ocean ecosystem following the loss of an apex predator.”

The disappearance of great whites from the False Bay area caused many worldwide to abandon their plans to go there to see these famous predators. And while one sighting doesn’t point to a comeback, it is a welcome sight. “We are monitoring the situation and will only be able to determine the significance, or a possible return of the great white sharks to False Bay, once more sharks are sighted over an extended period of time,” said Gregg Oelofse, who is in charge of coastal management there.

Chris Fallows, a legend both in the area and also worldwide in the shark community, and his crew were the ones who got to spot this 13-foot (4 meter) shark. Owner of Apex Shark Expeditions, he said the crew was getting ready to dive into the colder waters and look for sevengill sharks (Notorynchus cepedianus). “Following the disappearance of white sharks in 2017, sevengill began to show up for the first time [at Seal Island] and have been increasing in number ever since,” Fallows had said previously. On the other hand, great white numbers had been decreasing with Shark Spotters recording a total of 50 sightings in 2018 and none in 2019. 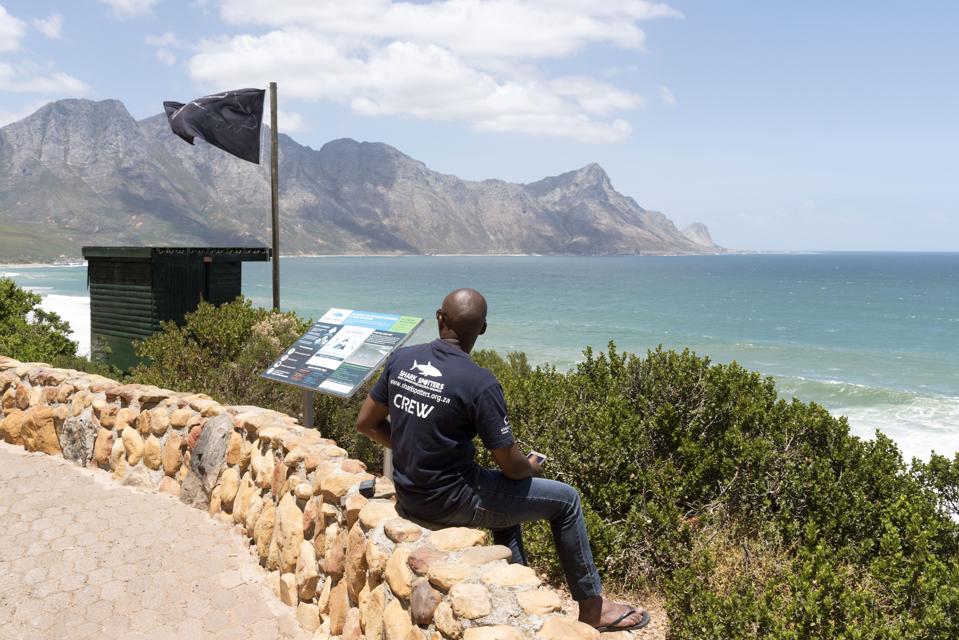 As the region waits for great whites to return, the city and Shark Spotters will continue to keep an eye out for them and other species of sharks that frequent these waters, such as bronze whaler sharks (Carcharhinus brachyurus). False Bay also provides ocean goers with a sense of security by keep a shark exclusion net deployed until March 31. This differs from a traditional shark net, which is a large-mesh lethal mitigation measure designed to catch and kill sharks. Unlike shark nets, which are nondiscriminatory and catch a range of non-target marine animals, exclusion nets are fine-meshed nets acting as barriers that keep all sharks out of an area.

Despite the worldwide high profile media attention these sharks get, especially after fatal bites (such as Gary Johnson who was bitten by a great white shark while diving off the coast of Esperance, Western Australia) many are surprised to hear they are assessed as Vulnerable (VU) by The International Union for Conservation of Nature (IUCN). Threats to this iconic predator don’t stop at just protective beach meshing; targeted commercial and sports fisheries for jaws, fins, game records are another big threat, as well as campaigns to kill great whites after fatal encounters and the degradation of inshore habitats they may use as pupping and nursery grounds.

While one sighting does not mean a comeback for these sharks, it’s a start… and that’s all we can hope for.

Spain’s Sánchez Confirmed As PM Of Leftist Coalition: What Are Their Priorities For The Economy?

CES 2020: Delta’s Vision For The Future Of Flying