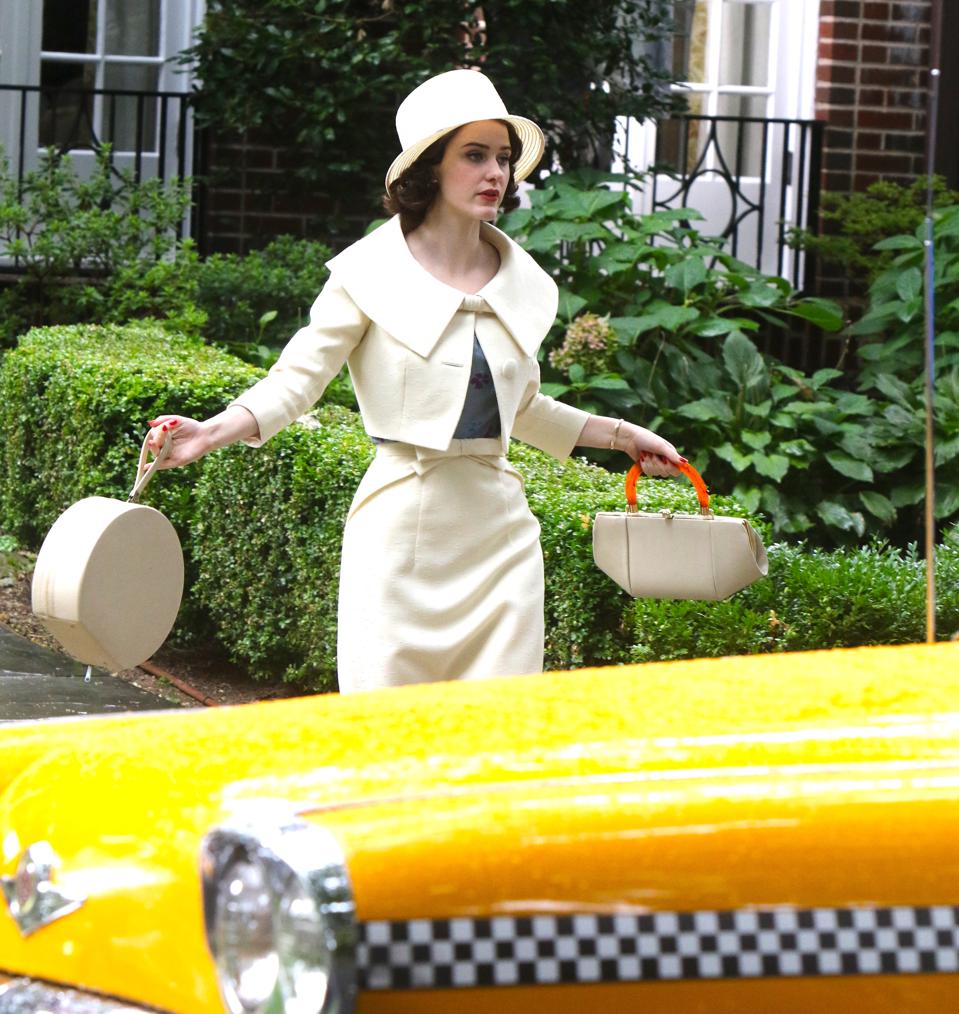 At the risk of sounding, well, old, I miss the days when a television series ended its season and I could stand at the proverbial office water cooler and discuss it. In this “when you want, where you want” world of digital programming consumption, we don’t watch an episode of any TV show in unison. So, you just never know when something will be watched. And, of course, most of the communication is on social media, which at times seems awfully impersonal. But, even with all the social commentary I was completely surprised at that final scene of “The Marvelous Mrs. Maisel” in this third season.

Overall, I have to completely disagree with the TV critics who, this season, have not been overly kind to the Amazon’s dramedy. When I watch “The Marvelous Mrs. Maisel,” I see a grand production, with attention to period detail unlike any other series…linear or digital. I see stellar performances by an ensemble rich in Emmy-worthy glory. And I watch a barrage of characters that I care about evolve into the future.

Spoiler alert: If you have not seen the season finale yet, you will find out what happens here.

While “The Marvelous Mrs. Maisel” is based loosely on the career of Joan Rivers, this was the first time I really saw it as Midge (Rachel Brosnahan) stood on stage at the famed Apollo theater in Harlem and comically bashed her boss Shy Baldwin (Leroy McClain). As Midge’s career evolved this season opening on tour for this fictional singer, as did her manager Suzie’s (Alex Boorstein) career, the morale of the third season conclusion was that anything could change without warning.

Midge and Suzie, no doubt, will have to pick up the pieces of Midge being abruptly fired for her jokes alluding Shy Baldwin’s sexual preference. That means snobby Midge’s refusal to send her son to a school in Queens will probably be reversed. And, as we learned in the season-ender, Midge’s also upscale parents, whose world spun out of control this season when Abe (Tony Shalhoub) quit his job and the family lost their apartment, both also have new beginnings. Particularly satisfying was seeing Marin Hinkle as Rose step up to the plate when she realized she has to stand on her own now without her trust fund.

Also quite amusing was watching Suzie attempt to manage Jane Lynch as nutty diva Sophie Lennon. Her character’s Broadway debut, and immediate closing, in “Miss Julie” was quite a scene!

Midge’s soon-to-be double ex, Joel (Michael Zegen), meanwhile, has opened his own club, which is a logical progression. And, yes, it was good to see the writers deal with Midge’s absence as Joel is basically raising the kids on his own now (or was, actually, now that Midge’s tour is over).

While it is easy, and fair, to nitpick that Abe and Rose would never move in with their machatanista (translation: the Yiddish word for the parents of the people your children marry), Kevin Pollack as Moishe and Caroline Aaron as Shirley Maisel were well deserving of their increased airtime this season. You could just plotz (translation: the Yiddish word to be overcome by strong emotion) from those two!

Like most streamed shows, the disadvantage is the minimal number of episodes per season. Eight are just not enough for “The Marvelous Mrs. Maisel.” But the upcoming fourth season will be well worth the wait. And, like everyone else, I will watch the next batch of episodes at my own pace. And, again…I will miss that water cooler banter.

How To Implement Progressive Web Applications And Disrupt Your Business

Green Is The Hottest Color In The Toy...