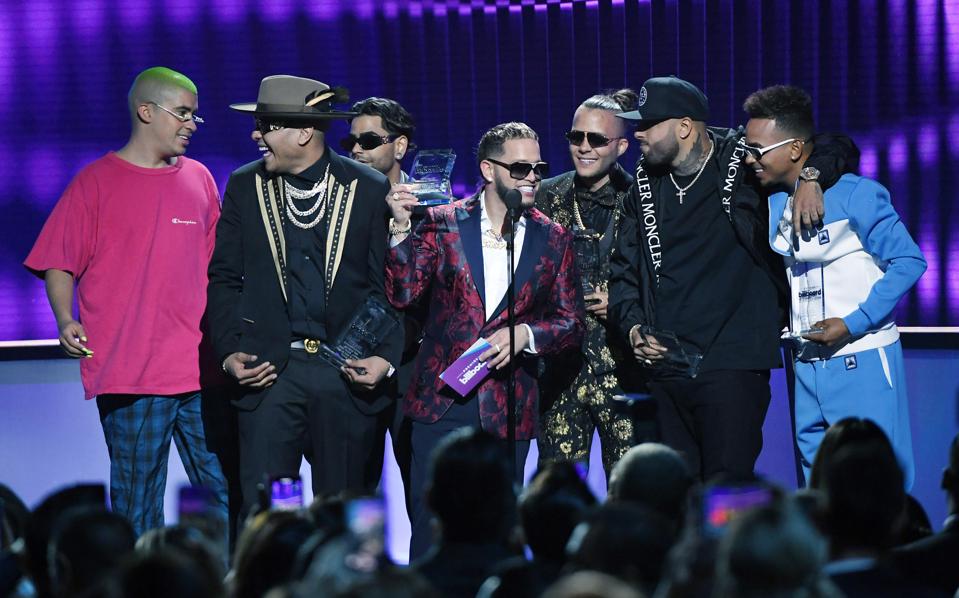 There have been many markers of música urbana’s staying power in the current listening landscape, and now another of the genre’s hugest hits surpasses another modern industry milestone.

Just over 18 months after its debut, the hugely popular “Te Boté” remix sees its corresponding music video cross the 2 billion views mark today at YouTube, placing it in a rare category at the Google-owned streaming platform.

Originally released in late 2017 and credited to the trio of Nio Garcia, Casper Magico and Darell, their reggaeton revenge track didn’t start doing serious numbers until a new version arrived with three of the genre’s most prominent names—Bad Bunny, Nicky Jam and Ozuna—added as guests.

The impact came almost immediately. Released in April of 2018, this remix subsequently topped Hot Latin Songs the charting week dated May 26. Fueled largely by digital consumption, namely streaming and paid downloads, it held that No. 1 spot for 14 nonconsecutive weeks for the remainder of that year, ultimately spending a full 52 weeks on the chart overall before being removed from consideration by Billboard as per its recurrent rules.

The “Te Boté” remix was ever-present on Billboard’s other Latin charts as well. It spent ten total weeks at No. 1 on Latin Streaming Songs, and though only reaching the top once, it had a 63 week run on Latin Digital Song Sales. The only core Latin chart it failed to top was Latin Airplay, where it peaked at No. 2. Still, the track managed to spend 43 weeks on that Spanish-language radio chart.

In addition to the Latin charts, “Te Boté” also had an extraordinary presence on Billboard’s all-genre singles chart. To its credit, it eventually reached No. 36 on the all-genre Hot 100 during a 21 week run there, defying conventional notions of what a purely Spanish-language track could do on a chart historically and generally populated entirely by English-language singles just a couple of years prior. Indeed, its online plays were so strong that the cut even reached the all-genre Streaming Songs chart, peaking at No. 20.

This August, the RIAA certified the “Te Boté” remix as 60x platino in its Latin program, signifying 3.6 million units in sales and streaming equivalents. This puts it in second place in the organization’s Spanish-language digital singles program, coming just behind J Balvin and Willy William’s “Mi Gente,” the 2017 hit that got a considerable lift when Beyoncé joined in for the remix.

While guest-stuffed remixes and posse cuts were certainly abundant in música urbana at the time, “Te Boté” nonetheless served as a model for other artists to follow in their quest for Billboard chart success and RIAA plaques. One of the most recent examples came from Anuel AA, whose 2019 summertime single “China” tapped several of the genre’s best known contemporaries including J Balvin, Daddy Yankee and Karol G for features. Without resorting to any English-language collaborators, that track topped Hot Latin Songs for a dozen weeks and peaked at No. 43 on the Hot 100.

Even the original label Flow La Movie tried to recreate the magic of its success, dropping an additional official remix with Latin trap artist Cosculluela and pop icon Jennifer Lopez. Around the same time, another version from Anuel AA emerged, believed largely to have been derived from a verse he’d contributed previously for that sanctioned Flow La Movie remix.

In the Latin music world, only a small number of videos have crossed the 2 billion plays threshold, the biggest of these being Luis Fonsi and Daddy Yankee’s ubiquitous global sensation “Despacito” (6.5 billion). A distant second behind that, Enrique Iglesias’ “Bailando” has roughly 2.8 billion views, while Balvin’s aforementioned “Mi Gente” has over 2.5 billion.

He’s Back. After Resigning, Federal Judge Accused of Sexual Harassment Returns As A Practitioner

How A Fitbit Told Jane Slater That Her...