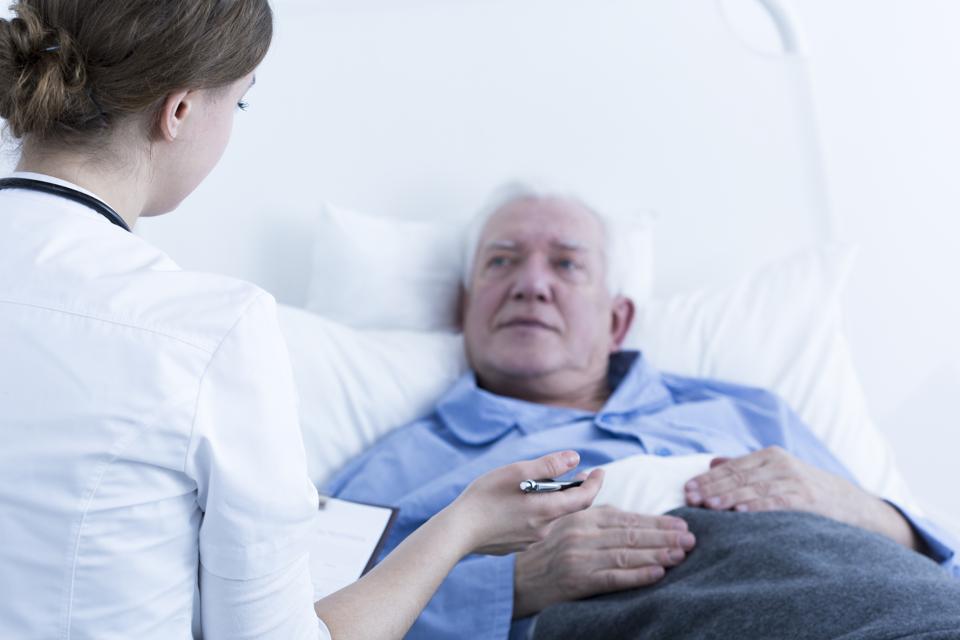 A small number of men respond very well to the immunotherapy drug pembrolizumab, according to a new … [+] study.

Results from a new clinical trial have shown that some men with advanced prostate cancer can live for at least two more years on immunotherapy after exhausting all other treatment options.

The work led by scientists from the Institute for Cancer Research in London, U.K. was published yesterday in the Journal of Clinical Oncology.

The number of men who responded to the drug, pembrolizumab (also known as Keytruda) was small, with only 1 in 20 seeing significant benefit, but strikingly, the men who did respond saw a dramatic response and sometimes gained years of life.

“Our study has shown that a small proportion of men with very advanced prostate cancer are super responders to immunotherapy and could live for at least two years and possibly considerably longer,” said Professor Johann de Bono, Regius Professor of Cancer Research at The Institute of Cancer Research, London, and Consultant Medical Oncologist at The Royal Marsden NHS Foundation Trust.

The study involved 259 men with advanced prostate cancer who had become resistant to conventional therapies such as androgen deprivation therapy and chemotherapy. Of 166 men with particularly advanced disease, the average length of survival was 8.1 months on pembrolizumab. However, nine of these patients had a dramatic response to the treatment and saw their tumors disappear or shrink. Four of the nine men were ‘super responders,’ who were still on treatment when the study ended, living far longer than expected.

“We don’t see much activity from the immune system in prostate tumors, so many oncologists thought immunotherapy wouldn’t work for this cancer type. But our study shows that a small proportion of men with end-stage cancer do respond, and crucially that some of these men do very well indeed,” said de Bono.

The researchers are now trying to figure out exactly why these ‘super responders’ saw such dramatic responses on pembrolizumab when the drug didn’t work for the majority of patients. The team reported last year that men with defects in particular proteins involved in repairing DNA seemed to do particularly well on pembrolizumab.

“We found that men with mutations in DNA repair genes respond especially well to immunotherapy, including two of my own patients who have now been on the drug for more than two years,” said de Bono, mentioning that a larger-scale clinical trial is underway to look at this.

The research team hope that by finding this out, they can more appropriately stratify which patients will and won’t respond to these expensive drugs. Clinical trials are also ongoing to combine pembrolizumab with other drugs targeting DNA repair processes, which they speculate may make some non-responders more sensitive to the immunotherapy.

The trial covered in this article was funded by the manufacturer of pembrolizumab Merck, Sharpe and Dohme.

More Foes Than Ever Before, But Volkswagen’s Hatchback King Of The World Is Fighting Back