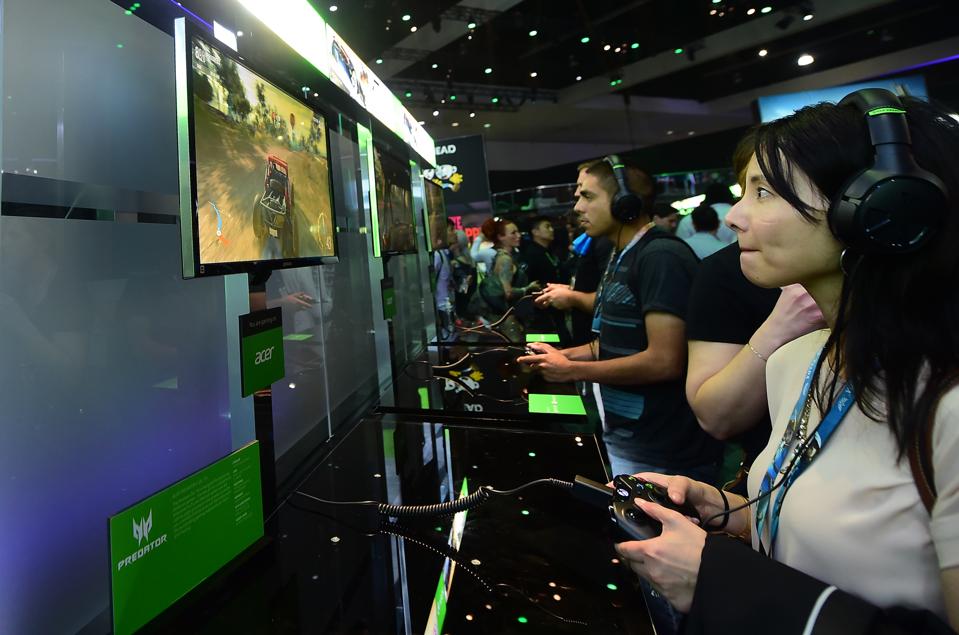 Visitors to the showroom at Acer’s world headquarters in suburban Taipei can try out a gaming contraption as big as the front section of a car. The $30,000 setup runs on a desktop. It comes with a 327-inch monitor mounted above a plush black chair, which is part of the price. Acer says 100 of the mega-units have already sold.

But now the company, ranked by Gartner as the world’s No. 5 PC developer in the third quarter, is trying to go smaller. It’s using a proprietary material called PowerGen to disperse a PC’s heat in ways that would let laptops run just as fast as desktops, company officials said for this post. A model notebook may emerge as early as December, luring gamers who want the smaller device’s portability without losing performance that normally requires a bigger machine.

This breakthrough matters because gaming is uniquely profitable but slowing global growth and an influx of competitors threatens Acer’s market share.

“Our notebook can be even better than a desktop,” co-chief operating officer Jerry Kao says. “Maybe people think of gaming on a desktop as always being stronger than a notebook, which is still true if within the company. But if you’re talking cross companies, Acer’s notebook with the PowerGen is more powerful than competitors’ desktops. To have the performance, but thinner, is what they want.”

PowerGen attaches like a pad to a PC’s central processor or graphics card to dissipate heat, company eSports general manager Andrew Chuang says. The company is also exploring designs for fans that can better expel heat, Chuang says. “With some of the technology, we can make our platform relatively slim, slimmer than others,” he says.

Desktops normally boast more speed–ideal for action gaming–because their insides are roomy enough to pack in a lot of parts yet disperse the heat they generate.

Acer has 300 gaming patents related to thermal technology, Kao says. They will help thin down PCs, make them “affordable” and keep the speeds high enough that professional League of Legends players won’t feel any hitch, he says. He says the notebooks should, sooner or later, be affordable.

More on Forbes: The World’s Most Valuable Esports Companies

Acer CEO Jason Chen has pushed since taking the top job in 2014 to develop the company’s Predator and Nitro lines of gaming PCs. He said in an interview last year gaming units made up a “high teen” share of the company’s gross margin. The company is making mice and earphones now, Chuang says, and it’s working on a sound steaming box that can send screen images to YouTube.

A team of 80 people has also come out with a package of eSports software and player analytics to keep score across players and collate data, including user comments, that can identify people from among the world’s 454 million eSports players who might qualify as coaches, Chuang says. That package, called Planet9, was beta-launched on November 22.

“Given Acer’s relative weakness in the commercial PC segment, which is dominated by the top three vendors, gaming will continue to be a major focus within the consumer space due to the relatively high average sales prices, quicker refresh cycles and the opportunity to bundle high-margin accessories and peripherals,” says Ishan Dutt, analyst with the market research firm Canalys. “We’ve also seen Acer’s willingness to bring some product innovation into its gaming line.”

Acer’s strategy in game to level-up the competition

Acer probably wants to maximize its gaming PCs as a latecomer into a market that’s now packed with competitors, says Tracy Tsai, VP analyst in Taipei with the market research firm Gartner. Gaming remains profitable, Tsai says, though growth across world markets is slowing. Taiwanese PC developers Asustek Computer and MSI started on gaming before Acer jumped in about five years ago, Tsai says. Gigabyte Technology, also from Taiwan, released a fast-running notebook for gamers in 2014.

Acer probably shipped close to 100,000 gaming notebooks and desktops in the third quarter, a high proportion of total PC shipments compared to other vendors, Dutt says. Acer shipped 4.2 million PCs of all types on the third quarter, Gartner data show. 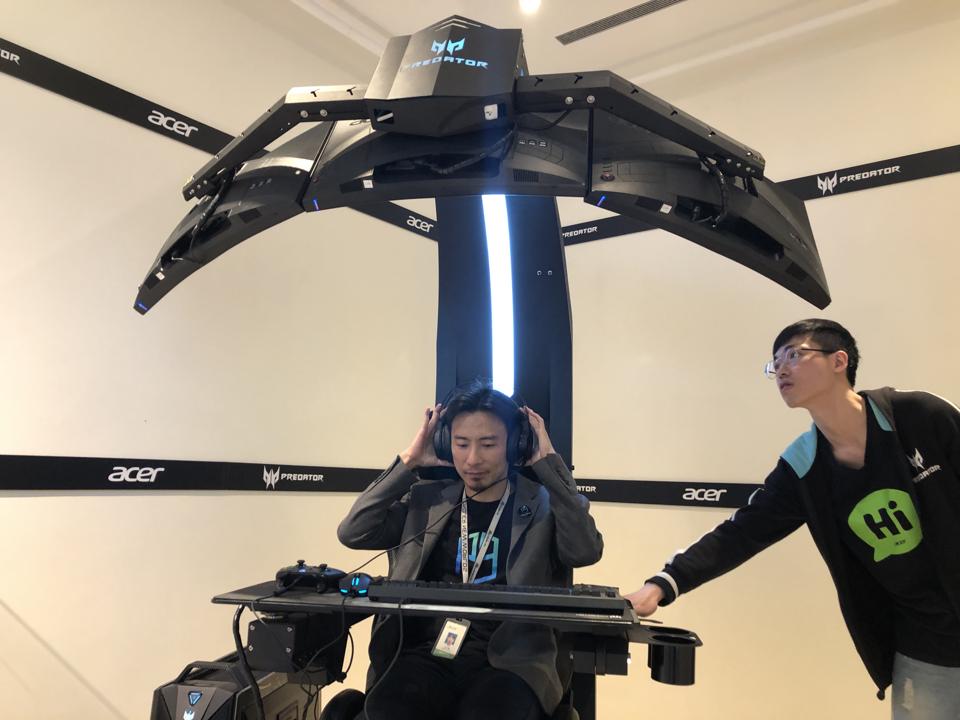 Conor McGregor’s Return is About One Thing: Millions of Dollars For UFC