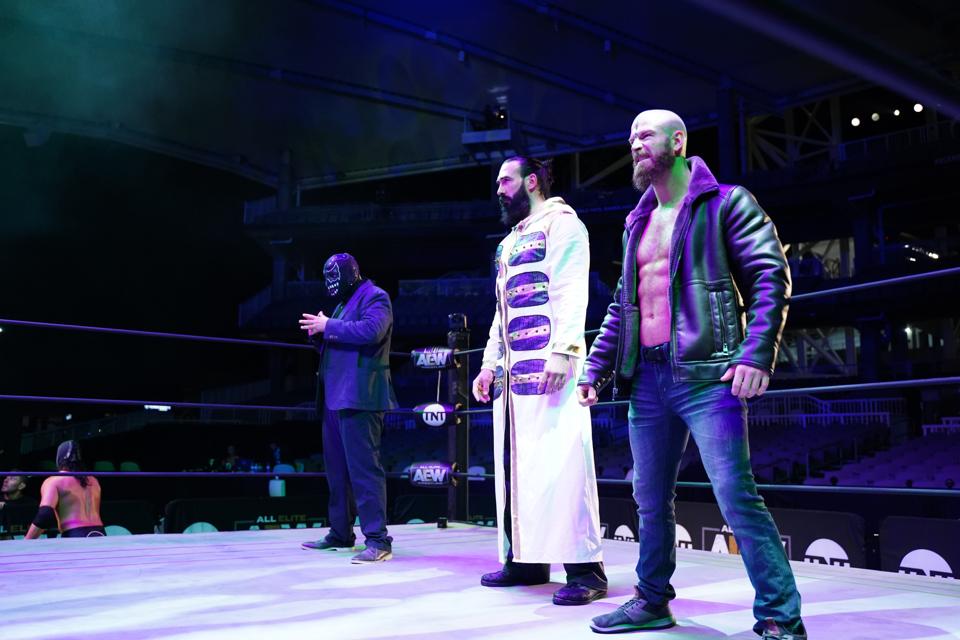 Wednesday’s broadcast of AEW Dynamite defeated WWE NXT as both promotions continue to adjust to the new normal of empty-arena wrestling amid the rapidly changing coronavirus pandemic.

WWE NXT set the stage for the latest installment of the Johnny Gargano-Tommaso Ciampa rivalry as Triple H presided over a face-to-face confrontation between the two, who are set to go one-on-one in two weeks time.

Though WWE NXT continues to trail AEW Dynamite by a considerable distance, this week’s show featured live wrestling throughout after last week’s pre-taped broadcast drew a historical low for NXT since permanently moving to the USA Network.

AEW continues to build up its newest acquisitions, as both Brodie Lee and Matt Hardy received significant television time, including Matt Hardy’s show-closing rebuff of Chris Jericho’s offer to join The Inner Circle.

Brodie Lee, meanwhile, furthered what was a noticeable theme of WWE bashing, using inside baseball to mock Vince McMahon’s hatred of sneezing during a vignette alongside minions Alex Reynolds and John Silver. The remark reportedly upset certain WWE officials in Stamford.

Later on in the broadcast, Chris Jericho flat-out accused Matt Hardy of being victimized by “bad booking,” while Cody took veiled shots throughout his stint on commentary.

WWE NXT closed with somewhat of a reveal to the “End is Near” vignettes as all signs point to Killer Kross, who was shown briefly on camera before the broadcast went off the air.

What The $2 Trillion Stimulus Package Means For The Food System

Box Office: ‘Joker’ Petering Out As It Nears...

Cuomo’s Mount Kisco Home Back On The Market...

This New Brick-And-Mortar Retail Playbook Will Only Get...