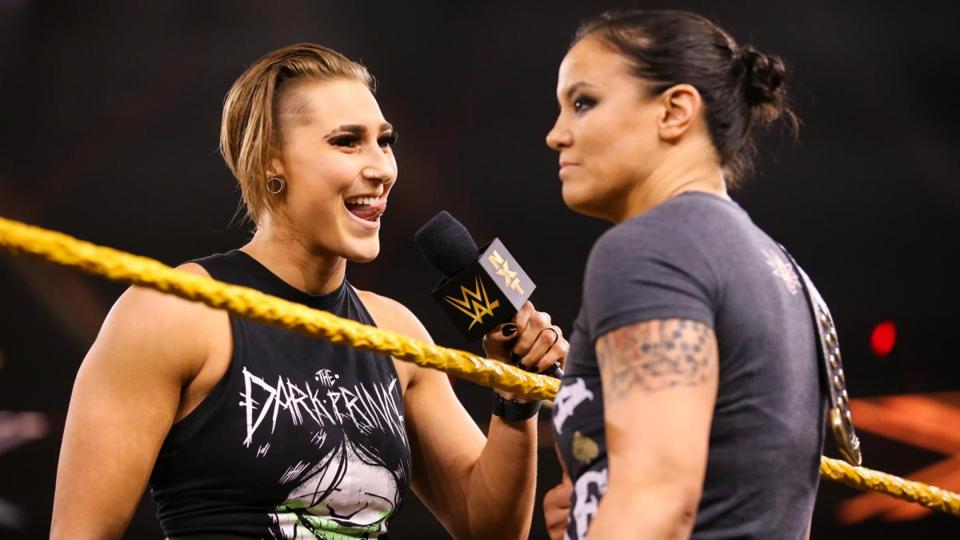 Both All Elite Wrestling’s Dynamite on TNT and WWE’s NXT on USA Network came ready to fight on the first Thanksgiving Eve of the Wednesday Night War. NXT had the first episode of the war to serve as a post-TakeOver edition on top of having the post-Survivor Series boost thanks to its wrestlers’ involvement. Dynamite, meanwhile, had a solidly loaded show that included Chris Jericho’s defense of the promotion’s world championship against one half of the company’s tag team champions, Scorpio Sky of SCU. So, how did they do?

According to ShowBuzzDaily’s belated rankings of the top 150 cable originals for the day in the key adults 18-49 demographic, Dynamite, in spite of pulling in its lowest number to date, a 0.26% rating (0.39% last week), still edged out NXT’s 0.24% rating (0.30% last week). In the aforementioned rankings, AEW came in 15th place to WWE’s 19th place.The low number and narrowed gap can probably chalked up to it being Thanksgiving Eve, especially with Dynamite being the younger-skewing show every week so far, but we’ll have a better idea of that on Thursday afternoon when the ratings for this coming Wednesday night’s shows come in. Thanks to the holiday and other seasonal factors, the upper reaches of the rankings featured shows and networks that don’t normally make it that high. The Christmas Club, the latest original movie from The Hallmark Channel, not exactly a high performer with younger viewers most of the time, came in 10th place, posting a 0.32% rating in the demo.

Again, though, this won’t mean much until we get this coming Wednesday’s ratings. If a pattern holds, then AEW brass has something to show concern about. But if they bounce back to the range they’ve hovered in since week three? Then Thanksgiving Eve meant nothing.

This Cyber Monday, Get Everything You Need For Your Best Smile Ever For $55

To Handle Disagreements at Work, Look Inside Yourself