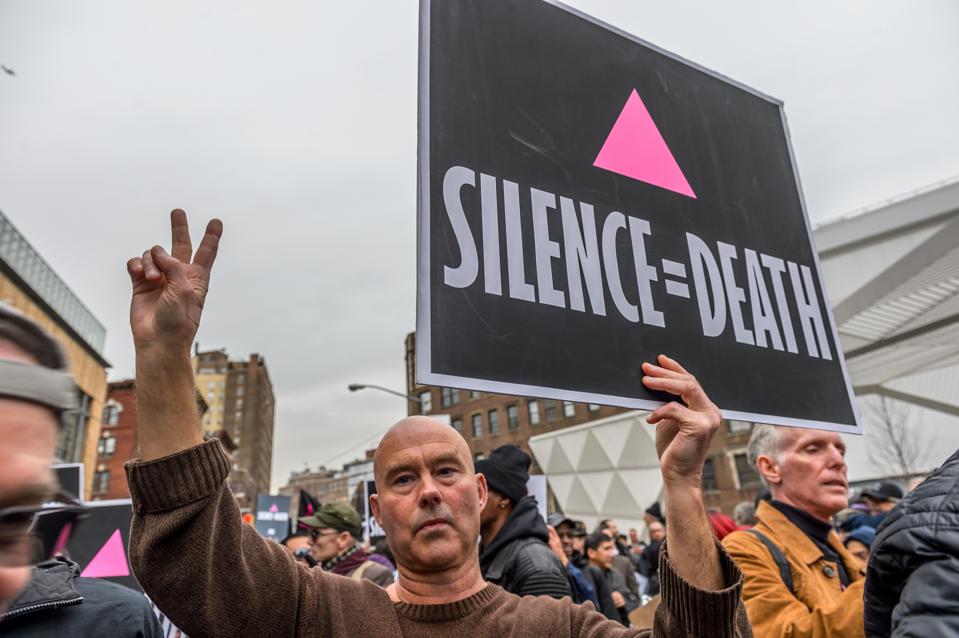 The theme of this year’s World AIDS Day is “Communities make the difference“. It is a great chance to acknowledge the critical contribution civil society and advocacy groups have made in the global fight against AIDS. Without them, 24 million people would not be on lifesaving anti-retroviral treatment today.

One such advocacy group is ACT UP. The story of ACT UP and their epic fight to get adequate treatment for HIV is beautifully captured by the documentary How to Survive a Plague, by David France, an Oscar-nominated filmmaker, and award-winning journalist.

I recently watched the documentary and also read the book. They trace the founding of ACT UP and a splinter group called Treatment Action Group (TAG), and their extraordinary struggle to advocate for HIV to be taken seriously and destigmatized, for new drugs to be developed.

The story is a gripping account of how activists in the 1980s, mostly educated, middle-class, gay White men with HIV or at risk of HIV, educated themselves to become their own researchers, lobbyists, drug smugglers, and how they forced the pharma industry, US government, funding and regulatory agencies to fast-track their response to the epidemic.

As a global health researcher, I felt incredibly inspired by the documentary and the book. They should be required viewing/reading for everyone working in global health.

What made AIDS activism successful?

I posed this question to David France. He replied, “Activists in the plague years invented modern patient advocacy by demanding and then securing a meaningful role for people afflicted with a disease in all areas of the research process. To do this, they first had to familiarize themselves with the state of the science — what was known and what was yet to be figured out. They became self-trained experts, of a sort. While they may not have been able to conduct the research themselves, their unique perspective as the intended recipients of any breakthroughs allowed them to envision streamlined methods.” 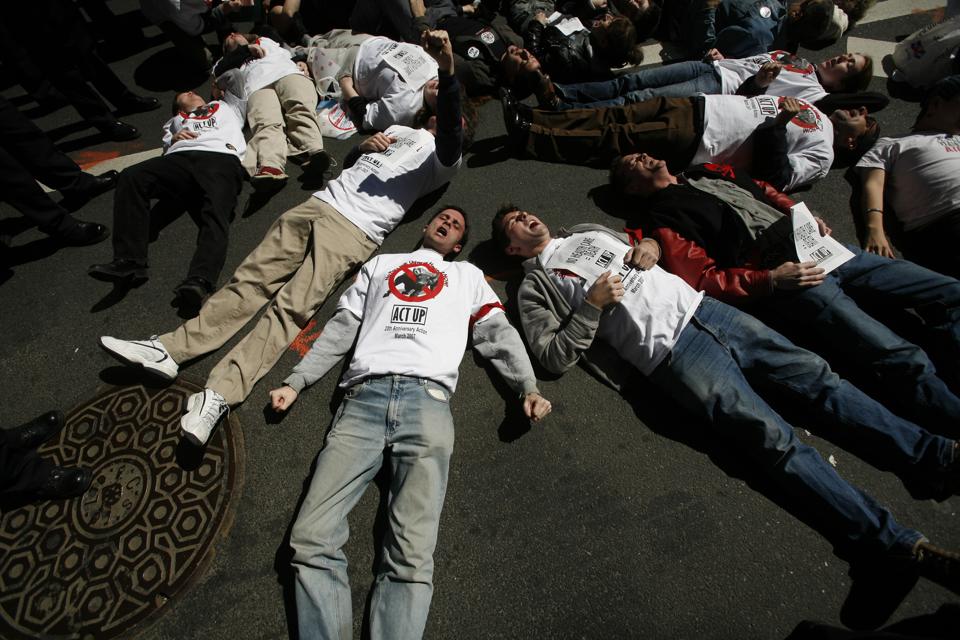 I spoke to a few other key activists who played a big role in creating ACT UP and TAG, including Gregg Gonsalves, now a professor at Yale University, David Gold, now the CEO of Global Health Strategies, and Kenyon Farrow, now a senior editor with TheBody.com. By talking to them and reading the book, I better understood what made AIDS activism successful.

They built on other movements

The HIV movement in the US was built on an already ongoing gay rights movement. “People were already connected because they were gay, politicized, organized, and already in a kind of fight mode,” said Farrow. “People were comfortable in taking on a ‘pos identity’ in a time when both being queer and HIV-positive were hugely stigmatized,” he added. In South Africa, for example, Treatment Action Campaign (TAC), which led the HIV movement, was built on the anti-apartheid struggle.

They used the fear and outrage

The HIV movement channeled the fear and anger of people infected with HIV, the most affected community. “It was directed selfishness,” said Gonsalves. “We were scared shitless. Hundreds of people went to ACT UP meetings for no other reason except they were in panic,” he added. As Larry Kramer, a key member of ACT UP eloquently said, “What makes activism work is [patients’] anger and fear…somehow you have to be able to capture that, put it in a bottle and bottle it and use it.”

They mobilized and organized

Because the HIV epidemic cut across class constituencies, irrespective of race, people could mobilize resources, and organize themselves. “People had expendable income, and could support themselves financially while doing advocacy. There were also people who were sophisticated with media, and connected with those who had wealth,” Farrow said.

“I think AIDS activism was built on privilege a little bit. There were people, middle-class, upper middle-class, with privilege,” remarked Gonsalves.

ACT UP’s innovation, according to David France is what they called their “inside/outside” strategy of training an “outside” battalion of activists shouting at the door to allow an elite “inside” team to enter.

“Nobody would have given us the time of day, unless we were shutting down City Hall, taking over the stock exchange, and storming the NIH. We scared the daylights out of people. Civil disobedience was a key feature of what happened,” said Gonsalves.

They knew their shit

AIDS activists went well beyond staging protests and getting arrested. They educated themselves about every aspect of the disease, and demanded to become full partners in developing solutions.

“AIDS transformed the doctor-patient relationship. Until that point, doctors told you what to do, and you did it. For the first time, you had a broad class of people who were doing their own research, who were looking at alternative therapies, who were questioning even the dosage of medications,” said Gold.

“We knew our shit. We did not walk into meetings saying ‘We are HIV-positive and you are going to listen us.’ Instead, we said ‘We are positive, and here are our ideas for how to deal with the issues,’ said Gonsalves.

They got into the weeds

‘Nothing about us without us’ became a key principle of AIDS advocacy. But activists had to fight hard for this principle. They got involved in every aspect of the epidemic, from pharmaceutical R&D, funding of AIDS research, design and conduct of clinical trials, drug approval processes, drug pricing and access. The first ever research agenda was developed by the activists, not scientists. So, their advocacy was science and evidence-based. They also demanded greater transparency on every aspect of the HIV response.

“AIDS transformed the relationship between citizens and the biomedical research institutions,” said Gold. “If industry had spent billions of dollars on the drug approval process, they would not have gotten the same impact that the AIDS activists had,” he added.

“I don’t know another social movement, where people are so well versed in so many different areas of science, policy, and research. People really made an effort to create create ‘community experts’ irrespective of educational training,” said Farrow.

AIDS activism in the US also inspired many other such movements across the world. As captured in the documentary Fire in the Blood, groups in countries like Brazil, South Africa and India played a key role in making HIV medicines more accessible.

The key question is how can those working in other areas of global health adapt and use the AIDS activism playbook? Not all aspects of the playbook might be transferable, but the core elements of a patient-led mobilization, inside/outside strategy, and science-based advocacy might be transferable.

According to David France, breast cancer advocates have tried to emulate the AIDS activism. “It proved to be adaptable. They set up community advisory boards at all levels of the breast cancer establishment, lending their perspectives and knowledge to the challenge,” he said.

TB, on the other hand, could do a better job of learning from the AIDS playbook. Despite being the top-ranked infectious killer of humans, progress against TB remains slow. A key reason is affected communities are still struggling to claim a central role in the fight against TB.

Mark Harrington of TAG, one of the leaders of ACT UP, compared HIV with TB advocacy. He writes, “During the past 40 years, TB research suffered from stunted growth, emotional deprivation, shrunken ambitions, and slight obsessive compulsive-like disorder, in which TB controllers engaged in repetitive behaviors, speaking an internal jargon not readily understood by others… Strong activism and massive scientific investment have boosted the global response to AIDS, whereas TB has suffered from weak advocacy and anemic research funding.” To address this, TAG tracks TB product pipelines as well as gaps in research funding.

Chris Dendys, Director of RESULTS Canada, says “TB advocates need to get angry. We need to take to the streets – but also work the corridors of power to generate more political will and more resources for what is the world’s leading infectious killer. Like the AIDS movement was able to do, we need to make the fight to end TB about more than health, we need to make it about a fight to curb injustice and inequity.”

I hope everyone working in TB will watch How to Survive a Plague. There is no shame in learning from a relatively new epidemic, to end one of the oldest epidemics.

Love Beer? This Is Why Münster Should Be On Your Travel List

Why The Samsung Galaxy Flip Leaked Video Is...

What’s Hot In 2020—Immersive Developments To Watch Out...