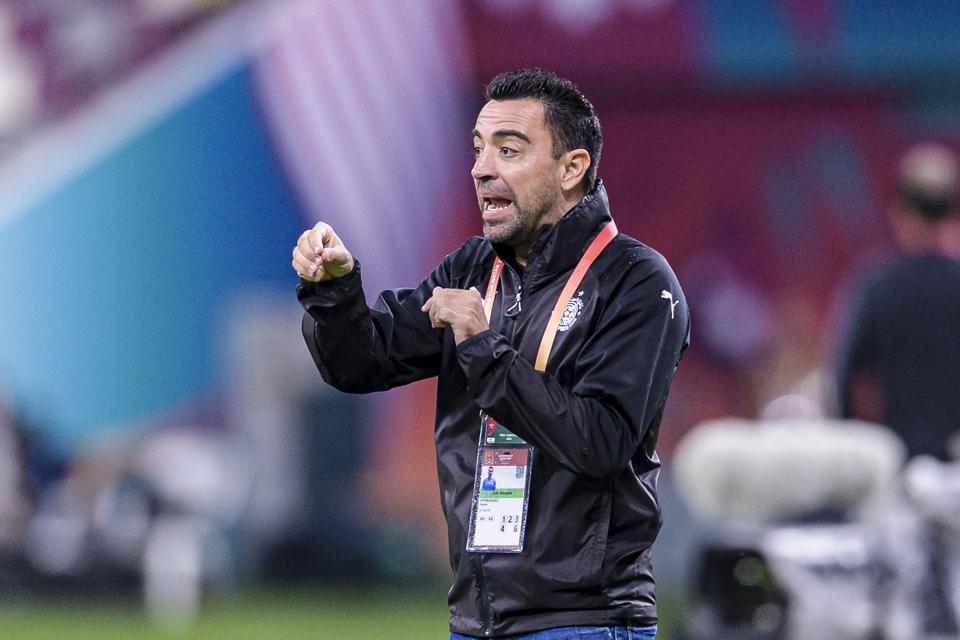 Al-Sadd have confirmed that Xavi Hernandez is currently negotiating with FC Barcelona, in relation to succeeding Ernesto Valverde as first team head coach.

This was confirmed by Muhammad Ghulam Al Balushi, the Qatari club’s sporting director, on local TV station AlKass prior to his side’s Qatar Cup semifinal clash with Al-Rayyan.

‘There are negotiations between Xavi and Barcelona [going on] now and we wish him well wherever he wants to go,’ Al Balushi remarked.

According to Mundo Deportivo, director of football Eric Abidal and chief executive Oscar Grau are still in the Middle Eastern country while the rest of the delegation has already flown back to Spain following Barça’s 2-3 defeat to Atletico Madrid in Thursday’s Super Cup semi final.

This evening MD attests, the pair will again make contact with the club legend to outline the details of a potential deal, which as claimed by AS this weekend is meant to contain an offer of two-and-a-half years in the Camp Nou hotseat.

The Madrid-based daily newspaper has since stated that ‘the possibility that Xavi takes charge of Barcelona and starts next week is gathering pace’. Yet as Al-Sadd came out on top in the mentioned showdown with Al-Rayyan in thrasing them by four goals to one, he must stay on until at least January 17th when the final will be contested.

Two days later, on January 19th, FC Barcelona play their first home match of 2020 against Granada, in what could be a sensational coronation for the former La Masia graduate.

The Blaugrana’s all-time apperances leader, Xavi spent 17 glorious years in the first team which took in four Champions League titles, a sextuple under Pep Guardiola in 2009 and a treble on Luis Enrique’s watch in 2015 before heading to Qatar.

Playing a further four years in the 2022 World Cup host nation, he is a shock candidate to replace Valverde, who has fallen out of favour with fans owing to two consecutive continental failures at the hands of Roma and Liverpool despite back-to-back La Liga crowns.

Making his first comments on the matter on Saturday evening, Xavi said: ‘I can’t hide my dream of training Barcelona one day, and I would like to train Barça, but now my focus is on Al-Sadd. I can’t talk about what happens at Barcelona because I respect the club and Valverde’

Regarding his sitdown with Abidal and Grau, the former Spain international added: ‘Abidal is my friend, but I have to respect Barça and Al-Sadd. My goal is [focusing on] the next game, and I can’t deny it, but they came here to see [Ousmane] Dembélé. I can’t talk about this topic and the conversation as it was on many issues, and as I mentioned, I am currently focusing on Al-Sadd and the Qatar Cup final on Friday against Al-Duhail’

Weather In Space Sent Electricity Surging Through The Soil On Earth

How To Find The Right Shareholder Relationship Management...

Why This Tech Pioneer Says Real Success Has...