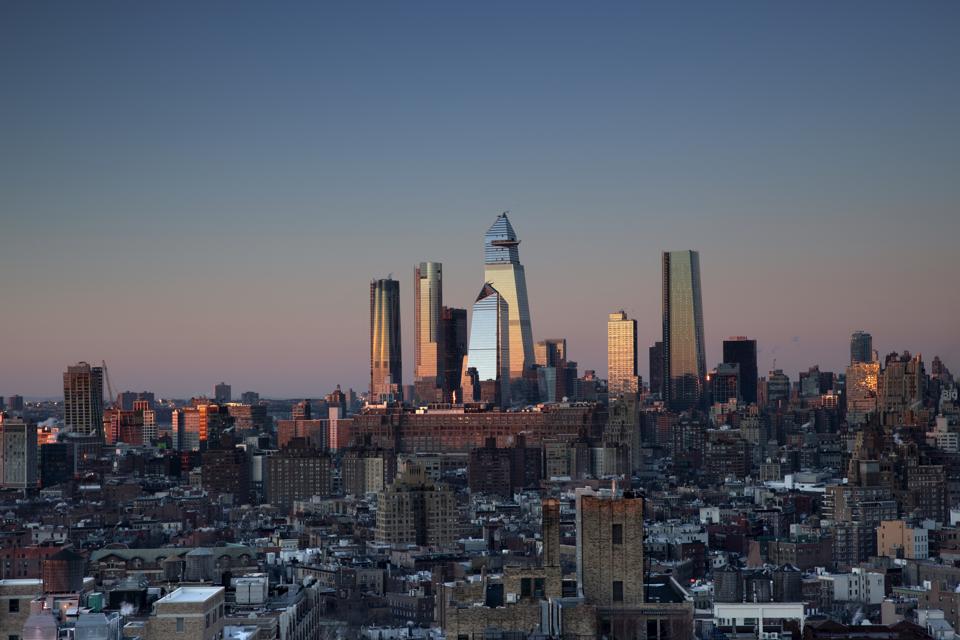 View towards the skyscrapers of Hudson Yards in Manhattan.

Amazon has signed a new lease for office space on the west side of Manhattan less than a year after it ditched a plan to create a second head office in New York City.

That so-called HQ2 plan was scrapped by the company after local activists and politicians, including Alexandria Ocasio-Cortez (D—N.Y.), strongly objected to plans by the city and New York State to grant Amazon some $3 billion in tax breaks and other financial incentives.

Now, the e-commerce giant is planning to occupy 335,000 square feet in the Hudson Yards neighborhood of the city—but this time without any financial inducements. The new investment is on a much smaller scale than HQ2, which envisaged bringing some 25,000 positions to the area. Amazon says its new plan involves over 1,500 roles.

After the news came out, Ocasio-Cortez, who was one of the most vocal opponents of the HQ2 incentives, tweeted: “Won’t you look at that: Amazon is coming to NYC anyway—*without* requiring the public to finance shady deals, helipad handouts for Jeff Bezos, & corporate giveaways.”

The move shows Amazon is still desperately keen to tap into the rich pool of tech talent in New York, in spite of the antipathy it faced over HQ2. At a time when there are some 700,000 open tech jobs in the U.S. according to CompTIA, a tech industry trade association, tech giants can’t afford to shun the few tech hubs like New York City that offer relatively deep pools of labor and vibrant tech ecosystems.

Other tech giants are scaling up in the city, too. Last month, Facebook announced it is creating a 1.5 million square-foot campus, also in Hudson Yards, and is negotiating additional space at a development near Penn Station. In July, Google closed a deal to lease 1.3 million square feet in Manhattan as part of a plan to add 7,000 new jobs in New York City over the next ten years.

Why Rivals Intel And MediaTek Teamed Up To...