Taking a look back at another week of news and headlines from Cupertino, this week’s Apple Loop includes new video of the iPhone 12, unlocking your car with your iPhone, iPhone 9 design confirmed but facing delays, 5G for the iPad Pro, HomePod sales rise, and France fines Apple for hiding battery problems.

The iPhone 12 Video That Goes A Keyboard Too Far

We’re not quite at the point where the geekerati can lock in the design of the iPhone 12 family, but there’s enough information out there to make some stunning educated guesses. The latest concept video comes from ConceptsiPhone. Just ignore the laser keyboard and focus on the design, suggests Zach Epstein:

“The verdict is still out on what Apple plans to do with the notch in 2020. [Analyst Ming-Chi] Kuo says it’ll still be there to house the TrueDepth camera components Apple needs for its Face ID system, though it’ll be a bit smaller than the current notch on the iPhone 11 and iPhone 11 Pro series. Other reports suggest that the iPhone 12 phones might have uniform bezels all around the screen, and that new smaller TrueDepth sensors will be hidden inside the bezels. That’s the dream, of course, and we can see quite clearly that an iPhone 12 with a true all-screen design would be absolutely breathtaking.“

Unlock Your Car With Your iPhone

There’s also some more curious hooks inside the latest update of iOS 13. Assuming your iPhone has the required hardware (so any of the iPhone 11 family), iOS is being set up to use ultra sideband alongside BlueTooth low energy to allow your iPhone to be used as a wireless car key. Filipe Espósito reports:

“iOS 13.4 contains references to a “CarKey” API, which will make it possible to use the iPhone and also the Apple Watch to unlock, lock, and start a car. According to the system’s internal files, users will be able to use CarKey in NFC-compatible cars, as they only need to hold the device near the vehicle to use it as a key.

“It will not be necessary to authenticate with Face ID, similar to what happens with Express Transit Cards. This also means that the feature will work even with iPhone or Apple Watch out of battery.”

The Clue Is In The Case

Looking forward to the iPhone 9, there’s a level of agreement within the case industry on the design. With every third-party manufacturer settling on a single design (but perhaps to the name) it’s odds on that the iPhone 9 design is as expected… essentially the iPhone 8 with better specs:

Of course there is a risk that when the phone arrives it’s not going to fit in your case and the expensive moulds have to be junked. But the industry is well connected to each other. With everyone following the same trend there is a presumption that one or two of them could have been given a quiet nod of ‘that’s the way to go’.

The simple fact that the case industry has settled on a design for the iPhone 9 is a clear-cut case of Taniyama-Shimura in action…. everyone knows it’s true, but we’re all waiting for it to be proven.

Tim Cook may be knows as something of wizard with the supply chain, but even that magic is not going to help if the factories are closed. Thanks to the safety considerations in place around the coronoavirus outbreak, both Foxconn and Pegatron are facing heavy disruption. That means iPhone 9 production is going to be hit. That could mean minima stock at launch, or even a delay of the launch. Chance Miller reports:

Kuo stops short of making any actual shipment predictions in this investor note because “there are still many uncertainties.” He does warn, however, that there are risks of new product shipment delays and lower-than-expected iPhone sales due to the coronavirus outbreak. 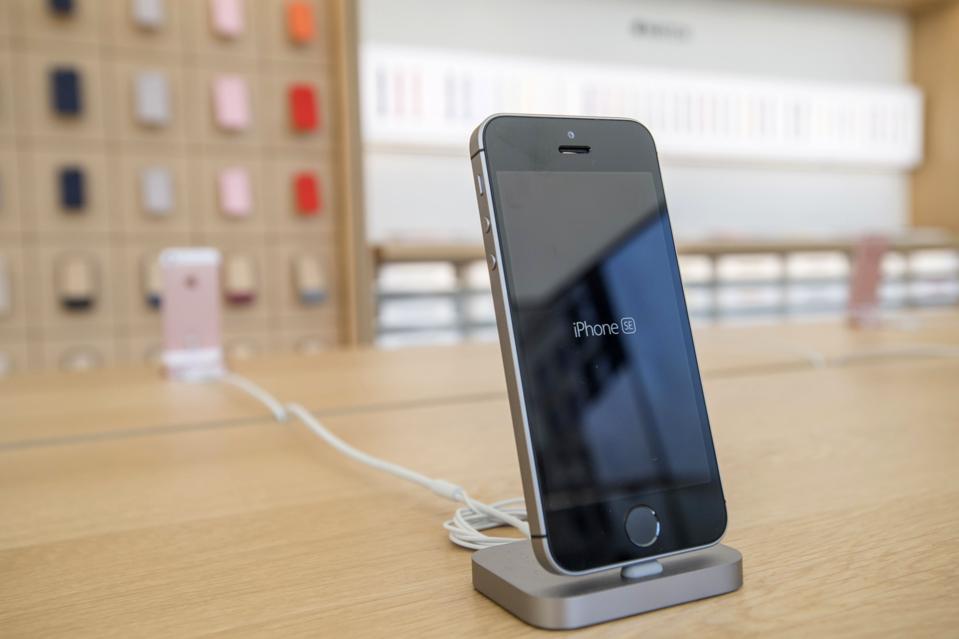 5G With Your iPad Pro?

As well as the iPhone 9, Apple is expected to announce the new iPad Pro tablets at its presumptively scheduled march event. But those looking for a more mobile tablet might want to hold off… a 5G iPad Pro may be arriving later in the year. Joe Rossignol reports:

[The report claims] that the devices will be equipped with 5nm-based A14 chips — likely A14X for the iPad Pro — and support a combination of mmWave and sub-6GHz. Qualcomm is expected to supply its Snapdragon X55 modem for the iPhones, but the report does not specify which modem the iPads will use.

While it might not be reaching the same numbers as Amazon’s Alexa or Google Assistant, Apple’s Siri powered speaker has seen increased sales over the last year. Luke Formhel reports:

Apple sold just 2.6 million HomePods into the retail channel worldwide in the last three months of 2020, a new report claims. While that is up from the 1.6 million units it shipped the same quarter a year earlier, it’s still a fraction of the total shipped by market leader Amazon.

“The price is still very high,” David Watkins, director at Strategy Analytics, told Cult of Mac. “That closes the door to a huge swathe of potential customers.”

You may recall Apple slowing down older iPhones to prevent users suffering battery failures when their phone was placed under a load. Unfortunately Apple did not tell users it was making these changes when iOS was updated. French authorities have now fined Apple for this practice. Jay Barmann reports:

France’s Directorate General for Competition, Consumer Affairs and Fraud Prevention (DGCCRF) announced Friday that Apple would be paying the fine, and recognized that it had lied to consumers by omission when they did not inform them of how certain iOS updates would affect iPhone 6, 7, and SE models.

As part of the settlement with the DGCCRF, per the BBC, Apple has to display a message on its French language website admitting that it “committed the crime of deceptive commercial practice by omission.”

Four New Business Metrics That Will Matter Most...