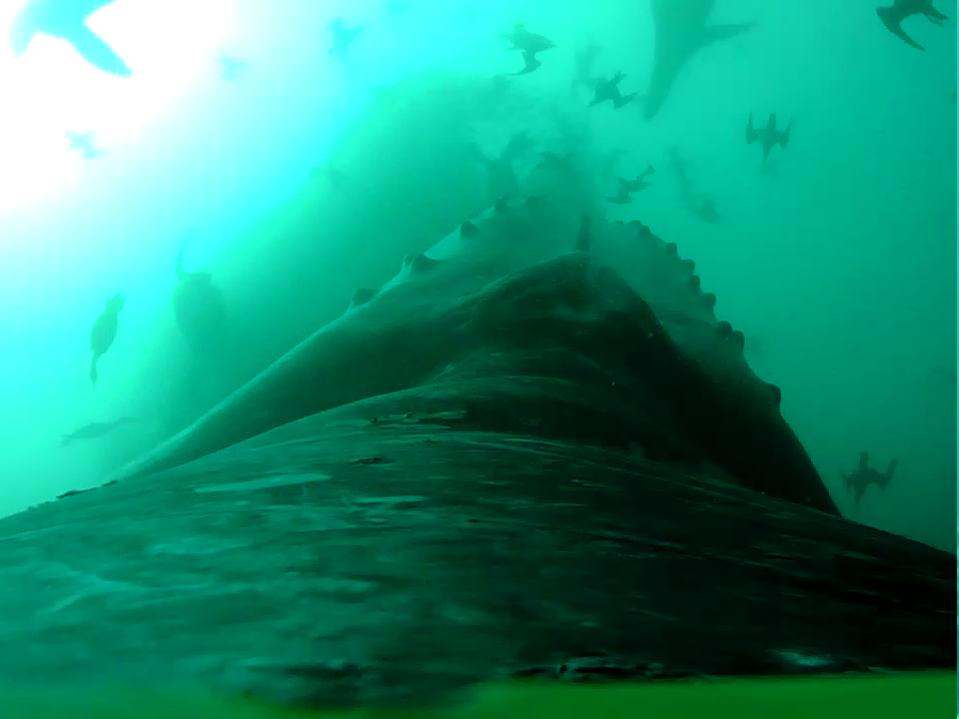 A humpback whale lunges at a large patch of anchovies.

Despite the humpback whale’s large size – at times over eighty feet long – humpback whales are voracious consumers of tiny, speedy fish that are easy to scare.What’s more, these fish often swim at speeds barely faster than the whale hunters themselves. So how are these whales able to catch their fill?

Humpback whales hunt using a method known as ‘lunge-feeding’ – they rapidly accelerate, or lunge, with their mouths agape to gulp down lots of fish at once. “Lunge-feeding whales need dense concentrations of prey to forage effectively, yet fish schools could easily disperse and render lunge-feeding ineffective if they sensed a threat,” explains David Cade, lead author of this study. 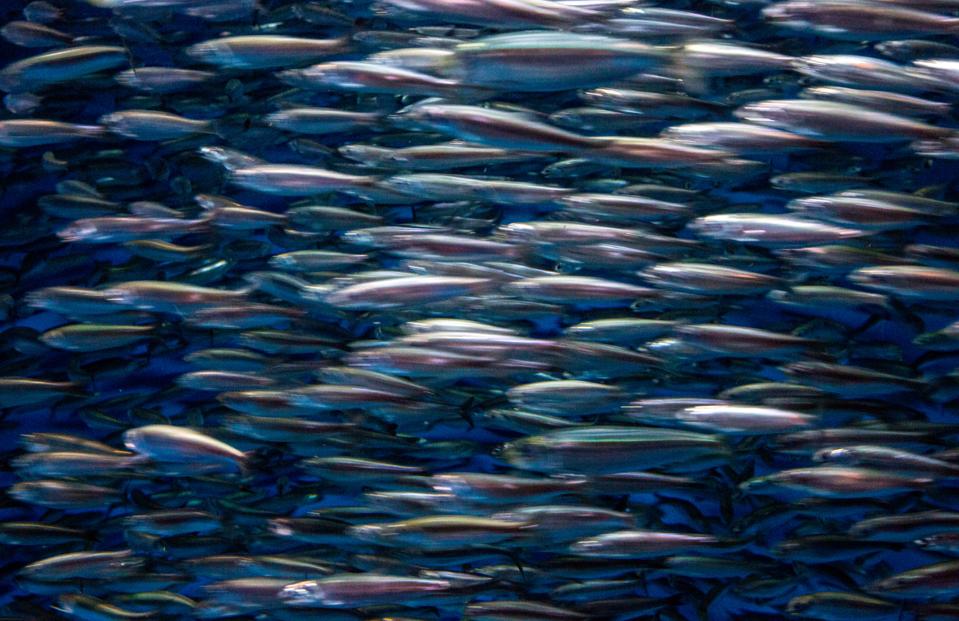 A school of anchovies at the Monterey Bay Aquarium.

To understand how humpback whales prevent fish dispersal, researchers measured how anchovies react to a virtual predator – a widening dot representing the expanding jaw of a lunging whale. These experiments were then used to predict how many anchovies would typically escape from an oncoming whale.

“[The virtual whale] allowed us to discover that the range of values at which a fish responds to an oncoming predator are all passed nearly simultaneously at a point when the whale opens its mouth, suggesting that by precisely timing its engulfment, the whale can avoid triggering escape responses in fish.”

In other words, by waiting to open their mouths until the right moment, humpback whales avoid alerting the fish of their attack and are able to capture a mouthful of fish. Based on these simulations, researchers discovered lunging humpbacks can capture as much as 60% of a school of anchovies at once.

“This made sense when we realized that fish have been evolving to avoid being eaten by smaller predators for at least 100 million years, but lunge-feeding is a relatively new feeding strategy, evolutionarily speaking,” Cade added. 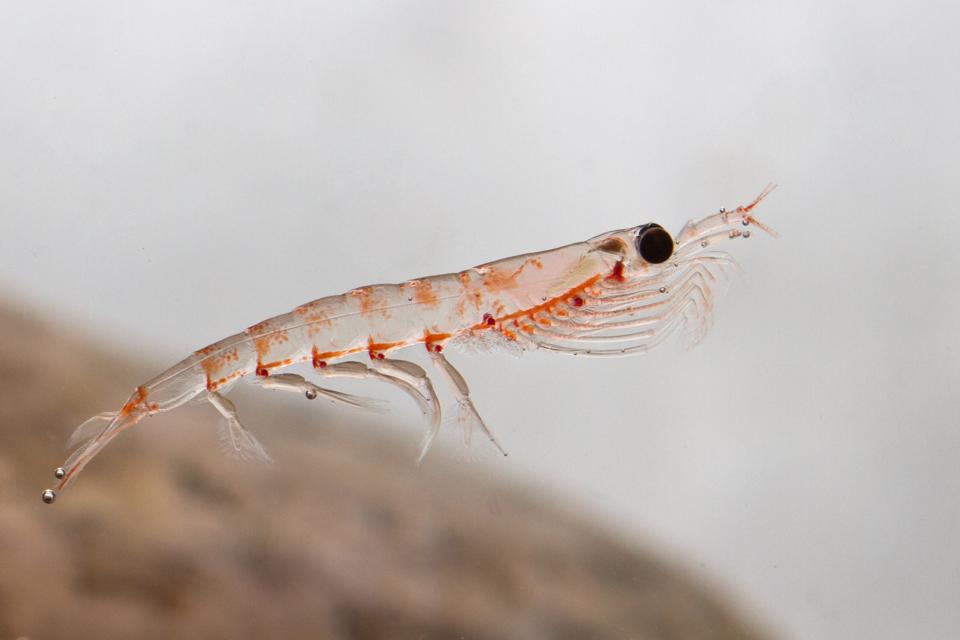 An Antarctic krill floating in the water.

Lunge-feeding comes at a cost. When humpback whales lunge for their prey, they also gulp a lot of water that must be filtered out before the whales may swallow their catch. The opening of the mouth is also hard work for a whale during a quick lunge. Like opening an umbrella against an oncoming wind, the whales must use quite a bit of energy to quickly widen their jaws and feed on these darting fish.

Notably, humpback whales also eat krill, which are far less capable of darting away from a predator. Accordingly, the humpbacks do not delay the opening of their mouths when chasing krill, avoiding the energetic costs of lunging and high-speed jaw opening. Nevertheless, given the greater metabolic reward of a fish meal over a mouthful of krill, stealthy fish feeding is more energetically efficient per lunge for a humpback than feeding on krill.

The $250 Trillion Burden Weighing On The Global Economy In 2020

Create Plan B For Elder Care