Home Technology As The U.S. Becomes Isolationist, China Is Becoming Globalist. The Implications For Energy And Trade?
Technology

As The U.S. Becomes Isolationist, China Is Becoming Globalist. The Implications For Energy And Trade? 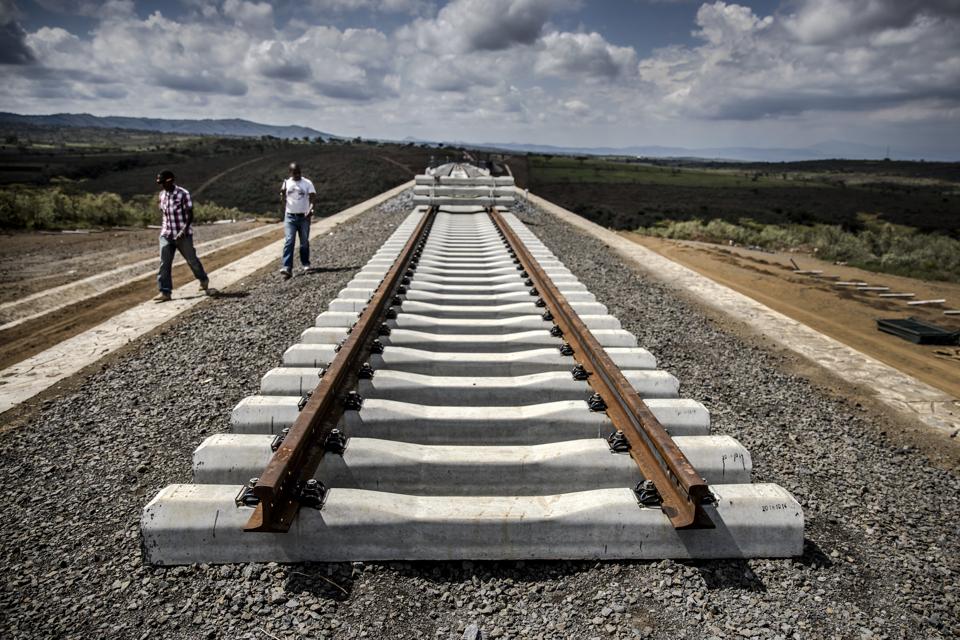 Incomplete rail tracks for the Standard Gauge Railway (SGR) line lay on the ground near Duka Moja, … [+] Kenya, on Thursday, May 9, 2019. China is now the single largest financier for infrastructure in Africa, funding one-in-five projects and constructing every third one, according to a Deloitte report. Photographer: Luis Tato/Bloomberg

The great paradox now in geo-political circles is that the United States is becoming more isolationist while China is increasing its global presence, especially through its so-called Belt and Road Initiative (BRI.) China is thus accelerating its international trade ties while gaining more access to new technologies.

BRI stretches across four continents and 76 countries, creating an expansive network of railways, pipelines and highways. By doing so, China is creating partnerships in places that lack such infrastructure — a move that has the potential to embolden its trade ties with regions that may now be purchasing U.S. goods and services. Its total oversea’s investment could reach $1.3 trillion over the next seven years.

Over 12 days in November, the China-United States Exchange Foundation took this reporter and others across four cities in China. And along the way, we had discussions with Chinese and American businesses, Chinese government officials and diplomats as well as representatives from think tanks, and trade groups. Most such talks were off-the-record, although the content of the interviews is included here.

As far as BRI goes, China emphasizes that it has no desire to exercise global control — only to increase the potential markets for its products and services. To that end, it is a country with 1.4 billion people and it will remain an importer of all sorts of goods, especially liquefied natural gas that it has been getting from the United States. It admits, however, that it has easier access to Qatar and Australia. And once it inks long-term contracts with other suppliers, the United States will have lost out. Hence, this country has a strong incentive to resolve the trade dispute, now made even more problematic because of the unrest in Hong Kong.

“China will not isolate itself,” once Chinese source said. “It will seek new world markets. The markets cannot wait.”

The United States, meanwhile, is withdrawing from the Paris climate agreement, allowing China the room to play a more integral role. Coal now supplies 59% of China’s energy mix but natural gas is expected to replace much of that over time. Already the percentage of coal has fallen and its air quality has vastly improved over the last five years. China is also working on advanced nuclear generation and increasing its percentage of renewable fuels. Its goal is to reach net-zero CO2 emissions by 2050 and net-zero greenhouse gas emissions by 2070. 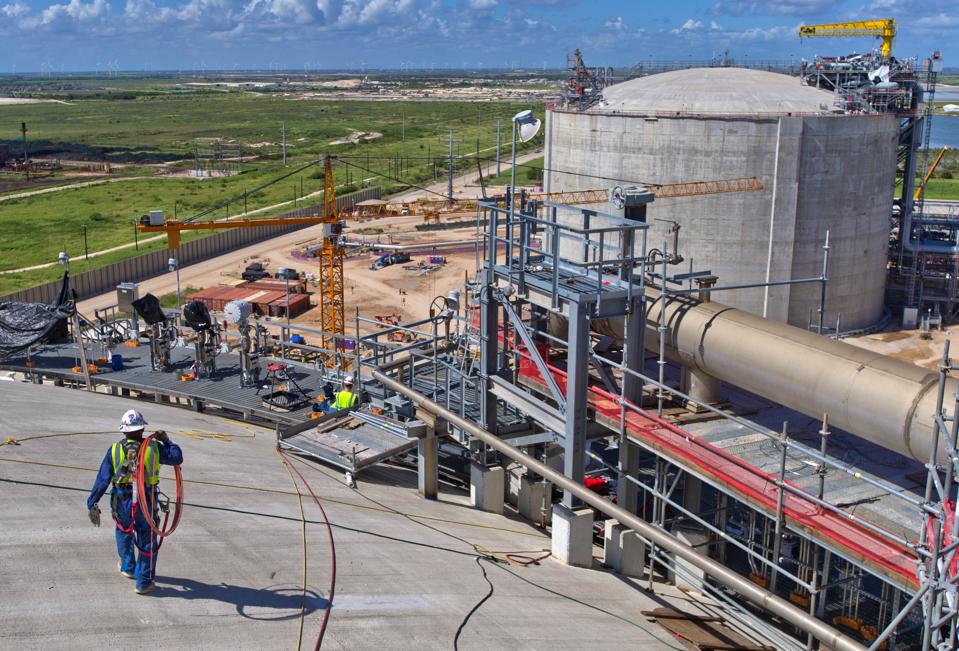 A worker carries wiring during construction at the Cheniere Energy Inc. liquefied natural gas (LNG) … [+] export terminal in Corpus Christi, Texas, U.S., on Wednesday, Oct. 3, 2018. On Wednesday, Cheniere Energy said it started producing liquefied natural gas for the first time at the Corpus Christi plant. It plans to fill up the tank with 43 million gallons of super-chilled LNG that’s slated to be shipped to gas-hungry countries like China — a rosy prospect unless trade tensions escalate between the world’s two biggest economies. Photographer: Eddie Seal/Bloomberg

But could China actually dominate the global economy and international trade? Its foreign investment has the potential to alienate the host countries — just as it once did for ambitious U.S.-based multinational corporations, which were accused of soaking up profits and then moving on. China, for example, is making loans to developing countries while brining in many of its own workers to build the needed infrastructure.

China responds by saying that the purpose of BRI is to increase economic and cultural cooperation among the countries with which it is investing. It seeks only a win-win proposition — not a zero-sum game in which one party walks away with all the marbles. The same deal is open to any country. And it underscores that China’s global pursuits are not intended to change the rules of the game: it says it supports strongly the rules set forth by the World Trade Organization.

“We would prefer this trade conflict be settled sooner rather later because it is a tremendous benefit to both countries,” says one Chinese source. “We want to have quick settlement and find common ground.”

The U.S.’s retraction and China’s expansion is a manifestation of Donald Trump’s world view. The Trans Pacific Partnership drafted by the Obama administration was intended to create open and fair markets. The simple premise: to align the other 9 nations that are still part of the agreement as one force against any country that would violate the tenets. Such a policy would have had a more profound impact on the sanctity of intellectual property and reciprocity.

By contrast, tariffs have raised cost to consumers while giving China a reason to buy such things as LNG and soybeans from other suppliers. Bilateral trade between the U.S. and China had reached $600 billion, allowing American companies to find success in China, with the preponderance of them planning to expand: such businesses not only set up manufacturing plants but they also sell to China’s burgeoning middle class — about 400-600 million people.

“The Trans Pacific Partnership tried to change the dynamics,” says one American business source. “It would have made China the odd-man out.” Australia, New Zealand and South Korea are among the nations now part of this agreement, as well as Japan that has taken the leadership position.

Without a doubt, China uses its market power to effect outcomes. And a centralized government makes it much easier to bring about changes. To be credentialed internationally, China needs to improve its transparency and to ensure that foreign businesses have access to domestic markets.

By all accounts, China is a work-in-progress that operates increasingly as a capitalistic society. As such, it needs global technologies and managerial experience, creating huge opportunities for entrepreneurial companies.

By the same token, China says that the developing nations around the globe are advancing more rapidly because of its BRI initiatives — moves that give the Asian giant a chance to improve its economic relations in places from which the United States is retrenching. In a growing economy, there’s room for all players. But if a central player defaults, that nation has only itself to blame.