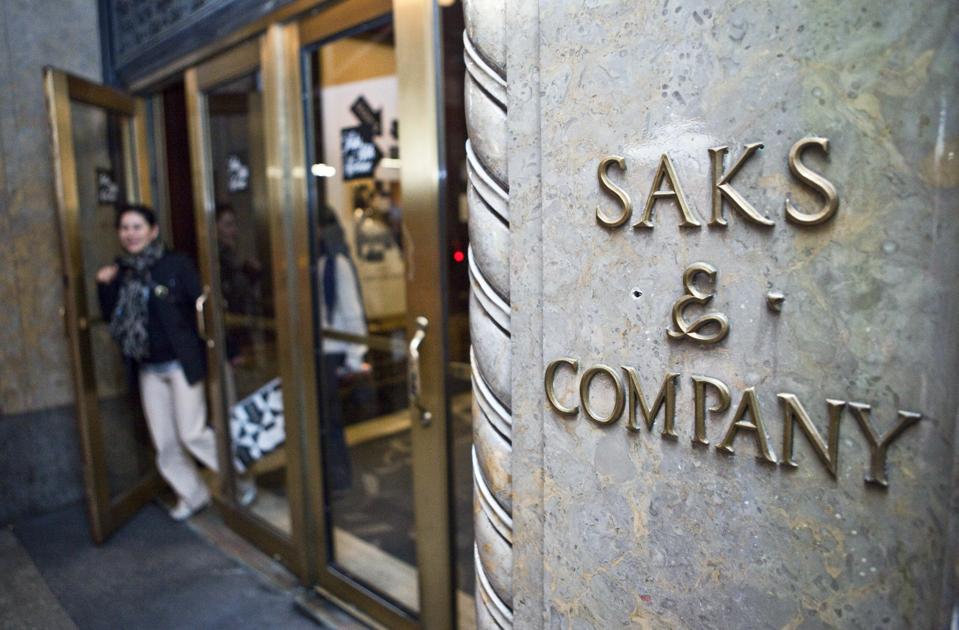 Boy, that was fast…even for New York.

In an email announcement to its customers today, less than two months after it was sold off in pieces, Saks Fifth Avenue made it official: Barneys – or at least a virtual version of the famed luxury specialty store – was now open for business.

“Barney’s is now part of the Saks family,” the message read, “and we’re excited to invite you to be one of the first to shop Barneys at Saks, now on saks.com.”

Sure enough the link took you to the Saks site and a new landing page for Barneys where shoppers could find 2,273 items in women’s, men’s, beauty, kids and home. There was even a sale section and as if that weren’t enough, the email promised a 15% discount on your order…excluding an excessively long list of brand and departments that made one wonder exactly which of those 2,273 items were actually included in the promotion.

And just in case you missed the change, typing in the Barneys.com address on your browser also took you directly to the Saks page.

Saks got the Barneys name from Authentic Brands Group, which bought the rights to the name in the bankruptcy proceedings and promptly licensed it to Saks. At the time ABG said other licensing deals might be imminent and Saks said it expected to have a physical representation of Barney’s as well as the virtual one.

A separate liquidation sale started in early December at Barneys remaining stores, including its Madison Avenue flagship, as well as online. Initial markdowns were almost comical in their limited size and scope, though they did gradually increase. It’s unclear how this liquidation merchandise is being handled; the physical stores will continue to stay open for several more weeks as they wind down their inventories it has been reported.

Also unclear is how many of Barneys legendary designer labels made the transition to Saks and whether they represent new names for the store or were already part of its assortment. Among the brands featured on the Barney’s page are such luxury stalwarts as The Row, Acne Studios, Givenchy, Prada, Gucci, Tom Ford, Saint Louis crystal and Christofle.

A pop-up window on the new page welcomes shoppers to Barneys at Saks “where you can shop many of your favorite Barneys New York favorites.”

Whatever the eventual shake-out of Barneys at Saks will be, one thing is certain: no need to cancel your Fred’s lunch reservation…they’ve already taken care of that.

Emotional Health Is The Most Important Factor For...

Safeguarding The Future Of Your Company – Coronavirus...