On February 5, Bernard “Bernie” Madoff filed for compassionate release from federal prison. Madoff is 81 years old and is currently scheduled for release from prison on November 14, 2139 … you read that right …. 119 years from now.

Madoff was sentenced to 150 years in prison by U.S. District Judge Denny Chin (Southern District of New York), one of the longest “non-life” prison terms ever handed down. Judge Chin, who sat for a New York Times interview in 2011, said that he thought of imposing a shorter sentence of 20-25 years but ultimately concluded that a sentence of that duration “would have been just way too low.” One has to think that 150 years is way too high. 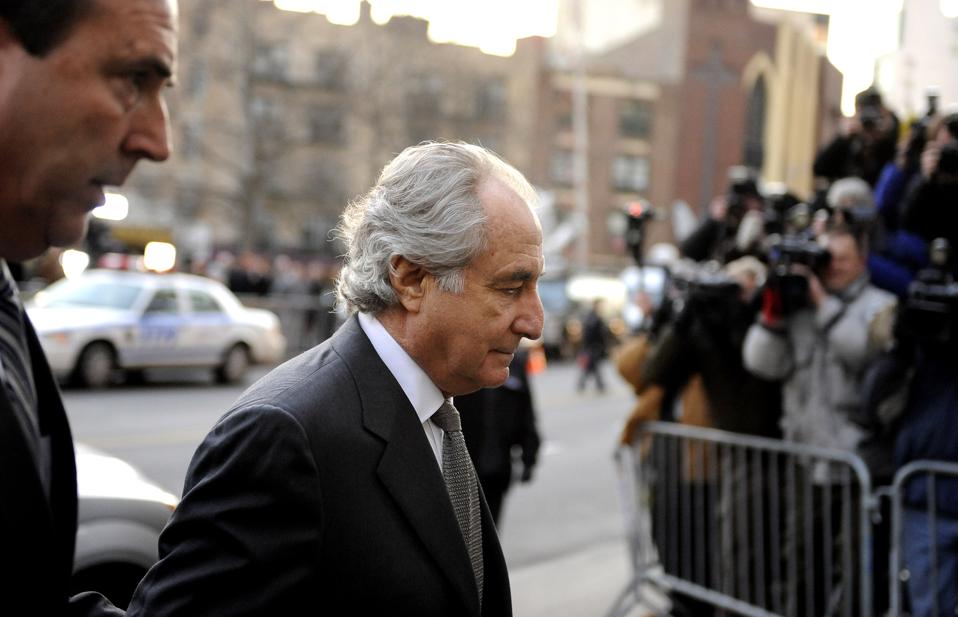 NEW YORK – MARCH 12: Financier Bernard Madoff arrives at Manhattan Federal court on March 12, 2009 … [+] in New York City. Madoff is scheduled to enter a guilty plea on 11 felony counts which under federal law can result in a sentence of about 150 years. (Photo by Stephen Chernin/Getty Images)

There is no doubt that Madoff is a career criminal, who got away with his crime for decades. He inflicted pain on thousands of people and costs an insurmountable amount of pain on victims who invested in his firm. He deserved the sentence he received but there is still an out for him through compassionate release.

Inmates like Madoff are in the Department of Justice’s Victim Witness Program, that gives a notification to the victims of an offender’s crime that the inmate has applied for release … in this case a compassionate release. Madoff would have applied through the administrative remedies allowed every inmate to petition for release based on serious health issues. There are three levels of administrative review, at the prison level, regional and finally national. In the old days, a detail at the national level would have meant the end of the road for the inmate’s prospect of leaving prison early. That changed with the First Step Act, passed by Congress in 2018. Now, inmates, once they have exhausted the BOP administrative process, can petition the US District Court where they were sentenced. Look for a log jam of cases coming to a courthouse near you.

In December 2019, a federal judge granted a compassionate release to former WorldCom CEO Bernard Ebbers, His petition clearly stated the remedy offered for compassionate release under the First Step Act. Earlier this month, just over a month after his release, Ebbers passed away. Government prosecutors and a number of victims opposed the release of Ebbers who was convicted of heading the largest accounting fraud in U.S. history. Ebbers release was supported by the BOP So how do we weigh whether someone qualifies for supervised release.

Many people die while in the custody of federal prison each year, so the imminent prospect of death is not an automatic ticket for release from prison. In fact, there are terminally ill inmates in custody, some in advanced treatment for illnesses in one of seven federal medical centers located across the country. One of those is in Butner, NC, where Madoff is currently held.

Part of the Trump Administration’s First Step Act addressed the use of Compassionate Release by the Bureau of Prison, releasing inmates who are terminally ill. As Madoff’s attorney Brandon Samples wrote, “Madoff does not dispute the severity of his crimes nor does he seek to minimize the suffering of his victims. Madoff has expressed remorse for his crimes. Now, after over ten years of incarceration and with less than 18 months to live, Madoff humbly asks this Court for a modicum of compassion.”

According to Madoff’s petition to the Southern District of New York, the BOP denied his petitions for release. So now a judge will determine if Madoff makes it back to this side of the fence.

The cost to house an inmate, a healthy inmate, in federal prison runs approximately $30,000+ each year. Those with medical conditions can cost in excess of $100,000/year, a growing problem with aging US inmates. According to the USA Today Article from last fall, inmates over 55 years old are the fastest growing population in federal prisons. One of the challenges that the BOP must address is its growing medical care budget. The BOP spends over $1.2 billion / year on inmate healthcare.