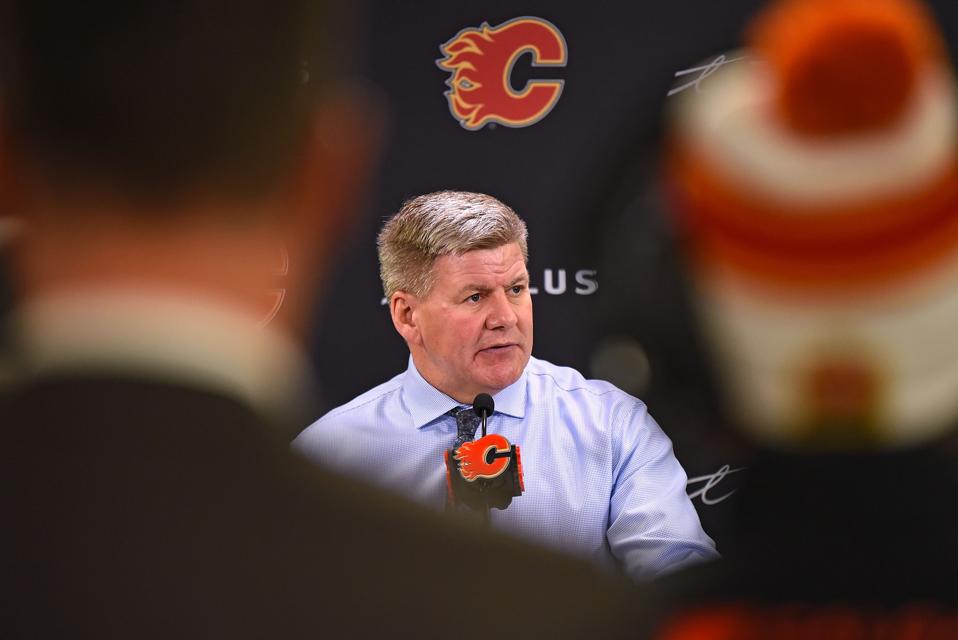 Bill Peters is out as head coach of the Calgary Flames after an investigation into allegations of misconduct that included the use of racial slurs and physical abuse.

The team announced Peters’ resignation on Friday during a press conference.

“This morning I received a letter of resignation from Bill Peters, which I accepted,” Flames general manager Brad Treliving said. “Effectively immediately, Bill Peters is no longer a member of the Calgary Flames organization.”

Peters’ transgressions were brought to light by former NHL player Akim Aliu. The Nigerian born winger wrote on Twitter that the coach “dropped the N bomb several times towards me in the dressing room in my rookie year because he didn’t like my choice of music.” Aliu played for Peters in 2009-10 when they were members of the Rockford IceHogs, the Chicago Blackhawks’ AHL affiliate. Peters has since acknowledged the incident in an apology statement, which Aliu called “misleading, insincere and concerning.” Aliu added that he has accepted an invitation to meet with the NHL as part of the league’s investigation and that he won’t have more to say until that takes place. Treliving said that he talked Aliu as part of Calgary’s probe into Peters.

Following Aliu’s revelations, other allegations against Peters surfaced. One of Peters’ former players with the Carolina Hurricanes, Michal Jordan, said the coach kicked him while on the bench. Jordan also alleged that Peters hit another player. Hurricanes coach Rod Brind’Amour, one of Peters’ assistants in Carolina, confirmed the incidents.

“It for sure happened,” Brind’Amour said.

With Peters out as Flames head coach, the team will turn to assistant coach Geoff Ward. A longtime assistant coach, he will operate on an interim basis.

Duet With Big Sean Is A ‘Billboard’ Milestone For Jhené Aiko

Why It’s Misleading That Buttigieg Called Himself “The...

BTS Is Now Tied For The Most Major...

The New England Patriots Are Quilty Of SpyGate...