Bitcoin and cryptocurrencies have been written off by many as nothing more than a flash-in-the-pan fad, riddled with scams and criminals.

The bitcoin price, which looks set to close the year at twice its January price, has remained highly volatile—while sluggish bitcoin adoption continues to worry those in the crypto industry.

Now, amid warnings that the “fragile” fiat currency system will be put under strain in years ahead, Germany’s troubled Deutsche Bank has asked, “will fiat currencies survive,” in what it calls the “multi-trillion dollar (or bitcoin) question.” 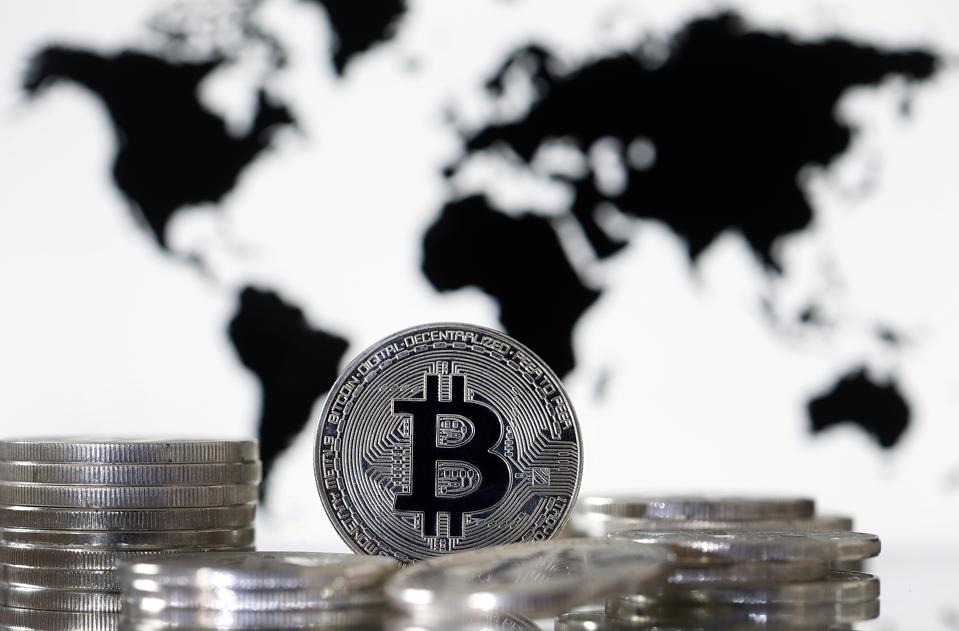 Could bitcoin take over the world by 2030? Deutsche Bank analysts think it’s not outside the realms … [+] of possibility.

“The forces that have held the current fiat system together now look fragile and they could unravel in the 2020s,” Deutsche Bank strategist Jim Reid wrote in a report looking at 24 alternative ideas for the next 10 years.

The report blamed “decades of low labor costs” and inflation for weakening the fiat system and comes after a year that’s seen the bitcoin price boosted by social media giant Facebook’s plans to launch its own private cryptocurrency, dubbed libra, and countries from China to the European Union begin to explore how to create digital currencies of their own.

Central banks are still struggling to offset the effects of the global financial crisis that birthed bitcoin, with worries another so-far-unidentified crisis could be looming on the horizon.

“Will fiat currencies survive the policy dilemma that authorities will experience as they try to balance higher yields with record levels of debt,” Reid asked. “That’s the multi-trillion dollar (or bitcoin) question for the decade ahead.”

Bitcoin is often touted as an antidote to the central bank, debt-based monetary system, picking up the moniker “digital gold” for its built in scarcity. There will only ever be 21 million bitcoin, with the supply drying up in the distant year of 2140.

Reid’s comments put him at odds with outgoing European Central Bank executive board member Benoît Cœuré, who last year described bitcoin as “the evil spawn of the financial crisis,” and has outlined plans for a European “central bank digital currency” to rival the likes of Facebook’s libra.

Deutsche Bank, which has seen its value cut by 90% in the ten years since bitcoin was created, has also predicted corporate and government banked cryptocurrencies will drive crypto adoption.

“Assuming governments back cryptocurrencies, and consumers want them, adoption rates will drive the timeline for mainstream use,” Reid wrote. “If current trends continue, there could be 200 million blockchain wallet users in 2030.”

Deutsche Bank has forecast there could be more than 200 million bitcoin and cryptocurrency users … [+] around the world by 2030.

Meanwhile, other banks are warning that the year ahead could bring an overhaul of the “status quo.”

“We see 2020 as a year where at nearly every turn, disruption of the status quo is an overriding theme,” Saxo Bank’s chief economist Steen Jakobsen wrote this week in a report titled “10 Outrageous Predictions for 2020.”

“The year could represent one big pendulum swing to opposites in politics, monetary and fiscal policy and, not least, the environment. In policy making, it could mean that central banks step aside and maybe even slightly normalize rates, while governments step into the breach with infrastructure and climate policy-linked spending.”

The New Tax Forms You Need To Know