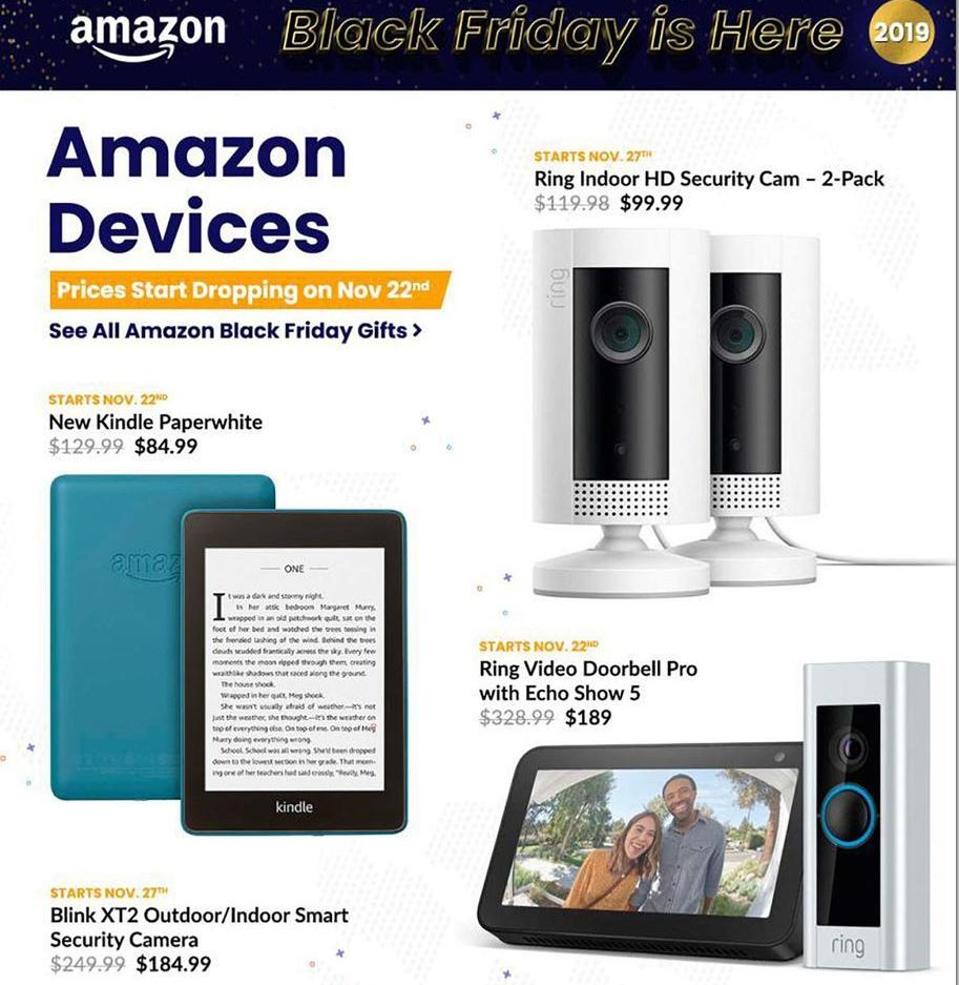 Home security and smart speaker tech are undoubtedly two of the most popular categories this Black Friday. But which stores have the best deals?

Buying directly from the company that makes the devices is, generally, a good rule of thumb for finding the best deals. That holds true for this year’s Black Friday, too. But there are good deals to be found at third-party retailers, especially if you have a gift card to spend or some other sort of loyalty discount.

Google has discounted virtually all of its latest smart home tech. The Nest Doorbell is $80 off, whilst the impressive Nest Hub Max is $30 off (the original Nest Hub has a better $80 off, but the new device is more impressive). The new Nest Home Mini is $20 off and you can pick up the Nest thermostat for $70 off . There are bundle options available for indoor and outdoor Nest Cams, including $300 off for a three pack of Indoor Cams and $100 off a two-pack of the Nest Cam Outdoor IQ.

Target is selling last year’s Nest Hub and Google Home with a $50 discount for each. Amazon’s Echo 3, Echo Show 5 and Echo Dot 3 are between $22 and $40 off. Sticking with Amazon there’s $60 off the Ring Door Bell 2 and the a two pack of Ring indoor cameras come with a $20 gift card.

Best Buy has last year’s Nest Hub at $50 off, and this year’s Nest Hub Max at $30 off. There’s also a big $80 off for the Nest Hello Doorbell and $70 off a two-pack of outdoor Nest Cams. You can also save $20 on the second generation Nest Mini, too.

For Amazon’s tech, Best Buy has $80 off a two pack of Echo Show 5 devices, and a huge $139 off a Ring Doorbell, Echo Show and Chime bundle. Elsewhere you can pick up the Ring Doorbell Pro and Chime Pro bundle for $120 off.

There are similar deals at Walmart, with the Nest Hub Max getting a $30 discount and the second generation Nest Mini getting a $20 discount. Elsewhere you can pick up the Google Home for $80 off and the less talked about, but very capable, Google Home Max gets a big $200 off. The Nest Hello Doorbell is $70 off too.

If you’re buying a smartphone from Walmart or Target, you can pick up between $200 and $450 in gift cards, plus an additional $250 gift card from Walmart if you trade in your old phone. So you could feasibly pick up one of these additional smart home devices for free.

Amazon Goes All Out With New Black Friday Tech Deals