Home Business Black Friday-Cyber Monday Shopping Rush Is Over, But These Trends Are Here To Stay
Business

Black Friday-Cyber Monday Shopping Rush Is Over, But These Trends Are Here To Stay 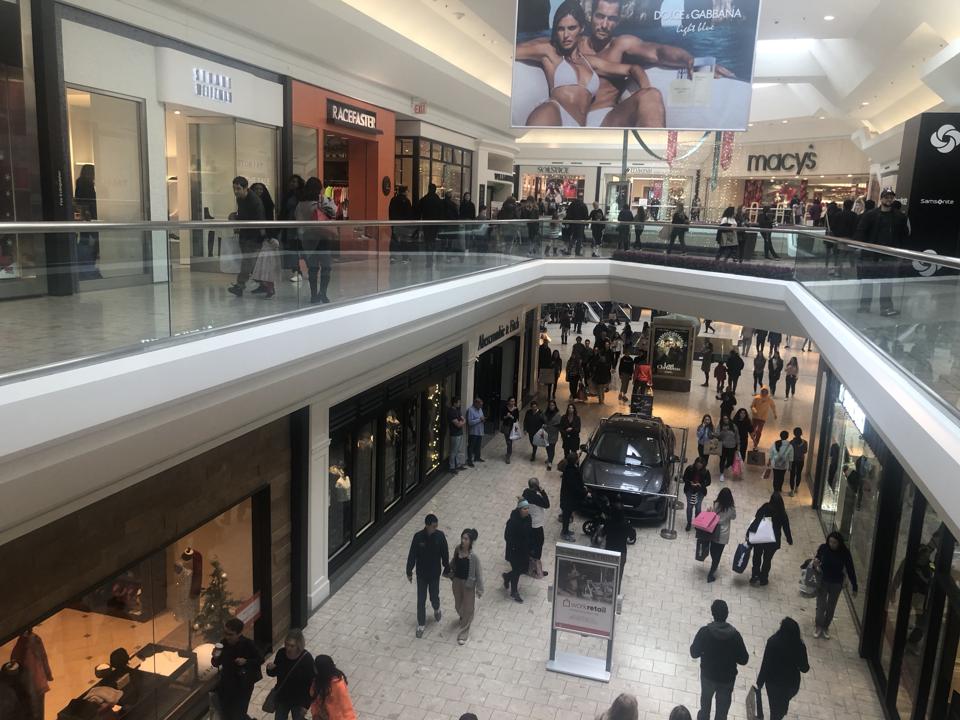 Retailers’ earlier-than-ever promotions may have stolen some thunder from Black Friday, but the latest scorecard showed the traditional kickoff of the holiday shopping season and the five days between Thanksgiving and Cyber Monday remain critical.

Echoing other studies, the survey also found a healthy in-store appetite from Gen Z shoppers, driven by their desires for social interaction, nostalgia about the childhood family tradition and FOMO (fear of missing out) about deals. More than three-fifths of those ages 18-24 shopped in physical stores over the holiday weekend, up from 46% last year.

In another surprise, the study found Black Friday, traditionally known for driving in-store traffic, for the first time beat Cyber Monday in the number of ecommerce shoppers by 10 million to 93.2 million. That online fervor beat even Black Friday’s own in-store traffic of 84.2 million shoppers.

“Ten years ago Cyber Monday was about people getting back to the office after the long weekend” because of the access to the high-speed internet in the office, NRF President and CEO Matthew Shay said on a media call Tuesday. “You no longer need to wait till Monday.”

To be sure, Black Friday may have gotten more online browsers and buyers, Cyber Monday remains the reigning king when it comes to actual spending.

A record $9.4 billion was spent online on Cyber Monday, a near 20% jump from last year and the biggest U.S. online shopping day of all time, Adobe Analytics said Tuesday. Black Friday for its part inked $7.4 billion in online sales, making it the third largest online sales day ever, after the last two Cyber Mondays, Adobe data shows.

Here are other key holiday trends worth watching:

Black Friday continues to lose its old luster: On Monday night, a Gap store in New York’s Midtown East still had Black Friday 50% off everything signs in store windows with an employee informing me the sale has been extended through Wednesday.

Yes, with many retailers offering doorbuster deals earlier and longer than ever, Black Friday is no longer the one-day event it once was. Neither was the urgency.

Data from RetailNext, which measures in-store visits for many online born direct-to-consumer brands and other retailers, also showed a 2.1% decline in store visits on Friday. There’s one comforting sign, however. More of those who actually made to the stores turned to buyers with an increase in conversion rate and total spending, its data shows.

“As the rise of mobile and omnichannel access and marketing continues, the physical theater of the day of Black Friday softens,” said Cowen & Co. analyst Oliver Chen in a report.

“Click and collect” could be a game changer: With the continued growth in online sales, brick-and-mortar retailers beyond giants like Walmart and Target are doubling down on having you pick up your ecommerce orders in stores or curbside to help lift traffic and hope you make that extra impulse purchase in stores.

Nordstrom, for instance, has installed kiosks to process ecommerce returns and pickups at the center of its stores while Kohl’s takes Amazon returns for free.

Jamie Nordstrom, Nordstrom’s president of stores said at a conference recently that as Nordstrom expects online to eventually rise to half of its business, from 30%, it has allocated some of its “traditionally highly productive” first-floor space for express online pickups and returns and alterations.

That effort looks to have paid off. Edison Trends, in a study of online receipts, found Nordstrom saw a 60% increase in online sales on Thanksgiving and Black Friday, the fastest pace among major retailers it tracked and topped even that of Walmart and Amazon.

Season to date, so-called “BOPIS” indudstrywide has risen 41%, with retailers that offer the service seeing more visitors converting to buyers than those without, according to Adobe.

But retailers have more work to do. Only 2% shoppers said they used such a service over the holiday weekend, according to a survey from real estate research firm JLL.

Social shopping is not a thing yet: Even though retailers are spending more marketing dollars on social media, Adobe data shows social networks, despite driving more traffic to retailers’ sites, still struggle to convert visits into purchases. In fact, only 2.1% of the holiday online sales Adobe tracks comes from social media.

That’s a sharp contrast to what retailers are spending: over 45% of retailers’ ad investments were going into paid social this holiday season, up from less than 15% last year, according to a study from independent ad agency PMG.

Related on Forbes: Fashion’s old guard is racing to be cool enough for Gen Z

Breadfruit, Climate Change And An Agriculturist’s Vision For...