BTS Is The Top Winner At The 2020 Golden Disc Awards 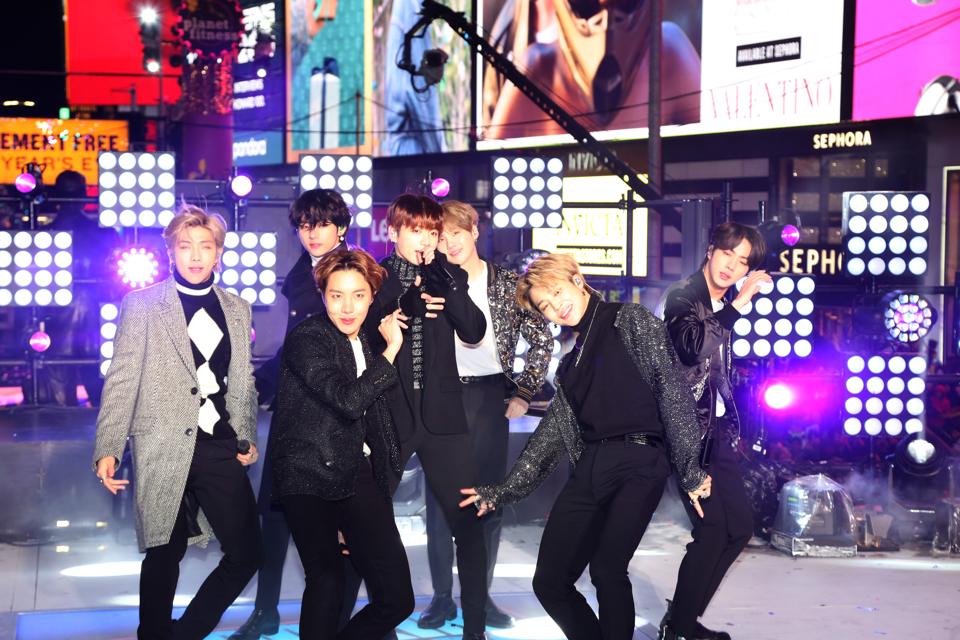 Many people poke fun of how long entertainment award shows can be these days, as they can drag on for hours and hours…but most of those making jokes haven’t been to the Golden Disc Awards. One of the South Korean music industry’s biggest ceremonies of the year, takes place over two days, with the most successful names in the field showing up to collect trophies and perform over many hours.

This year, BTS ended up the big winner, which should surprise absolutely no one, as the biggest name in K-pop enjoyed perhaps the greatest year on record for a group that performs primarily in Korean. The septet took home the top two prizes, both the Album and Digital Song Daesangs, which are the top honors of the show. Their full-length Map of the Soul: Persona grabbed what can essentially be called Album of the Year, while that set’s lead cut “Boy With Luv” earned what is basically Single of the Year.

In addition to those awards, they were also included in their respective Bonsang categories, which can be thought of like nominees, though they are all winners as well (just not the top winners). BTS also earned both the TikTok Golden Disc Popularity and the Fan’s Choice K-Pop Star awards.

Fellow names who won multiple awards this time around include Itzy, TWICE and NU’EST.

Here are all the winners at the 2020 Golden Disc Awards.

Rookie Artist of the Year – Itzy and TXT

Jannabi – “For Lovers Who Hesitate”

AKMU – “How Can I Love The Heartbreak, You’re The One I Love”

NU’EST – Happily Ever After

BTS – Map of the Soul: Persona

Got7 – Spinning Top: Between Security & Insecurity

NFL Playoffs 2020: Seahawks Vs. Eagles Odds And Picks Against The Spread