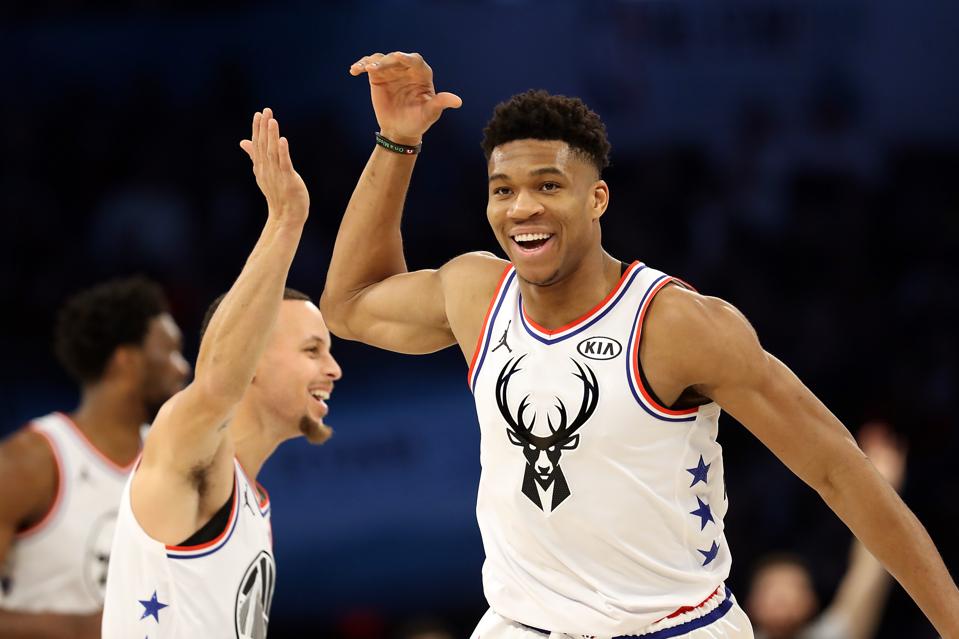 CHARLOTTE, NORTH CAROLINA – FEBRUARY 17: Giannis Antetokounmpo #34 of the Milwaukee Bucks and Team … [+] Giannis celebrates with Stephen Curry #30 of the Golden State Warriors against Team LeBron in the second quarter during the NBA All-Star game as part of the 2019 NBA All-Star Weekend at Spectrum Center on February 17, 2019 in Charlotte, North Carolina. NOTE TO USER: User expressly acknowledges and agrees that, by downloading and/or using this photograph, user is consenting to the terms and conditions of the Getty Images License Agreement. Mandatory Copyright Notice: Copyright 2019 NBAE (Photo by Streeter Lecka/Getty Images)

Asked by TMZ if she was worried about losing Giannis to the Warriors, Edens replied, “Life is good in Milwaukee right now. They’re winning. I think everyone’s happy.” 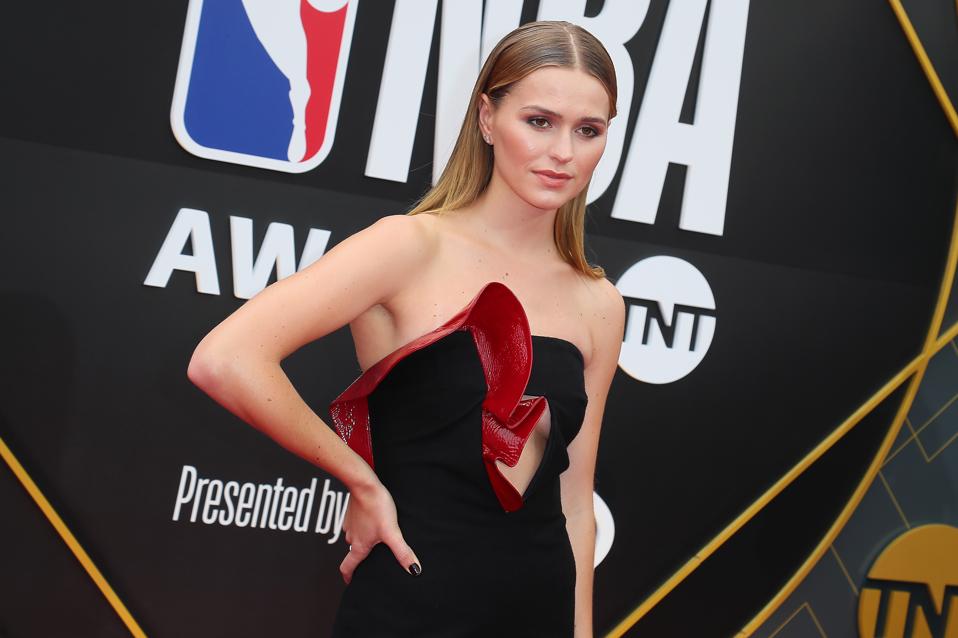 The Bucks are indeed winning. After Tuesday’s 128-102 rout of the Knicks in which Giannis went for 37 points and nine rebounds, Milwaukee (36-6) had won four straight and still own the NBA’s best record.

Giannis is averaging 30.0 points, 12.7 rebounds and 5.5 assists on the season, and it’s little wonder Curry might want him to join the Warriors in free agency in 2021.

“Let’s do this, come on man,” Curry appears to have told Giannis after their game on Jan. 8.

For now, the Bucks are a huge favorite to make the NBA Finals out of the East.

The Bucks (+101) are miles ahead of the second-favorite in the Eastern Conference, the 76ers, who are +370 to win the conference. Yet, even though Milwaukee is basically being penciled into the NBA Finals, they still trail LeBron James and the Lakers in the 2020 Championship odds.

LeBron’s Lakers are +258 to win it all, a step ahead of Milwaukee at +322. The Clippers are third at +342. All that in mind, these division and championship odds are subject to change, with easily accessible real-time basketball odds and betting lines for upcoming games listed at sportsbettingdime.com

Functionality, Form & Freedom Brought To You By...

The Upcoming ‘Sonic The Hedgehog’ Movie Shows Off...