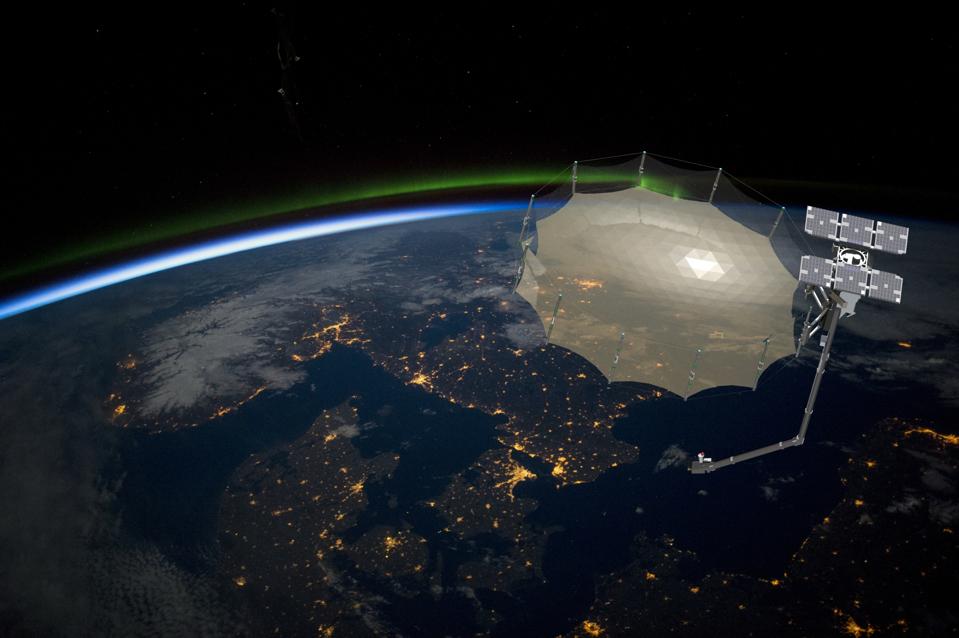 Startup Capella Space revealed its most advanced satellite design yet, as the company prepares for its first operational satellite constellation launch in March.

The company is trying to allow customers to request images and data from space in only 90 minutes, which is lightning-fast as many industry participants expect this information to flow down in days or weeks.

This vision arose out of the launch of a test satellite — a 105-pound machine called Denali — in December 2018 as well as numerous conversations with potential customers, said Christian Lenz, Capella’s vice-president of engineering, in an interview.

“There was a lot of feedback from that community about the high quality of service in terms of the actual data delivered, and the user experience, and the methods by which it gets delivered,” Lenz said. Some of the design changes forthcoming in the 220-pound Sequoia and its other constellation members include larger solar arrays, larger reaction wheels to keep the spacecraft properly oriented, another star tracker for pointing assistance, and a newly designed reflector antenna.

Capella’s goal is to provide low-cost Earth observation during all weather conditions, as well as in daytime and in nighttime. Their preferred technology is synthetic aperture radar (SAR), which can peer through clouds and other obstacles that would stymie visually based satellite systems. Capella plans to use Amazon Web Services and Amazon Ground Stations to provide imagery and data quickly to customers (which would include the processing, a necessary item that can generally slow down the flow of information.)

This growing constellation will eventually allow Capella to have a one hour “revisit” time to most locations on Earth, Lenz said. Between that and Capella’s commitment to send data to its customers within 90 minutes, the hope is this would allow customers in industries such as infrastructure companies, oil and gas and natural resources to react to fast-moving events such as severe weather.

The company’s work is already paying off with reference customer deals from the National Reconnaissance Office and the U.S. Air Force, as well as a partnership with SpaceNet to expand customer access to SAR data. Capella plans to double its current workforce of 60 people by the end of the year, as it triples the physical space of its facilities in San Francisco and quadruples at another location in Colorado.

As a young startup, Capella declined to release much information about its financials, but Lenz said the company has a “strong sales team” that is building out contacts all over the world. He mentioned India, Europe and Asia as potential markets Capella will target.

Initial funding for Capella came from the Department of Defense’s Defense Innovation Unit, as well as In-Q-Tel (the strategic investor for the United States’ defense and intelligence community.) The company’s latest funding round, a Series B for $19 million, closed in September 2018 and was led by Spark Capital and DCVC (Data Collective).

A Late-March Heat Wave Topples Records Across The...