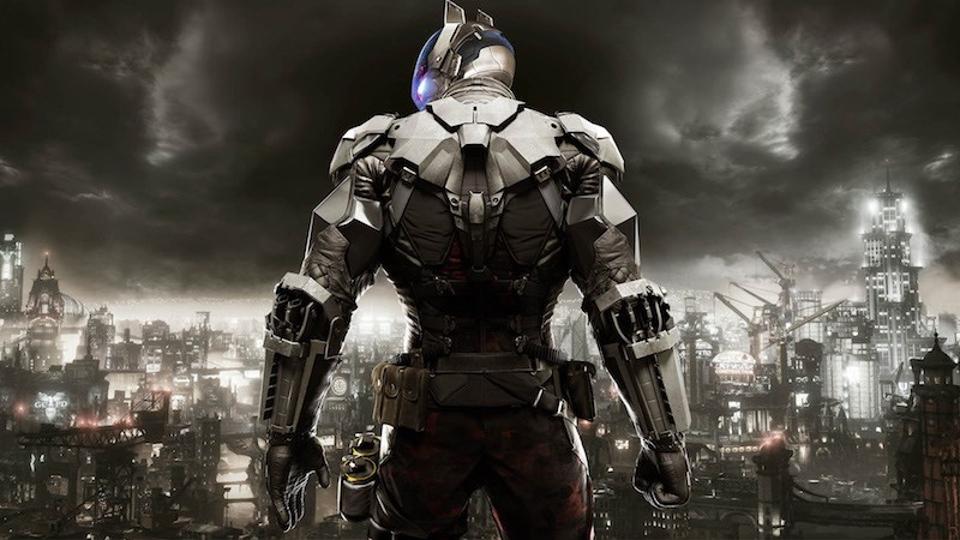 A new Batman game is being teased by Warner Bros. We should expect an announcement soon.

Let’s see . . . how long has it been since the release of Rocksteady’s Batman: Arkham Knight?

That game—the fourth Arkham title and third in Rocksteady’s Arkham trilogy—released on June 23rd, 2015—that rarest of AAA summer games. Three days after I turned 34. It feels like ages ago—34 sounds so young, so much further away from 40 than 38.

Arkham Knight was a beautiful game with an excellent story and a really, bizarrely annoying Batmobile. Since then we’ve had Telltale’s Batman and the lackluster DCEU Batman and even an Arkham VR game, but we haven’t had another AAA Batman game in 1,661 days.

That’s going to change, and probably pretty soon. Warner Bros has been teasing a new Batman game on social media, and just tweeted another teaser, this time from the Warner Bros Montreal Twitter account:

Cape sur la nuit, the tweet reads. Capture the Knight. Part of a logo is also revealed here, with a coat of arms in the center of a circle. The full logo has already been leaked:

What could this logo mean? There are some clues, but nothing definitive as far as I know.

There’s a little cross in the center beneath the swords that could be the symbol of the Order of St. Dumas. There are talons which could indicate the Court of Owls, but I think the talons are more likely part of the eagle pictured at the top of the crest.

We also see the city of Gotham and quite a few stars, which could indicate the Gotham City Police Department. With the whole “Capture the Knight” teaser, this could indicate that the city has finally decided to really crackdown on the Caped Crusader and bring the vigilante in for justice, similar to the end of The Dark Knight.

That’s my best guess of the three. This will be a game about Batman on the run from the law, though there will be other villains involved. I suspect it will be a big open world game rather than something more linear like the original Arkham game. I’m not even sure if this will be an Arkham game at all—it could be the start of a new Batman franchise, though that would be surprising.

This is also probably not a Rocksteady game given the fact that this is being tweeted by Warner Bros Montreal, the studio behind Arkham Origins. Rocksteady is busy working on a big project that isn’t Superman but could be Justice League and probably isn’t Batman.

Hopefully Warner Bros. reveals what this actually is sooner than later. Enough of the teasing already!

Corporate Responsibility: What To Expect In 2020

How Utilities Are Tackling Climate Change

Tech Workers In London Are The New Generation...

The COVID-19 Coronavirus Pandemic Highlights The Importance Of...