Home Business Champagne, LVMH, Gruyère: Here’s What Could Be Hit By U.S. Tariffs On France
Business

Champagne, LVMH, Gruyère: Here’s What Could Be Hit By U.S. Tariffs On France 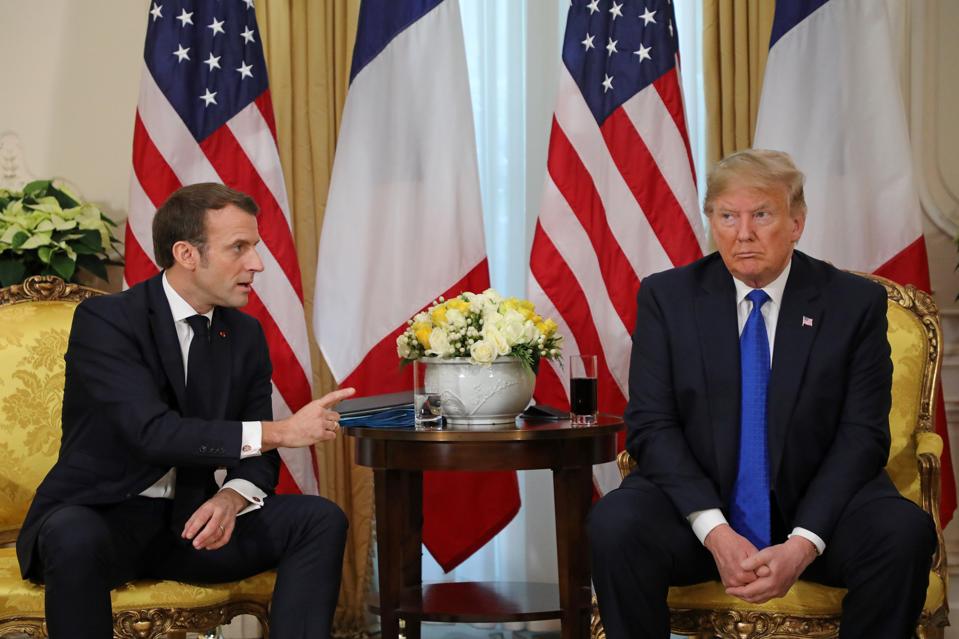 French imports like cheese and makeup would become more expensive.

Topline: President Trump is threatening to slap 100% tariffs on $2.4 billion worth of French goods—including everything from Champagne to cheeses, in apparent retaliation for France’s new digital services tax, which he says unfairly targets American technology companies.

Here are all the imports from France that could become much more expensive for U.S. consumers, if the Trump administration carries through with its 100% tariffs threat:

Crucial quote: The tension between the U.S. and France was palpable at the NATO meetings in London this week, as Trump and French president Emmanuel Macron clashed on foreign policy, trade and defense, among other topics. “I’m not going to let people take advantage of American companies, because if anyone is going to take advantage of the American companies, it’s going to be us,” Trump said, reiterating his displeasure with France’s digital services tax. “It’s not going to be France.”

News peg: Earlier this year, the French government approved a new digital service tax of 3% on big technology companies with more than $27.8 million in French revenue and $830 million global revenue. That prompted a months-long investigation by the Office of the U.S. Trade Representative, which recently concluded that the tax “discriminates against U.S. companies,” such as tech giants like Alphabet’s Google, Facebook, Apple and Amazon. The findings led the Trump administration on Monday to threaten retaliatory tariffs of up to 100% on $2.4 billion worth of French imports, including cheese, wine and handbags.

Key background: This new list of proposed tariffs on $2.4 billion worth of French goods is separate from an existing 25% tariff on European Union products that the Trump administration already imposed back in October. Arising from a different dispute—over EU airplane subsidies—the 25% levy includes a wide range of popular European products: olive oil from Spain, roasted coffee from Germany, Italian cheeses like Parmesan, and Scotch whiskies from the U.K., among others. French wine was also hit under the 25% EU tariff and could become even more expensive if included in the latest tariff threat from the U.S.

What to watch for: The Office of the U.S. Trade Representative suggested that it could open similar investigations into digital taxes proposed by other countries like Italy, Austria and Turkey.

How Anita Campbell Built A Top Digital Publishing Business, Starting From A Comfy Chair In A Tiny Home Office

Why This Tech Pioneer Says Real Success Has...