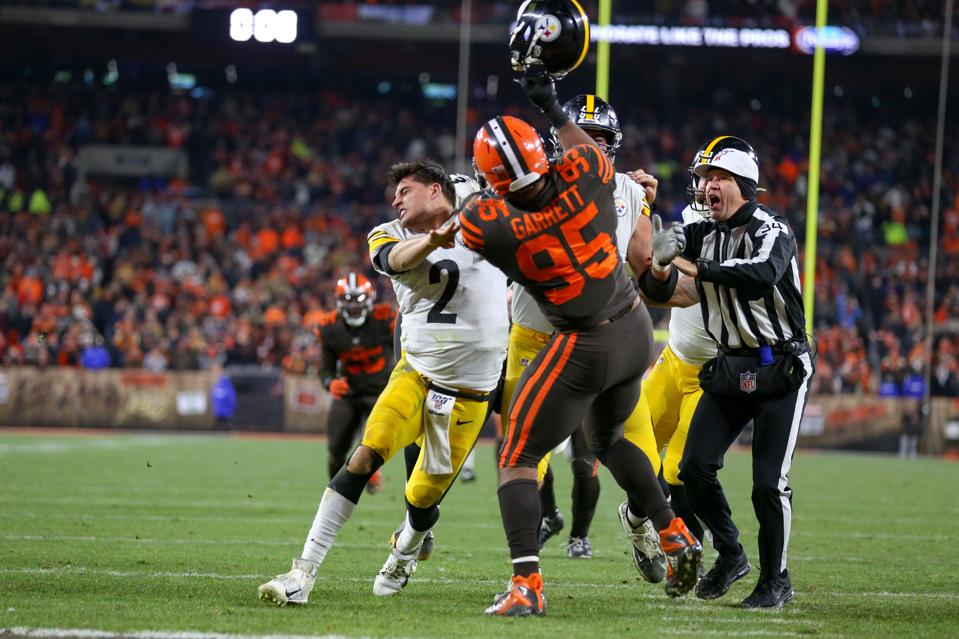 So NFL officials blew it with Myles Garrett.

He still doesn’t get it.

Down the stretch of a home game last November for the Cleveland Browns, he embarrassed himself, his team and the league by ripping the helmet off Pittsburgh Steelers quarterback Mason Rudolph during a brawl, and then he bashed the guy over the head with it.

The NFL suspended Garrett indefinitely, but “indefinitely” lasted until Wednesday.

Garrett also lost $1.2 million of his salary from the Browns as their splendid defensive end after what became a six-game suspension for his meltdown, and he forfeited another $45,623 through a fine.

What a joke, but nobody should be laughing.

The NFL needed “indefinitely” regarding Garrett’s suspension to extend through at least the 2020 season, and the money zapped out of his bank account wasn’t enough.

Garrett keeps yapping away, showing few signs (OK, no signs) of regret for doing something that would put most folks in the slammer.

“He called me the N-word,” Garrett said of Rudolph to Outside The Lines reporter Mina Kimes during an interview that aired Thursday night on ESPN. “He called me a ‘stupid N-word.’ When he said it, it kind of sparked something, but I still tried to let it go and still walk away.

“But once he came back, it kind of reignited the situation. And not only have you escalated things past what they needed to be with such little time in the game left, now you’re trying to re-engage and start a fight again.

No, Myles. It’s your fault, period. 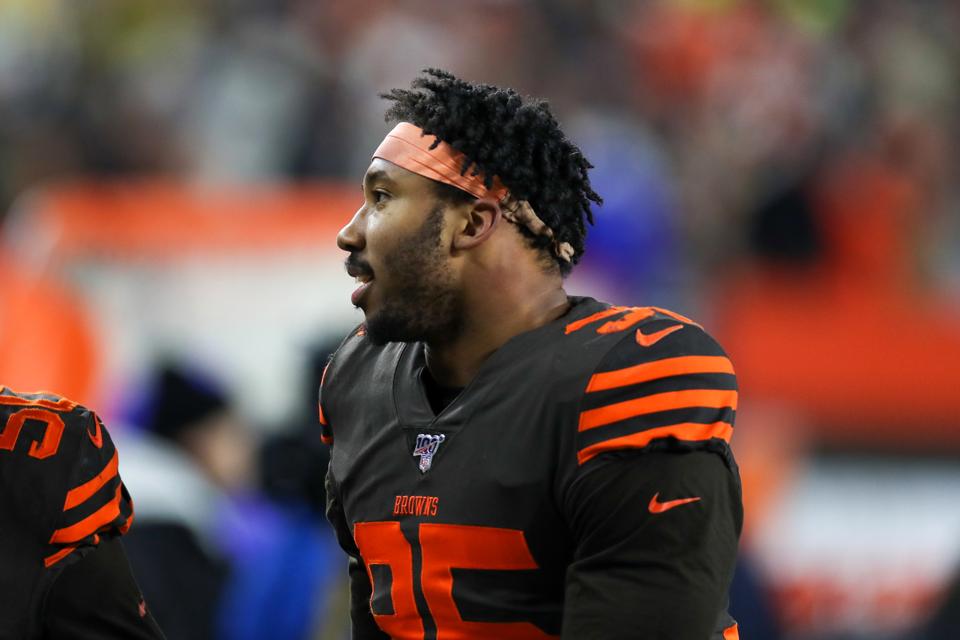 Never mind the NFL fined 33 players overall a total of $732,422 for their part in the mess, and each team was docked $250,000 each by the league. It’s also irrelevant Rudolph wasn’t suspended by NFL officials while receiving a $50,000 fine for his actions that weren’t the best.

Garrett deserved much, much more. Not only that, but he shouldn’t escape further punishment now.

Such is the case, not just because he’s the only one claiming Rudolph wasn’t exactly humming “We shall overcome” after they wrestled on the ground following his sack of Rudolph with eight seconds left during an eventual 21-7 victory for the Browns.

Garrett denied using the N-word, of course. He said the allegations were “totally untrue,” and NFL officials said back then (and again this week) they’ve found “no such evidence” Rudolph said what Garrett claimed he said.

Consider, too, there isn’t a bigger clique than players inside of a locker room or a clubhouse. That’s especially when it comes to rallying around somebody whose star shines as brightly as that of Garrett, a 24-year-old Pro Bowl player who just finished his third NFL season.

Soon after the helmet controversy, Cleveland.com Browns reporter Mary Kay Cabot spoke to eight of Garrett’s teammates who said they believed his account of the incident, but guess what?

None of those teammates told anybody on or off the record that they heard what Garrett said he heard.

So what if Rudolph did say what Garrett said he said? Garrett still wouldn’t have been justified to swing a six-pound object with rough edges in anger against the skull of somebody across the way.

You know, without severe consequences.

Garrett got away with it, though.

At the time of his attack against Rudolph, the Browns led the NFL in most penalties (87), most yards penalized (822) and most ejections (4). Garrett entered that Steelers game with five penalties for a combination of roughing the passer, unsportsmanlike conduct, unnecessary roughness and personal fouls.

Here’s How Big A Deal The Coronavirus Is To China Retail, Including Apple Sales

The Experience This! Show – The Self-Reliant Entrepreneur