Home Business Clevinger Down? Next Man Up For Scrambling Cleveland Indians
Business 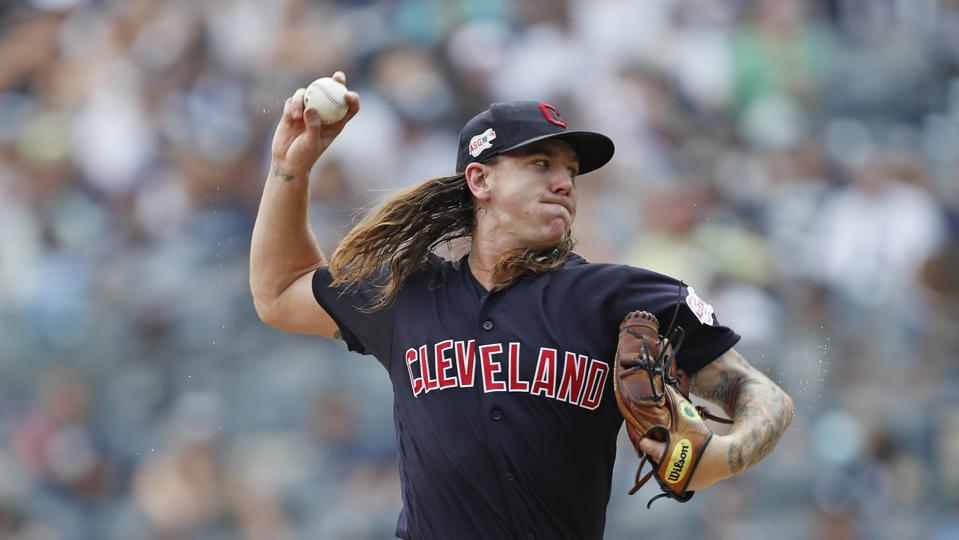 The bad news? Indians pitcher Mike Clevinger underwent knee surgery on Friday. The good news? He … [+] will likely only miss the first week or two of the regular season. (AP Photo/Kathy Willens)

This is why baseball people constantly preach that you can never have enough pitching.

Granted, Bieber is one of the best young pitchers in the American League, the MVP of last year’s All-Star Game. He led all Indians pitchers last year in wins, complete games, shutouts, innings pitched and strikeouts.

All that’s great, but as the Indians begin spring training in Goodyear, Ariz., Bieber is also the only starting pitcher from last year guaranteed to be in the opening day rotation this year. However, even that comes with a caveat. Bieber will be the Indians’ opening day starter, assuming he doesn’t get injured between now and then.

That’s because the other four pitchers from the 2019 opening day rotation are either gone, injured, or a question mark for 2020.

Kluber was traded to Texas, Bauer was traded to Cincinnati, Carrasco is attempting to come back from a leukemia diagnosis last year, and Clevinger has become the first injured player in the Indians’ spring training this year.

Clevinger, a budding star, who over the last three years is 38-18 with a 2.96 ERA while holding opposing hitters to a .216 batting average, underwent arthroscopic surgery on Friday to repair a partial tear of the medial meniscus in his left knee. The 29-year-old right-hander sustained the injury on Wednesday, while training at the Indians’ spring training complex in Goodyear.

Carrasco missed most of the 2019 season after he was diagnosed with a treatable form of leukemia. The diagnosis resulted in him missing three months in the middle of last season. He did return to the team in September, and in 19 appearances, all of them in relief, went 2-1 with one save, a 6.60 ERA and opposing batters hit .300 against him.

For now, all that is certain with the Indians rotation as training camp begins is that Bieber will be in it. The other four spots are to be determined.

That doesn’t mean there aren’t viable candidates, but that does mean that the Indians’ starting pitching depth is going to take a hit. Fortunately for Cleveland, three young pitchers did emerge last year when Kluber, Carrasco and Bauer missed most of the season due to injuries, illness, or a trade.

Those three pitchers are Zach Plesac, Adam Plutko and Aaron Civale, all of whom pitched surprisingly well as rookies pressed into action. They will open training camp this year as the three top candidates for the three vacancies in the rotation – and that’s assuming Carrasco is well enough and effective enough to start the season in the rotation. If Carrasco does not progress enough to open the season as a starter, the Indians will have four holes to fill in their rotation.

In recent years the Indians have done an excellent job in developing young pitchers, and it’s possible that some of those young pitchers will have to carry a heavy load in 2020.

Ironically, the Indians acquired Bieber, Plesac and Civale all in the same draft. In the 2016 draft they selected Civale in the third round, Bieber in the fourth round and Plesac in the 12th round.

Four years later all are in position to be in the major league starting rotation together.

Mindset Matters: How Disability Offers A Solution To...

What Does ‘Clean Beauty’ Really Mean?