Home Business Costs Of Germany’s Nuclear Phase Out Are Substantial, New Paper Finds. But There Is Little Appetite For A Rethink.
Business

Costs Of Germany’s Nuclear Phase Out Are Substantial, New Paper Finds. But There Is Little Appetite For A Rethink. 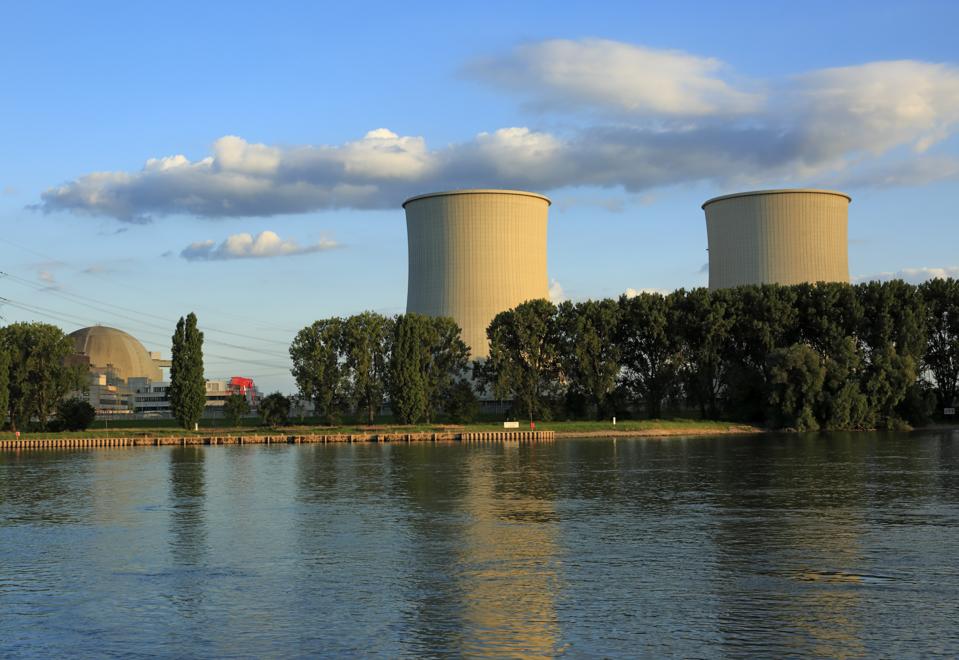 Biblis nuclear power station in southwest Germany was one of eight plants that Germany’s government … [+] ordered to shut down, at first temporarily but then permanently, in the wake of Japan’s Fukushima nuclear disaster.

The giant plumes of condensed air issuing from a pair of bone-white cooling towers at the Biblis nuclear power station, on the shores of the Rhine river in southwest Germany, would have been a familiar sight to people living nearby. The plant had been in operation since 1974.

But on 15 March, 2011 — years before the plant was expected to be retired — the plumes suddenly stopped issuing from the towers. Days earlier, in Japan, the cores of three reactors at the Fukushima nuclear plant had partially melted, sending shockwaves through nuclear-producing nations around the world. The German government ordered the operator of Biblis, a German company called RWE, to shut the plant down immediately. Later, a German court would find that the government had no authority to order the shutdown, but it was too late. Biblis would never operate again.

It was one of eight nuclear plants that the government ordered to immediately shut down, at first temporarily but later permanently, in the wake of Japan’s Fukushima nuclear disaster, which had been triggered by a massive earthquake and resulting tsunami. An overwhelming 80% of Germany’s parliament voted to move up Germany’s phase out date for nuclear power to the end of 2022, from the previous 2036, dealing a decisive blow to Germany’s once-grand nuclear power ambitions. Among the lawmakers opposed were those in the left-wing Die Linke party, who thought the shutdown timeline was too slow.

Nearly a decade later, some have begun to rethink their opposition. It has become clearer that the nuclear energy that Germany jettisoned nine years ago has been replaced largely by coal-fired sources, releasing not only greenhouse gases in the form of carbon dioxide but also local air pollution with deadly health consequences. Last month, a working paper from the National Bureau of Economic Research (NBER) estimated that the annual cost of Germany’s nuclear phase out is $12 billion, 70% of which is from increased mortality risk from stronger air pollution from burning of fossil fuels. That is substantially greater, the authors say, than even the most generous estimates of the costs of “nuclear accident risk” and waste disposal.

“The phase-out resulted in more than 1,100 additional deaths per year from increased concentrations of SO2, NOx, and (particulate matter),” it concludes. “The increase in production from hard coal plants is the key driver here, making up roughly 80% of the increase in mortality impacts.”

To the paper’s authors — economists Stephen Jarvis, Olivier Deschenes and Akshaya Jha — this was a surprise. “One of the most striking findings in our study is that by far the largest cost of the phase-out is the increased mortality risk associated with exposure to local pollution,” Jarvis wrote in an email. “Despite this, most of the discussion of the phase-out, both at the time and since, has focused on electricity prices and carbon emissions – air pollution has been a second order consideration at best.”

It’s a sensitive time in Germany to draw attention to the costs of the nuclear phase out. Climate change has prodded some to rethink their opposition to nuclear power, which is virtually emission-free. In December, one of Germany’s few remaining nuclear plants, Philippsburg, began decommissioning. And this week in the New York Times, German columnist Jochen Bittner asked if, perhaps, it might be time for Germany to reconsider its nuclear phase out.

That would be a tall order. A reversal of Germany’s nuclear phase out would not only be technically complicated but is also a political nonstarter, according to experts: no mainstream political groups favor reopening talks on the phase out, nor are nuclear utilities willing to reverse costly and complicated shutdown timetables. Only a handful of sidelined political groups are even open to the idea, among them the politically toxic far-right Alternative for Germany party.

Electricity production from nuclear power, in terawatt hours (TWh). Before the Fukushima disaster in … [+] 2011, there was talk of a possible nuclear “renaissance.” Since then, only Asia has continued to add significant amounts of nuclear capacity.

“What is important to realize is that this is a done deal — the ship has sailed,” said Benjamin Görlach, an economist at Germany’s Ecologic Institute, a think tank. “You don’t just phase out a big power plant from one day to another, but you have to plan these things — in terms of backup capacity (permitting and building), grid infrastructure, working out plans for the staff, etc. All these plans have been made, and are being executed.”

This is to say nothing of the politics, Görlach added. “Beyond that is of course the political question whether anyone in German politics has an appetite to re-open what has been a very heated, divisive societal conflict for several generations.”

Nuclear policy was already a touchy subject in Germany even before Fukushima. For decades Germany had hotly contested nuclear policy. After the anti-nuclear Green party sneaked into a coalition government in 2000, plans for a phase out were announced. Later, a pro-nuclear Angela Merkel successfully pushed the phase out year back to 2036, but at a political price. As Fukushima’s aftermath unfolded, the government’s initial order to halt eight reactors and a 30 May parliamentary vote to sunset the entire fleet by 2022 may have been seemed slapdash, but those decisions had the ring of finality.

“It was already a back-and-forth-and-back decision” even before 2011, said Brigitte Knopf of the Mercator Research Institute on Global Commons and Climate Change. “No German politician will withdraw this decision as this would endanger the credibility of German politics in general.”

“In addition, also the operators of the nuclear power plants do not want to extend the life-time,” she said. “This is something they made very clear last year, when the debate came up again.”

If Germany is bound for the end of its nuclear era, what about the rest of the world?

For various reasons, and despite exhortations from some top academics and inter-governmental panels that more nuclear power is needed to stave off the worst effects of climate change, the answer is probably that nuclear energy will stay its current course into the foreseeable future: net capacity will idle in the US and Europe, while modestly advancing in Asia.

In the US, home to its own heated debate about whether nuclear power should be ended, growing recognition of the costs has created a more nuanced discussion, with more willingness to invest in new-generation nuclear units, considered less risky and requiring far smaller upfront costs. “What I see is a more sophisticated awareness of nuclear’s costs and benefits,” said Catherine Hausman, a professor at the University of Michigan, who credits the new working paper with helping to advance the discussion. “There are fewer hard line approaches, more sophisticated analysis being done of the pros and cons relative to other forms of generation.”

On the other hand, a sudden wave of investment into the sector seems about as remote a prospect as ever. A rising tide of cheap natural gas unleashed by the shale revolution has deeply undercut the case for pouring money into big nuclear plants. Far easier, instead, to build less expensive gas plants.

And practically everywhere else around the world, the consistently declining costs of solar and wind energy as technology improves have made fools of investors putting money into nuclear, which has a tendency to cost more than expected. Continual delays and cost increases at just a single nuclear power station, the UK’s Hinkley C, even as new offshore wind farms barrel through new low-cost milestones, have confronted the country’s nuclear advocates with some frightening numbers. Prices for new wind power delivered by 2025 were set in September at £40 per megawatt hour, while power from Hinkley C is expected to cost £92.50 per megawatt hour.

Meanwhile in Asia, China and India are still adding some nuclear capacity, while Japan’s prime minister, Shinzo Abe, is favorable to nuclear power.

The Converging Needs Of The Automotive And Aerospace Autonomous Sector

What Happens Now For Athletes Still Attempting To...

Rutgers Basketball Now Has A Game-Changer In Facilities...

How Digital Neobanks Can Win In Southeast Asia...