Cristiano Ronaldo: Juventus Star Talks Lyon Tie And Derby D’Italia, Which He Claims ‘Is As Good As El Clásico’ 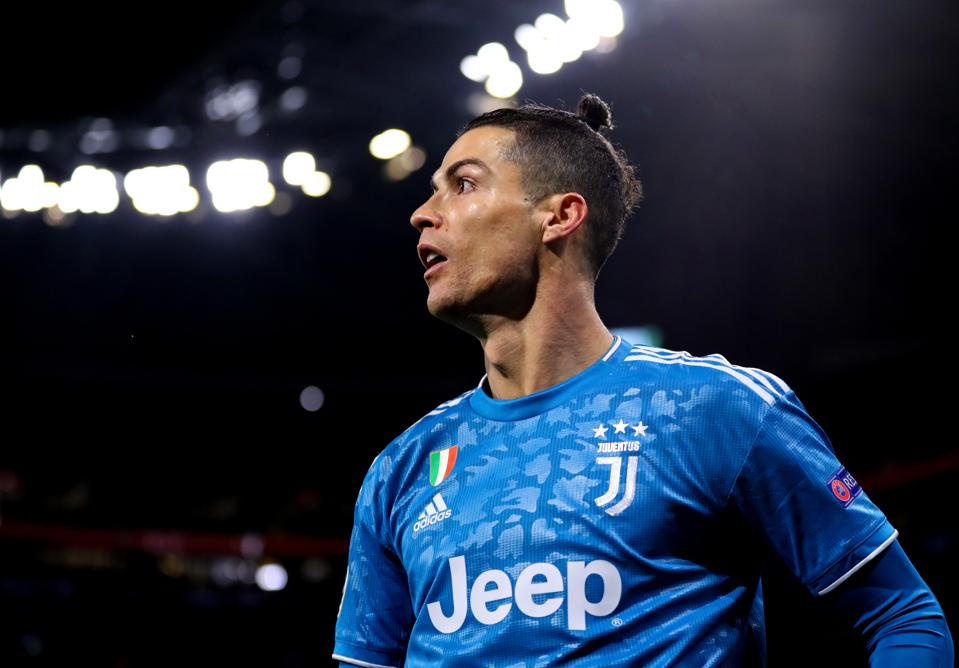 LYON, FRANCE – FEBRUARY 26: Cristiano Ronaldo of Juventus during the UEFA Champions League round of … [+] 16 first leg match between Olympique Lyon and Juventus at Parc Olympique on February 26, 2020 in Lyon, France. (Photo by Catherine Ivill/Getty Images)

Juventus talisman Cristiano Ronaldo believes his side can turn their Champions League tie around at the Allianz Stadium against Lyon and has also claimed Derby d’Italia ‘is as good as El Clàsico’, ahead of Saturday’s clash against Inter Milan.

The 34-year-old endured a frustrating night in Lyon where he saw his side suffer a 1-0 defeat at the Groupama Stadium, in a game where Juve failed to register a single shot on goal, the first time that’s happened in Europe since 2006.

“These things can happen, it’s football. We are not happy to have lost but it’s normal,” said Ronaldo to Sky Sport Italia.

“Champions League matches are all difficult, we are disappointed but we have the second game at home and we have confidence. We can change the result and qualify but our priority is now to win the next game and the Champions League will come later. We are relaxed, focused and prepared for the next game against Inter.” 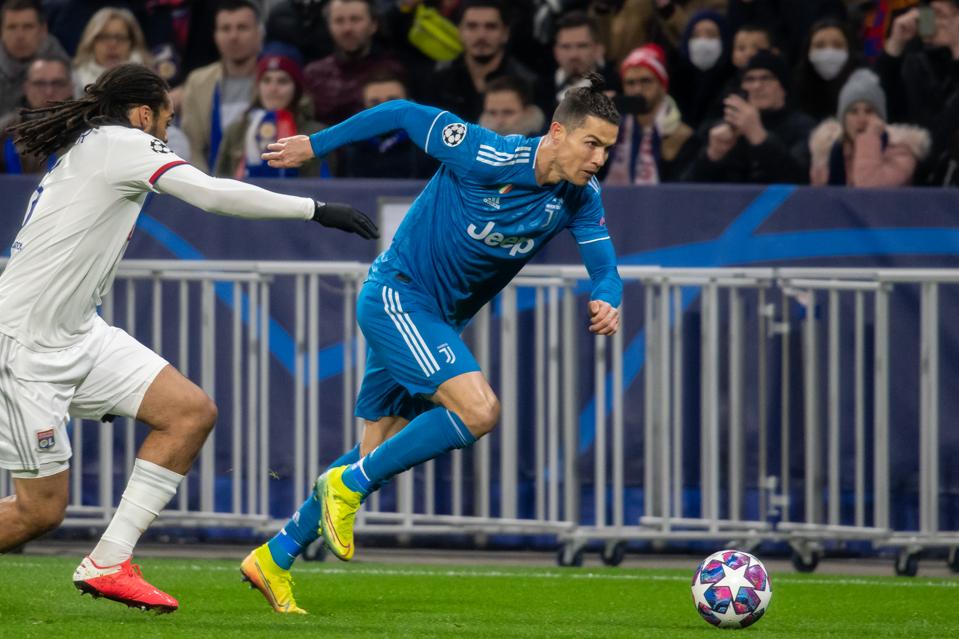 LYON, FRANCE – FEBRUARY 26: #7 Cristiano Ronaldo of Juventus carries the ball in front of people … [+] wearing masks during the UEFA Champions League round of 16 first leg match between Olympique Lyon and Juventus at Parc Olympique on February 26, 2020 in Lyon, France. (Photo by RvS.Media/Basile Barbey/Getty Images)

The former Manchester United and Real Madrid forward, who has played in many games between Los Blancos and Barcelona, believes the Derby d’Italia is just as good.

“It will be a great match, as will Real Madrid and Barcelona, which will be played on Sunday evening also,” Ronaldo told the broadcaster.

“The game against Inter is one of those good games to play in, like those against Milan or Lazio. Everyone likes to play in this type of match. It will be a fantastic game and we will try to play a great game.” 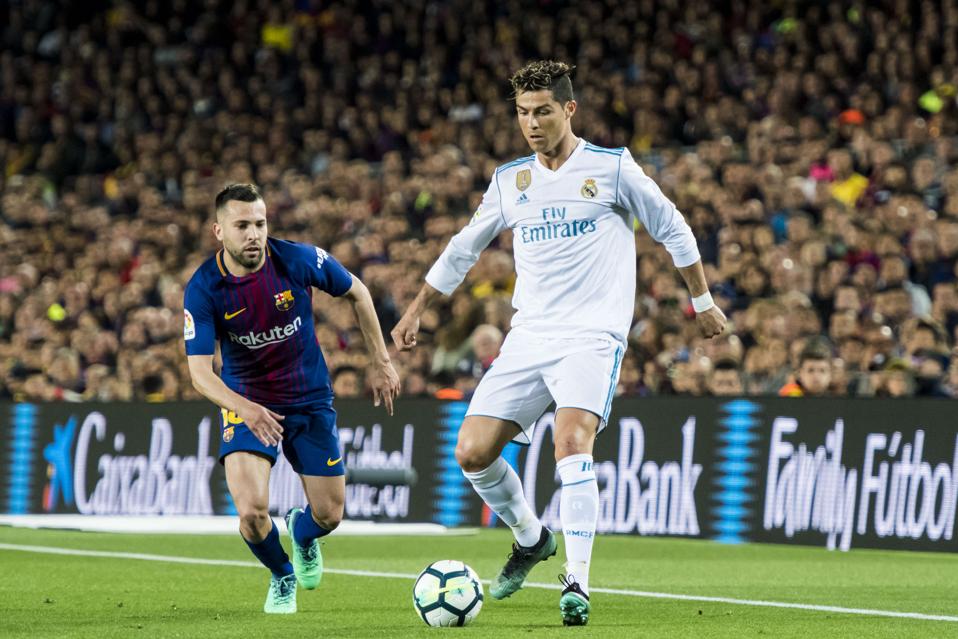 BARCELONA, SPAIN – MAY 06: Cristiano Ronaldo (R) of Real Madrid is tackled by Jordi Alba Ramos of FC … [+] Barcelona during the La Liga match between Barcelona and Real Madrid at Camp Nou on May 6, 2018 in Barcelona, Spain. (Photo by Power Sport Images/Getty Images)

The game between Juventus and Torino will be played behind closed doors due to the Coronavirus spreading across northern Italy. The country has had over 800 confirmed cases of the disease, with 21 deaths. Ronaldo gave his thoughts on the decision.

“We are not happy with the absence of the fans, but the responsibilities remain the same, to win and to have a good game.

“It will not be nice to have no fans inside the stadium, but health comes first and if closing the doors is the best solution then it is right that this decision has been made.”

The Old Lady are looking to extend their lead at the top of Serie A to 63 points. Antonio Conti’s side will do all they can to close the gap to just six points should they claim all three points on Saturday, which would put them on 57 points.

The game will take place behind close doors, with kick-off at 14:45 (EST).

Game Developers Conference Postponed Until Summer Due To The Coronavirus

AI Will Change The World…If Investors Catch Up

Grow Your Business In The Next Recession

BTS Are Bigger Than Ever On ‘Map Of...

5 Films Any Entrepreneurs Should Watch