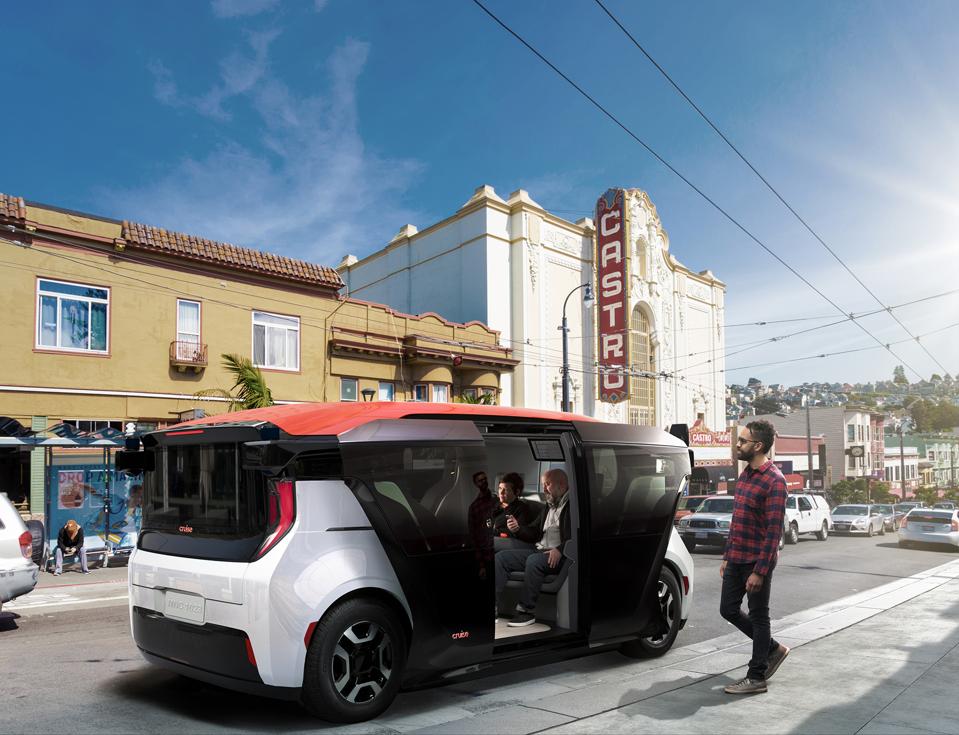 Expectations for exactly when self-driving vehicles will be ready for commercialization have grown cloudier in the past year but Cruise, General Motors’ autonomous tech unit, is upbeat that it’s on track to launch a robotaxi service in San Francisco with a spacious battery-powered van it plans to put into production.

Dubbed the Origin, the Cruise vehicle jettisons a steering wheel, pedals, windshield wipers and many other conventional vehicle features to create roomy cabin with two sets of inward-facing seats for passengers. The boxy vehicle was jointly developed with engineers from GM, Cruise and partner Honda will be produced exclusively for Cruise’s on-demand rideshare fleet at a soon-to-be named location, CEO Dan Ammann said at its unveiling late Tuesday in San Francisco.

“It’s not an improvement on the car. It’s completely different. It’s what you’d build if there were no cars,” he said. “It is self-driven; it is all-electric; it is shared. It’s not a concept, it is a production vehicle.”

Still, he declined to say exactly when production would start or how soon the National Highway Traffic Safety Administration, the main federal agency that oversees automotive regulations, might allow a fleet of vehicles with no manual controls to operate on public streets.

“We’re in close discussion with NHTSA. They know all about this vehicle,” Ammann said without elaborating.

The San Francisco-based company that GM acquired in 2016 has raised at least $7.25 billion from investors including Honda and SoftBank to make its self-driving tech a reality, making it one of the industry’s best-funded programs along with Alphabet’s Waymo and Ford’s Argo AI unit that’s also drawn backing from Volkswagen. Deep pockets are necessary as the technological hurdles to be solved–from ever more powerful sensors and compute systems to the development of artificial intelligence that can drive a vehicle as well and eventually better than a human–are remarkably tough.

Waymo, which has been developing the technology for more than a decade operates a revenue-generating robo-service in suburban Phoenix with a large fleet of Pacifica Hybrid minivans supplied by Fiat Chrysler. Most rides include a human safety driver. The company hasn’t said when the service will operate without human technicians in the driver seat as a backup or when it will expand to other cities.

Last year Cruise missed an early target by setting aside plans to rollout a public self-driving fleet in 2019. Instead, the company said at the time that it would expand testing in San Francisco where it currently operates its fleet 24/7 hauling Cruise engineers and employees around the city.

All that testing, about 1 million autonomous miles in 2019, is paying off, Cruise cofounder Kyle Vogt said Tuesday.

“If you extrapolate our rate of improvement over the last few years we’re close to cracking that human-performance barrier and reaching superhuman territory. And that’s going to happen soon,” he said, boasting that a Cruise autonomous vehicle is now capable of driving coast-to-coast across the U.S. without a fender bender.

“By the time the Origin goes into production we’re going to be well into that superhuman-performance territory.” 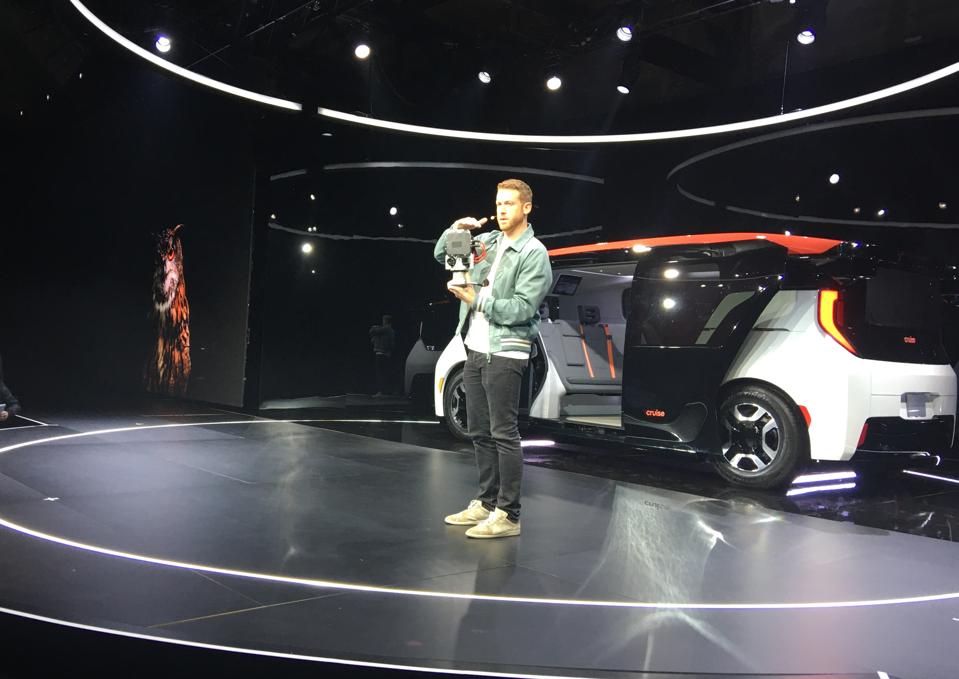 Cruise cofounder Kyle Vogt shows off a new advanced sensor being used on the company’s Origin … [+] electric robotaxi in San Francisco on Jan. 21, 2019.

IBM’s Quarterly Sales Finally Rose—But Not By Much