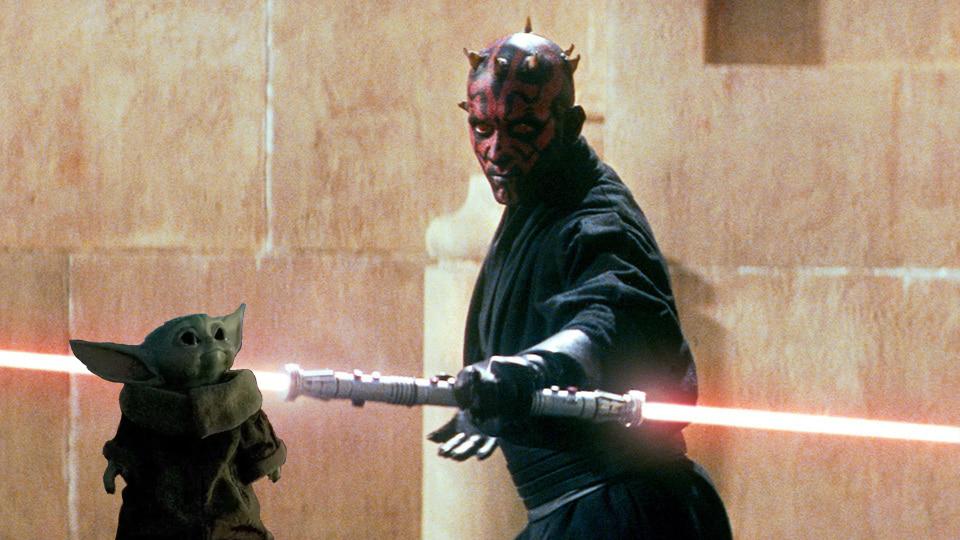 The Mandalorian season 2 ended with a bang, whether you were a big Star Wars fan or not. If you weren’t, you saw a thrilling conclusion that had The Mandalorian and friends escape with their lives, but if you were, you saw something even more significant in the final moments of the episode.

I am referring of course to the reveal of the Darksaber, a storied weapon so important to Dave Filoni’s Clone Wars and Rebels lore I had to write an entire post explaining it. In short, it’s a legendary Mandalorian Jedi weapon that was passed down through generations, went on a bunch of adventures in the hands of both heroes and villains, and then was given to the last leader of Mandalore. A leader which apparently Moff Gideon has killed, given that he now owns it.

There are a lot of theories about what season 2 of The Mandalorian will bring. Two factors come together to form a theory:

First, the Darksaber is a hugely important weapon for Mandalore so it seems like it will represent more than just a cameo, but a potentially significant arc for our central Mandalorian friend.

Second, insiders have reported that season 2 of The Mandalorian will incorporate “Skywalker saga” movie characters.

So, where do these two things collide? With character in particular. 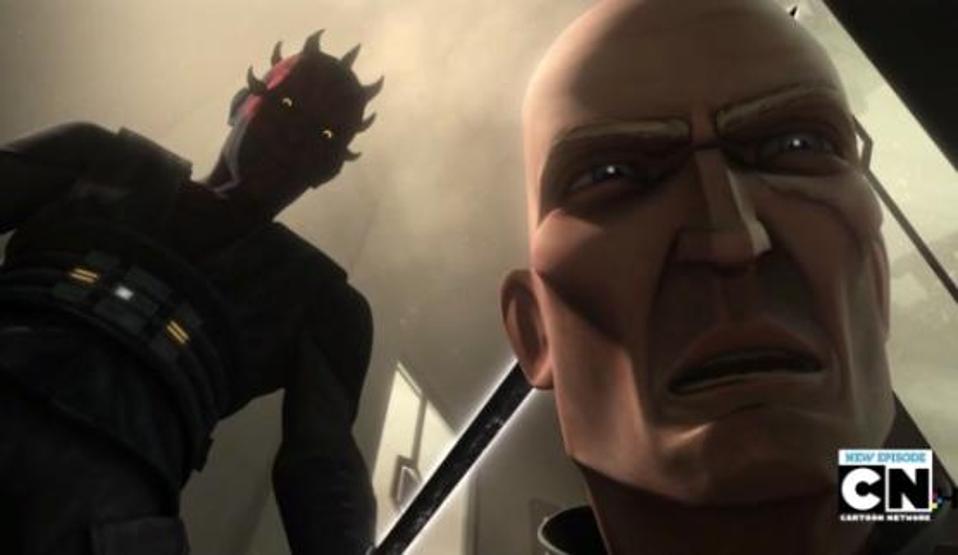 That would be Darth Maul, who was an essential part of the Darksaber arc in both the Clone Wars and Rebels storylines, with him possessing the weapon a good chunk of the time. He’s certainly a movie character, pulled from The Phantom Menace, and we have confirmation in the movies themselves that he survived his initial bisection at the end of that movie by Obi-Wan (he now has robot legs), as he shows up in a surprise role in Solo.

The idea that Maul could be showing up in The Mandalorian was egged on by social media posts from two Maul actors. The first was Ray Park, who posted a (presumably old) photo of him in Maul makeup. He played the character in Phantom Menace and I believe for the brief Solo cameo, though no acrobatics were required for that one.

He’s referring to the Darksaber, of course.

So, is this possible? Could Darth Maul return all these years later and be a key character in The Mandalorian? I have my doubts, but I think we can’t necessarily rule it out either.

First, we need a timeline:

The Mandalorian takes place 9 years after the Battle of Yavin.

So, that’s a 41 year span, but Zabraks, Darth Maul’s race, reportedly have an average lifespan of 180 years, so that’s really not a factor. 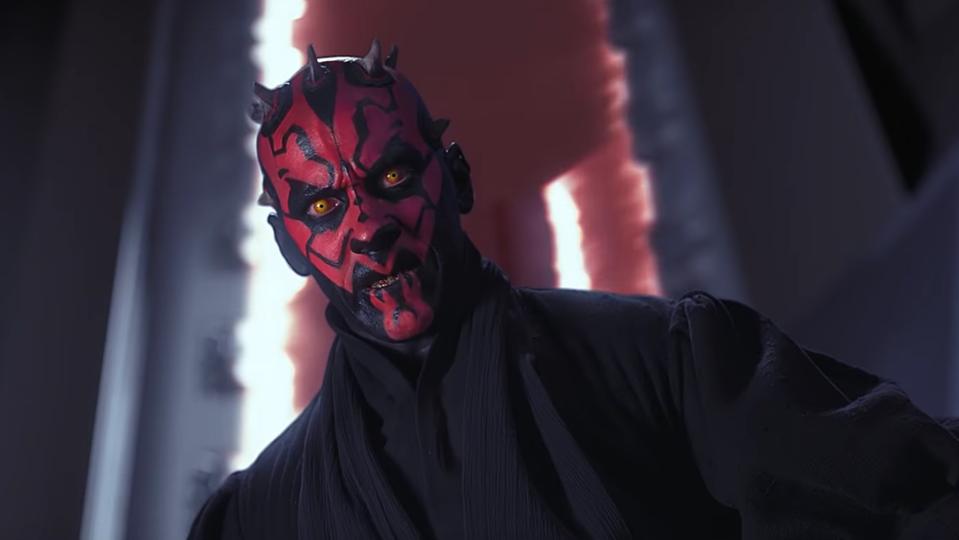 The problem, of course, for any Rebels-watchers, is that we know that Maul’s story ends yet again with Obi-Wan Kenobi killing him again. So to bring him back would require a possible rewrite there, or a full-on resurrection. But he’s already survived certain death once (twice?) and we just had an entire blockbuster film dedicated to the idea that the Dark Side brought Palpatine back from the dead in zombie corpse form, so really, nothing’s impossible.

I worry that Maul would be a bit too much of a “name” to show up in The Mandalorian which has benefited from stay away from big, obvious lore characters like that. He would also be a hugely powerful force user in a show where only Baby Yoda has that role, and it would further break the “no true Jedi or Sith” mantra the series has had to date.

There’s a lot of evidence that The Mandalorian could bring in Maul.

They’ve already mentioned movie characters, and revealing the Darkblade immediately forms a direct link to Maul, as no other villain has more history with the weapon.

Dave Filoni, a key producer/director on The Mandalorian, clearly loves Maul given how much time he devoted to bringing the character back in both of his animated series (which are canon, keep in mind).

Disney has greenlit the reappearance of live-action Maul via Solo, and presumably the idea was to have him in more films before Solo bombed and that storyline dissolved.

So yeah, I can see it. I still think it’s more likely we see say, Boba Fett at some point, rather than Maul, but I’m not going to rule it out either, given all the evidence in place. We’ll see next fall.

How One Young Entrepreneur’s Simple Fix May Change...

The Stock Market Is Still Up This Much...

How Fintech Companies Are Taking Aim At The...

Authenticity Is The True Meaning Of Entrepreneurial Success