Home Business Despite No NCAA March Madness, One Shining Moment Dances On
Business 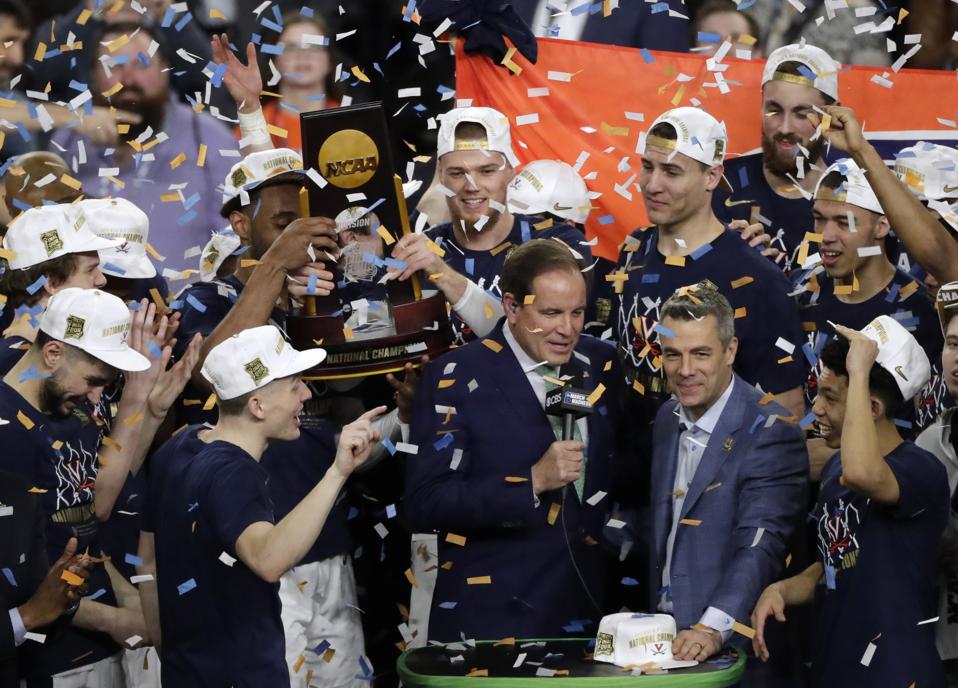 When David Barrett penned the words and music to a song that has become a rite of passage each spring in 1986, he knew he was onto something.

One Shining Moment was good, Barrett knew, in fact, in his own words, it was “scary good.” But never in his wildest imagination could the Michigan-based composer know that the song – which is the crowning culmination of the NCAA Tournament each year – would take on the life it is. Even this season, after the NCAA announced that it would cancel its men’s and women’s basketball tournaments due to the ongoing coronavirus global pandemic, One Shining Moment has again sprung to life thanks to fans and college basketball programs alike that have put together their own video montages to accompany Barrett wrote so many years ago.

While some skeptics wonder if – more than 30 decades later – Barrett grown tired of hearing the song  or seeing it put to music , the simple answer is no. For Barrett, a composer’s most important work flows out of what he loves, making the place the song has found over the years even more significant to the man who wrote it.

“The magic of this is that people are endeared to these moments in the way they’re presented,” Barrett said in a telephone interview. “To be part of that little bit of Americana is a pretty cool thing.”

Even in the absence of an ongoing tournament this month, videos encapsulating magical moments from college basketball’s regular season continue to be created on a regular basis. They are being produced by fans and programs – both big and small – and all follow the same soundtrack that CBS Sports and now Turner Sports have set to video for more than 30 years. Barrett’s song was originally handed over to CBS by his longtime friend – former Sports Illustrated writer Armen Keteyian – who told Barrett that if he ever recorded the song to send him a copy. Barrett did so in cassette form and without telling Barrett, Keteyian took the song to CBS, who took a song that Barrett admits could have been “just another song in a shoebox” and made it a star.

But it’s the way CBS and notably CBS Sports Creative Director Doug Towey, who Barrett said, was a bit of a poet and a tech-head at the same time, handled the song with so much respect that makes the videos what they have become.

“He had a vision for the song and he knew what it could be in this context,” said Barrett, whose song was first used in 1987 when Indiana beat Syracuse for the national championship on Keith Smart’s last-second shot. “I (saw it) and I thought, ‘son of a gun, Doug, you got it exactly right.’ He made it cinematic. Doug understood the poetry of basketball.”

Now, in a year where there will be no Final Four, others have taken the baton of inspiration that Barrett and Towey created and have run with it. Barrett has seen a number of the creations, which combine memorable moments from subjective perspectives. While the song has become generational in its appeal, even younger fans – like 18-year-old North Carolina State freshman Max Goren – have discovered the magical quality of Barrett’s creation.

Goren poured over various renditions of the tournament-ending videos on YouTube and then spent two hours creating his own version. In addition to a number of moments that come to mind among college basketball fans nationwide, Goren included the Senior Night moment of Vermont’s Josh Speidel, who was involved in a serious car accident as a high school senior after committing to Vermont. The school honored Speidel’s scholarship and despite not appearing in a game for four years during his collegiate career, Speidel started for Vermont on senior night and scored a basket after Albany coach Will Brown instructed his team to allow Speidel a path to the basket.

It was a moment that went viral and that Goren felt belonged in his One Shining Moment compilation, which of course is set to a song that, despite his youth, Goren has come to think of the cherry on top of the whole tournament.

“I thought that was a pretty moment to include,” Goren said. “It didn’t get a whole lot of play (nationally).”

When he created the video, Goren never anticipated anyone would see it. As of this week, it has been viewed more than 61,000 times.

“I was just blown away,” he said. “I was just glad people were able to get something out of it.”

For Barrett, the fact fans and college programs alike have continued the creation of making the song part of spring – even as life as we know it has been disrupted by the COVID-19 crisis – does his heart good.

But Barrett also realizes what the song has come to mean to college basketball players who have – like the rest of the nation ­– become accustomed to having One Shining Moment become part of the sporting landscape.

It’s a notion that certainly isn’t lost on Barrett, who now refers to the song that has come to define him as a “freak of nature.” But as much as he often gets lost of the nostalgia of it all, he knows the players whose images make up the annual video scrapbook will carry their own moment in time with them for a lifetime.

“Everyone is out there trying so hard and being part of this now tradition,” Barrett said. “Twenty years from now, they can look at this and say, ‘gosh – look at me then’” and that’s pretty special.”

If We Saw Betelgeuse Explode It Would Be...

10 Observations About The Indiana Pacers At The...