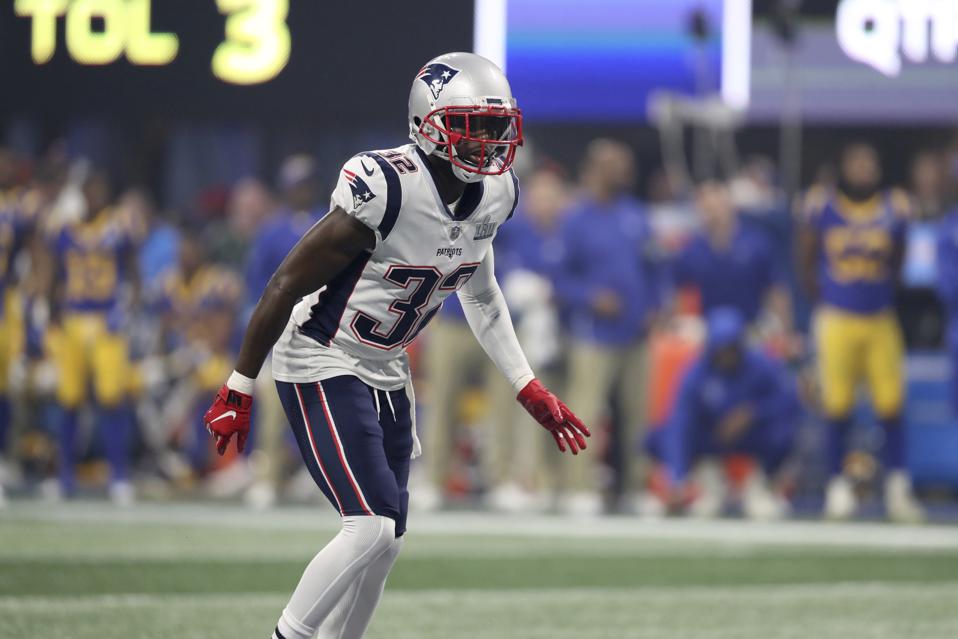 Devin McCourty agreed to terms Sunday night on a two-year contract extension with New England worth $23 million, sources told NFL Media’s Ian Rapoport. The extension includes a reported $17 million guaranteed, and all but guarantees that the soon-to-be free agent instead ends his NFL career where it began.

McCourty broke the news himself on the Double Coverage podcast with his twin brother, corner Jason McCourty, whose 2020 contract option was picked up by the Patriots last week and carries a $5.5 million cap charge.

“Breaking news. Breaking news,” he said. “… I will be staying here in New England to play alongside this guy. Sign me up.”

A nine-time captain and three-time Super Bowl champion, McCourty stands with 178 appearances dating back to his rookie year in Foxborough. Each of which, including playoffs, has been started. Fellow Patriots safety Patrick Chung is next closest among active players on the defensive side of the ball, yet spent one campaign away with the Philadelphia Eagles before returning to the organization that drafted him.

That leaves McCourty with the longest continuous tenure on the defense.

The starting lineup when No. 32 made his debut included Vince Wilfork, Myron Pryor, Mike Wright and the late Ron Brace along the defensive line. It included Jerod Mayo and Gary Guyton at linebacker. And it included Darius Butler, Jonathan Wilhite, Brandon Meriweather and Chung in the secondary.

McCourty’s cap number eclipsed $13.4 million at the end of the five-year, $47.5 million contract he signed with New England in March 2015. The final year of the deal brought along $9 million in base salary to go with $500,000 in cumulative per-game roster bonuses.

It saw McCourty intercept four passes in September to match his total from the previous four regular seasons. The reigning AFC Defensive Player of the Month then intercepted a fifth in October.

McCourty finished having checked into all 16 games for the seventh time since entering the league. The past decade’s arrival out of Rutgers recorded 58 tackles, seven passes defensed, a pair of forced fumbles and one fumble recovery along the way.

“I definitely see me playing football next year,” McCourty told reporters following New England’s loss to the Tennessee Titans in January’s wild-card round. “I’ve had a lot of fun this year with this group of guys.”

The group is subject to change with the league year scheduled to open at 4 p.m. ET Wednesday.

But both Devin and Jason McCourty will turn 33 on the Gillette Stadium backfields in August.

Updated: Sick Leave Policies Are Changing Due To...

How To Present Your App Idea To Developers