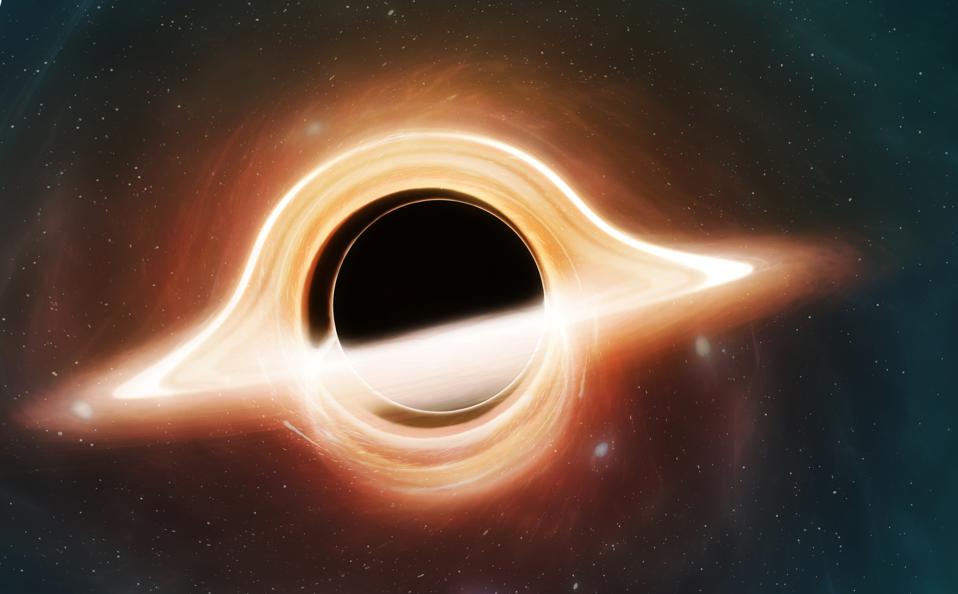 Illustration of a black hole. A black hole is a region of spacetime where the gravity is so powerful … [+] that not even light can escape them. They are created when massive stars die. This one is surrounded by an accretion disc of material, the light from which is warped by the strong gravity. Both the front of the disc and the portion behind the black hole are visible.

Black holes are mysterious enough, with their ability to warp space and to stop the passage of time. They sound like science fiction, rather than science fact, but there is no doubt that they exist. However, there remain many mysteries in the details in the range of masses they can have and how some of the more unusual ones form. And the surprises keep incoming, for example a recent announcement by the Chinese Academy of Sciences of a black hole within our galaxy with a mass of about 70 times that of the sun. This is twice as big as current theory can explain.

Black holes are formed in a number of ways. There is a class of enormous black holes found at the center of nearly every galaxy, millions or even billions of times heavier than our sun. But much more common are stellar-mass black holes, which are the husks of long-dead stars. These black holes have the mass between three or four times the mass of our sun to about thirty solar masses. They give off no light and absorb all matter that falls into them. An isolated black hole is completely invisible and can be detected only by its enormous gravitational effect on any companions.

The word “isolated” is important, as black holes have been observed by their interactions with their surroundings. Many black holes have a companion star or are immersed in a cloud of gas. In both cases, the black hole can pull gas or even entire stars down into it. As the material falls into the hole, it heats up and emits forms of light from the visible light to x-rays and even more energetic. Perhaps ironically, this glowing material can make an otherwise-invisible black hole easily detectable obj – often incredibly bright against the cold blackness of space.

However, if a black hole isn’t feeding on its surroundings, finding it is much harder and, even then, it is only through its interactions with other objects that astronomers can find them. That’s what the researchers in the most recent announcement did. 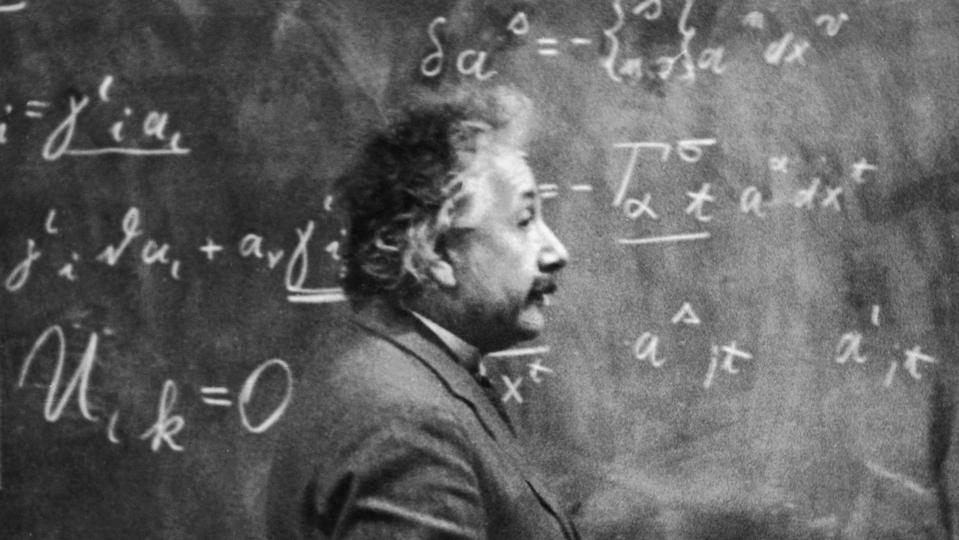 circa 1931: Albert Einstein’s theory of general relativity is what scientists use to describe a … [+] black hole. (Photo by Hulton Archive/Getty Images)

Astronomers were studying a star called LB-1, located about 14,000 light years away from Earth in the general direction of the galactic anti-center. (The galactic anti-center is located on the opposite side of the solar system as the galactic center.) This star is of the stellar class B, with a mass of about eight times that of the sun. It appeared to be orbiting a much more massive invisible companion, with a mass of about 68 times as much as the sun. Astronomers ruled out a companion star, as a star of that mass would have been readily visible. After careful consideration of possible alternatives, astronomers concluded that they had discovered a black hole with nearly 70 solar masses.

Such a massive black hole is quite a surprise. According to modern models that describe how black holes are made, they should not have masses much more than about thirty five times that of the sun. This is especially true in that particular part of the galactic neighborhood, where the neighbors are older and second or third generations stars.

Astronomers don’t understand how such a large black hole could be made. It’s not that no such hole has been observed, for example, the announcement of the first observation of gravitational waves in 2016 reported the creation of a black hole with a mass of 62 solar masses. This particular black hole was created by the coalescence of two other black holes, however the location and environment of the newly-found black hole makes it unlikely that this newly discovered black hole was made by this mechanism.

One interesting idea is that the recently-reported black hole is not one, but two black holes locked in orbit around a central point, each with a mass of about half of the whole. If this is the case, this would be the first reports of a binary black hole.

So, what’s the bottom line? The bottom line is that the universe is wonderfully complex and scientists have a lot of work to do to understand everything we’d like. The era of black hole astronomy is just beginning, and it is almost certain that we’ll encounter even more unexplained things as we try to better understand these most fascinating of cosmic phenomena.

Can The Panthers Keep Their Playoff Hopes Alive? Three Games To Watch

The Secret to Getting Anything You Want in Life