Home Finance Does Joe Biden Have Dementia? Does It Matter?
Finance 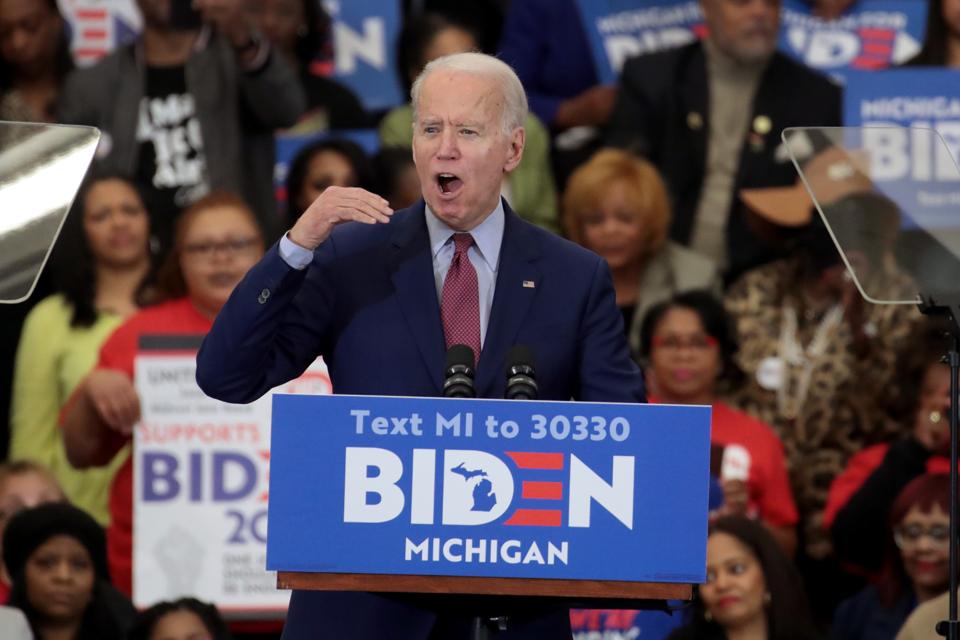 As I write this, news outlets such as CNN are reporting that former Vice President Joe Biden has won the primaries in the states of Michigan, Missouri, and Mississippi (with the remaining outcomes not yet certain). It becomes increasing probable that Biden will be the Democratic nominee for president.

And at the same time, among Republicans, at any rate, speculation continues that, as is the case for about 10% of Americans within his age range, Biden is impaired with dementia.

Here’s Roger Kimball writing at The Spectator’s US edition:

“Some people dismiss evidence of Biden’s incapacity as just a matter of ‘gaffes’, little mental hiccups of no consequence. They aren’t ‘gaffes’, i.e., simple mistakes. They are tokens of serious mental incapacity. Judge for yourself. Here’s Biden from a couple of weeks ago announcing that he is running for the US Senate (ah, the good old days). [a video follows]

“Or how about his claim that ‘150 million‘ Americans have been killed by guns since 2007? Or here he is trying to get his mind (and his mouth) around the Declaration of Independence: ‘We hold these truths to be self-evident: all men and women are created, by the, you know the, you know the thing.’”

“’From the Alzheimers association webpage ‘Aggressive or angry behaviors may occur in people with Alzheimer’s or other dementias,’ the president’s eldest son said Tuesday on Twitter in response to a video of Biden berating a Michigan man. ‘A 50 year career politician doesn’t snap back this way to a blue collar guy asking him a reasonable question given his parties stance on the issue.’”

“The problem is that we have never before witnessed a major party’s likely candidate who so early in the race seems unable to meet the grueling demands of the spring, summer, and fall campaign trail, much less the anticipated duties of president — especially from the party who insisted so loudly that Trump was non compos mentis that it apparently prompted the president to take the Montreal Cognitive Assessment screening test, which he aced, but which a current Joe Biden might well not be able to ace if similarly accused of being mentally unfit and removable via the 25th Amendment.”

And to take a step back, Trump did indeed “ace” the Montreal Cognitive Assessment screening test back in 2018. At the time, this produced triumphant reactions from some; others declared that this test would not pick up on nuances of mental decline or the bigger picture of whether Trump is fit to serve as president. And the Montreal screening is hardly the sort of test that identifies how clever one is, or how much wisdom one has, of the sort that might come in handy in managing, well, just about anything a president has to mange.

But the test (which is no longer easily available online for copyright reasons, but described in detail at VeryWellHealth and with a partial image at The Guardian) is meant for a specific objective: screening individuals for dementia or mild cognitive impairment. It consists of tasks such as drawing a clock face, naming animals based on line drawings, reciting a set of numbers forwards and backwards, listing as many words as you can think of that start with the letter “f,” and similar questions, for a total of 30 points, with 26 points required to “pass” the screening, and a lower cut-off differentiating between mild cognitive impairment and dementia itself.

And — folks, this is where I’ll take off the journalist hat for just a moment: I have watched someone take this test. To a cognitively unimpaired person, the questions seem trivial. But the individual that I watched take this screening could not answer questions that to an unimpaired person would seem obvious. These are not “trick questions”; it’s not an IQ test nor is it designed to ferret out nuances. But if a person really does have impairment, the test really will identify it.

Which means that, yes, if Biden’s gaffes and his outbursts are just “Biden being Biden,” then there should be an easy enough answer: Biden could take the screening test just as easily as Trump did, and just as easily pass it, and then everyone can just shut up about the issue — unless, that is, the claims of Republicans that he has been pushed and manipulated into this election against his own best interest, and he’d be better off having stayed in retirement, are actually well-founded.

But — to address the second question in my title — I’m not sure that it matters to voters, many of whom, near as I can tell, simply see Biden as a placeholder for a moderate Democrat and are willing to case their vote even knowing that his age alone creates a fair probability that he won’t finish out his term.

SMART Drumlines At Réunion Island Do Not Attract Bull Sharks

These Are The Equity Sectors That Lose Most...

Five Reasons Investors Should Be Cautious About The...

Talking Points On An Economy Taxed By Coronavirus

Golf In A Time Of Coronavirus

How Does Your Financial Future Change From These...