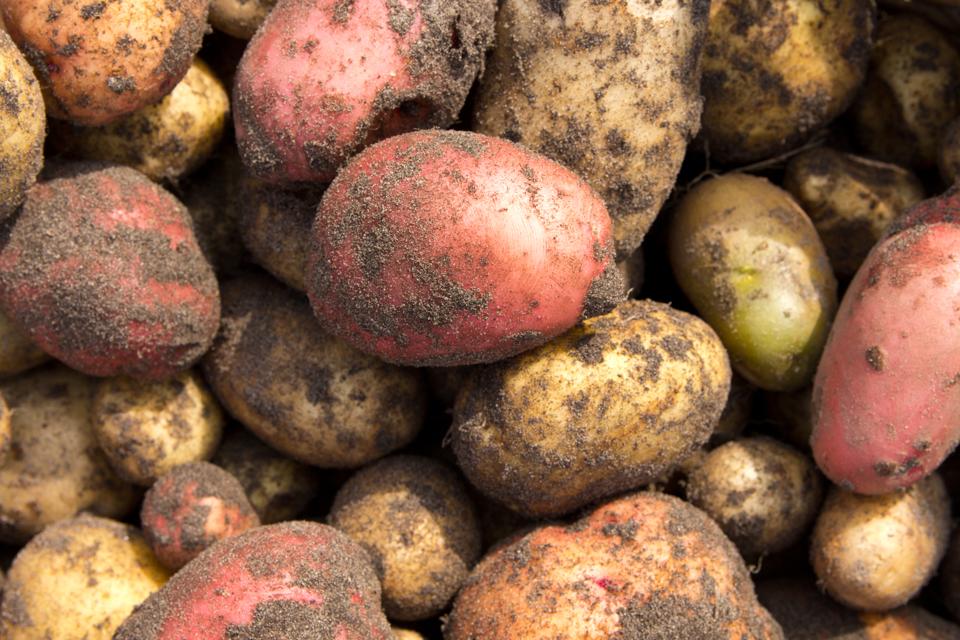 Many of the U.S.’s top, potato-producing states couldn’t withstand what was a cold and wet harvest … [+] season, and its disastrous timing

Much of this year’s agriculture weather news focused on the corn belt with its spring flooding, late planting and potential early freezes. There have been significant weather impacts to other agriculture segments as well, specifically potatoes. Most of the U.S.’s top, potato-producing states struggled with a cold and wet harvest season, and its disastrous timing.

The U.S. Department of Agriculture forecasts domestic output of potatoes will drop 6.1% this year to the lowest since 2010. The Nov. 8 report also noted that top producing state, Idaho, output is forecast to fall 5.5%.

In Idaho, potato farmers suffered the same weather as those in the corn belt early in the season; rain and cold that delayed planting and early growth. But, it was the harvest season, that bore the brunt of the bad weather. “In October, the average temperature in Idaho was the coldest on record, getting down the 13 degrees at one point during the month,” said Bryce Anderson, DTN Senior Ag Meteorologist. “Coupled with a few notable winter storm systems, it brought on significant disruption at harvest time.”

The Idaho Potato Commission in eastern Idaho, estimated that yields were off 10-20 percent because of growing conditions and up to 30 percent of the potato crop statewide was lost to the frost damage at harvest time.

Growers in North Dakota experienced one to two feet of snow in mid-October, said Anderson. The season essentially ended on Halloween, when in Grand Forks, ND, temperatures were reported at a low of 18 degrees, following a few nights of sub-freezing temperatures. Between the snow and the rain, North Dakota producers likely had twelve percent of its potato acreage unable to be harvested because of the harsh conditions. Similar calamities with ill-timed cold and wet weather also disrupted the potato harvest in Manitoba and Alberta provinces in Canada, Anderson added.

There was one region of potato producers that escaped the extreme snow and cold of October, and that was Washington state. Washington, which is actually the nation’s second-largest producer of potatoes, or about 24 percent of the nation’s crop, actually increased its production this year over 2018. Although there was a successful harvest this year, Washington growers may not completely escape the impact of the broader artic air that plagued growers around the country. The availability of seed potatoes for next spring as a result of this fall’s harsh weather may be in short supply for potato producers across the country.

2019: Yet Another Year Of Dramatic Ice Loss

How Visine Eye Drops In The Mouth Can...