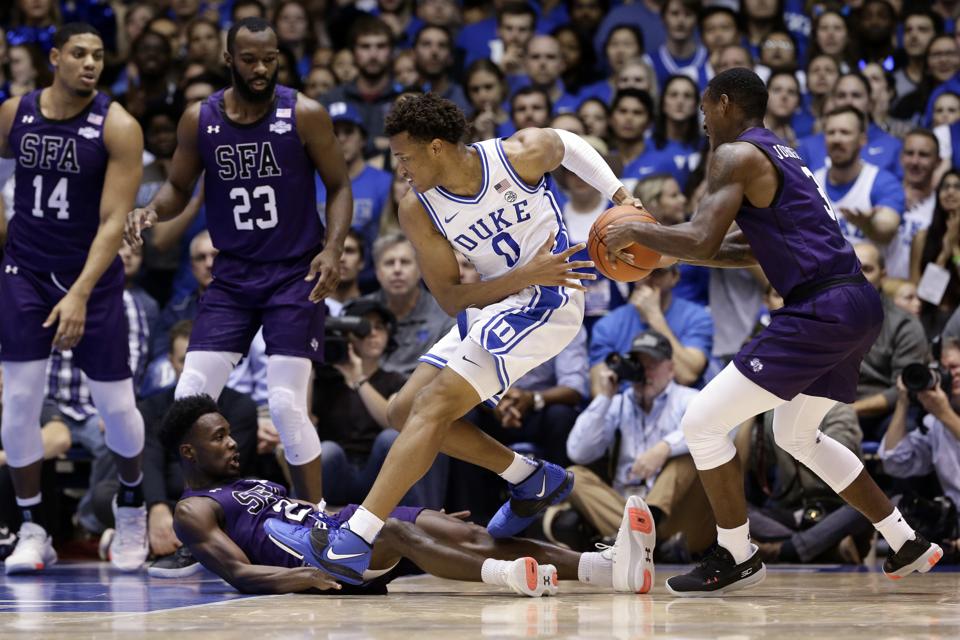 College basketball fans’ perception of the shocking early upsets suffered by Duke and Kentucky might depend on their worldview.

For glass-half-full types, Duke’s overtime loss to Stephen F. Austin and Kentucky’s defeat against Evansville were anomalies. Championship teams can and have come back from losses to teams outside the sport’s seven power conferences (ACC, American, Big 12, Big East, Big Ten, SEC and Pac-12).

For the glass-half-empty fans in their fan bases, however, those defeats set off alarm bells. For good reason. Because while, yes, some teams have bounced back from an early stunner to win a national title, it has been extremely rare.

In fact, the last 14 national championship teams – dating back to the 2004-05 North Carolina Tar Heels, who dropped their season opener at Santa Clara on Nov. 19, 2004 – suffered their only losses against members of the Power Seven. Since that 2004 UNC loss, the eventual championship teams have won 149 straight games against teams from outside the power conferences.

At least the Blue Devils and Wildcats have company among prominent programs that suffered early mid-major losses in the strange first couple months of the 2019-20 season. North Carolina, Arizona, Oregon, Florida, LSU, Houston and Iowa have also dropped games against opponents that are members of conferences outside the Power Seven.

In Oregon and Arizona’s defense, their losses were at least to perennial power Gonzaga, which has won the West Coast Conference in 18 of the last 19 years. Iowa’s loss was to San Diego State, one of two remaining unbeaten teams in Division I. Slumping UNC lost to both Wofford and Gonzaga, while Florida (Utah State), LSU (VCU, Utah State, East Tennessee State) and Houston (BYU) all lost to at least one mid-major opponent.

It has been that kind of year, where shocking upsets have become commonplace. A record five different teams – Michigan State, Kentucky, Duke, Louisville and Kansas – lost as top-ranked clubs within the first two months of the season.

Meanwhile, ESPN pointed out that four of the top seven men’s basketball upsets from the last 15 years have occurred early in the 2019-20 season: 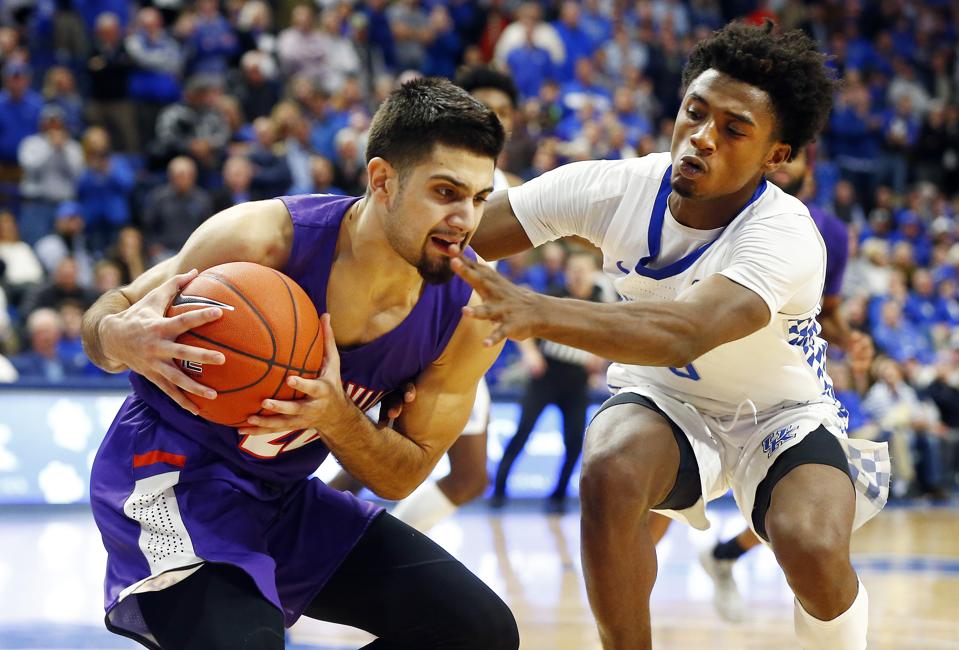 Perhaps these upsets are signs of increasing parity within college basketball. FiveThirtyEight recently hinted that could be the case, pointing out that because no single traditional power loaded up on top-tier recruits this year – Memphis actually signed the nation’s top three recruits according to 247Sports, although Tigers blue chipper James Wiseman has already called it quits in college – it would be reasonable to expect more balance between teams this season.

That could make for an entertaining NCAA tournament, as we already have clear evidence that some of the sport’s preeminent programs are capable of losing to programs that might do well to earn a No. 16 tournament seed in March.

Despite those losses, glass-half-full Duke and Kentucky can correctly point out that their teams still boast championship-caliber rosters. It would hardly shock college basketball fans to see those teams in the thick of the championship chase at the end of the season.

But historical precedent is not on their side. Aside from the 2004-05 UNC team, the only other championship team in the 2000s to rebound from a similar loss was the 1999-2000 Michigan State Spartans. Tom Izzo’s club lost 53-49 at Wright State that December, but rallied to win the Big Ten’s regular-season championship, the conference tournament title, and finally the NCAA tournament title.

The other 18 championship teams this century were a combined 176-0 against opponents that were not members of the ACC, American, Big 12, Big East, Big Ten, SEC or Pac-12.

2020 will bring a New Renaissance: Humanity over Technology

For COVAD-19 Coronavirus, How Well Do Thermometer Guns...

Can A ‘Crowdsourcing’ Approach Make The American Weather...

A Wrestling Fan’s Guide To Nielsen Ratings For...

For The Browns, Tight End Is A Position...