Home Technology Exposed—Apple iOS 13 Has Worrying Encryption Flaw: And There Is No Workaround
Technology

Exposed—Apple iOS 13 Has Worrying Encryption Flaw: And There Is No Workaround 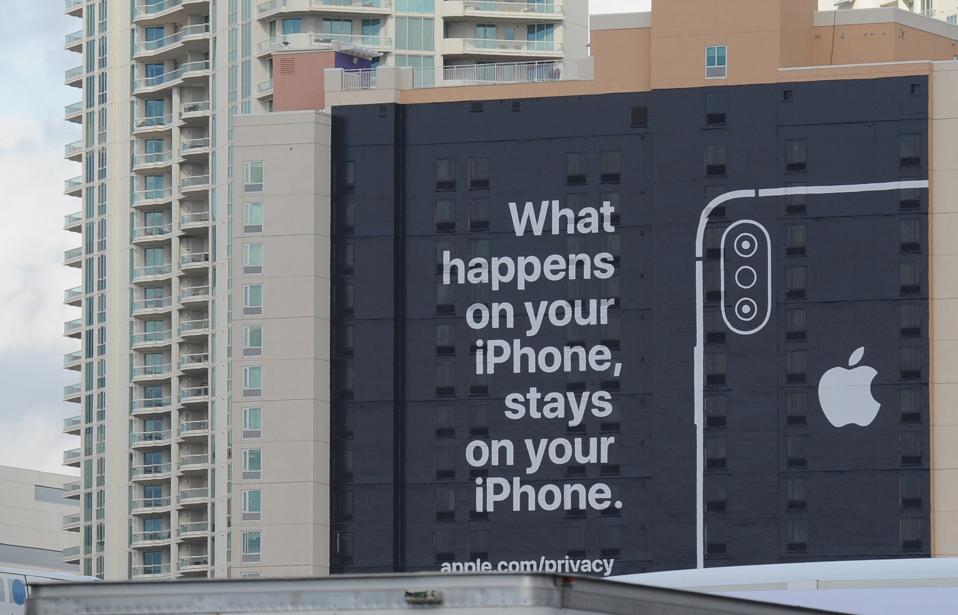 Embarrassment for Apple this week, with the disclosure of a basic security vulnerability in iOS 13.1 onwards that potentially puts users at risk. The issue relates to the use of virtual private networks, which tunnel a user’s internet traffic through secure servers to keep it away from prying eyes.

The use of VPNs has surged in recent years, given the risks of public internet access and data snooping. With many of us now working from home, this has become even more prevalent over recent weeks, as businesses the world over look to secure enterprise data across a fragmented workforce.

What should happen when you load up your VPN, is that all the internet traffic to and from your device tunnels securely away from the open internet. The information you send and receive, the sites you browse, all should be secure. But the security team at ProtonVPN discovered a major flaw in the way Apple loads a VPN.

Instead of the iOS device shutting down all internet connections and then reopening them under the cloak of the VPN, it appears that from iOS 13.1 onward, Apple devices do not shut down open connections. And while anything new is secured by the VPN, those already open connections could be leaking data to the open internet, despite that reassuring little VPN logo on the screen. 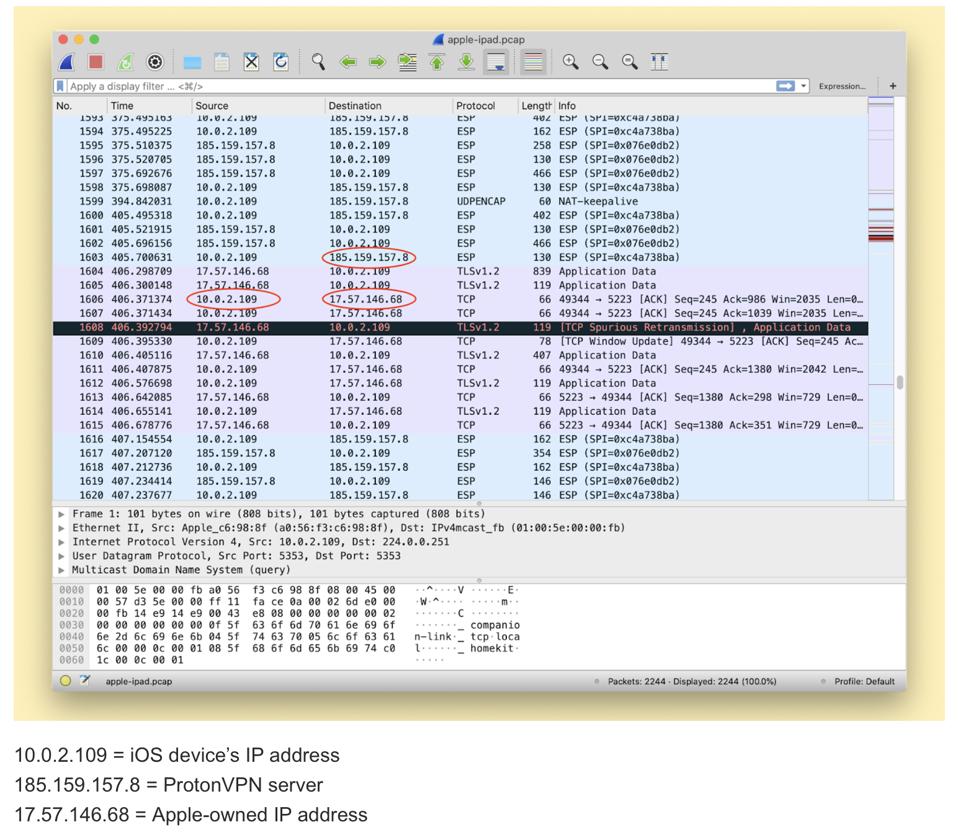 “Most connections are short-lived and will eventually be re-established through the VPN tunnel on their own,” the ProtonVPN team says, but warns “some are long-lasting and can remain open for minutes to hours outside the VPN tunnel.”

With state surveillance becoming an increasing concern across the world, this will come as a serious concern for reporters, lawyers and activists in countries known for their surveillance ecosystems, where VPNs are the default security measure in use. “The problem,” ProtonVPN says, “could impact any app or service, such as instant messaging applications or web beacons.”

With most traffic these days encrypted, the risk is less the content and more the metadata—the IP address of the user and the IP addresses of the sites they’re visiting and the services they’re accessing. This metadata tracking and analysis is becoming ever more advanced these days, you’d be amazed what an attacker can work out simply by looking at the “containers” around a user’s content.

There is no workaround or patch—although you can expect one soon given the publicity that will be generated by this flaw. “Neither ProtonVPN nor any other VPN service can provide a workaround for this issue because iOS does not permit a VPN app to kill existing network connections.”

A user can load a VPN and then kill the internet connection totally, putting the device into flight mode, which would theoretically reload all open connections inside the VPN—albeit ProtonVPN warns “we cannot guarantee this 100%.” Alternatively, enterprise users can have “always-on VPN’ configurations set up within the mobile device management profiles operated by their companies—although that is not available to most of those impacted by this flaw.

“Those at highest risk because of this security flaw,” the researchers warn, “are people in countries where surveillance and civil rights abuses are common.”

There have been multiple reports as to the risks to users from the less secure VPNs available on the market today. This issue, though, is more fundamental as it does not matter which product a user has installed, the flaw will be the same.

Now we await a response and a patch. According to Bleeping Computer, “Apple acknowledged the VPN bypass vulnerability after ProtonVPN’s report and is currently looking into options on how to fully mitigate it.”

How Companies Are Preparing For The Shifting Data...