After losing by literally one yard in one of my leagues last week, I want to congratulate all of you for having something to play for this Week 16 of the fantasy football season. Even if it’s like me, for a spiteful third place, it’s better than nothing and still worth fighting for.

With even more injuries piling up last week, sorry to all you Chris Godwin owners, let’s check out FantasyPros’ half-PPR wide receiver rankings to find us some value. As always, if your league has unique rules or you’re just looking for more help for your specific roster, their Start/Sit Assistant is a great tool as well. 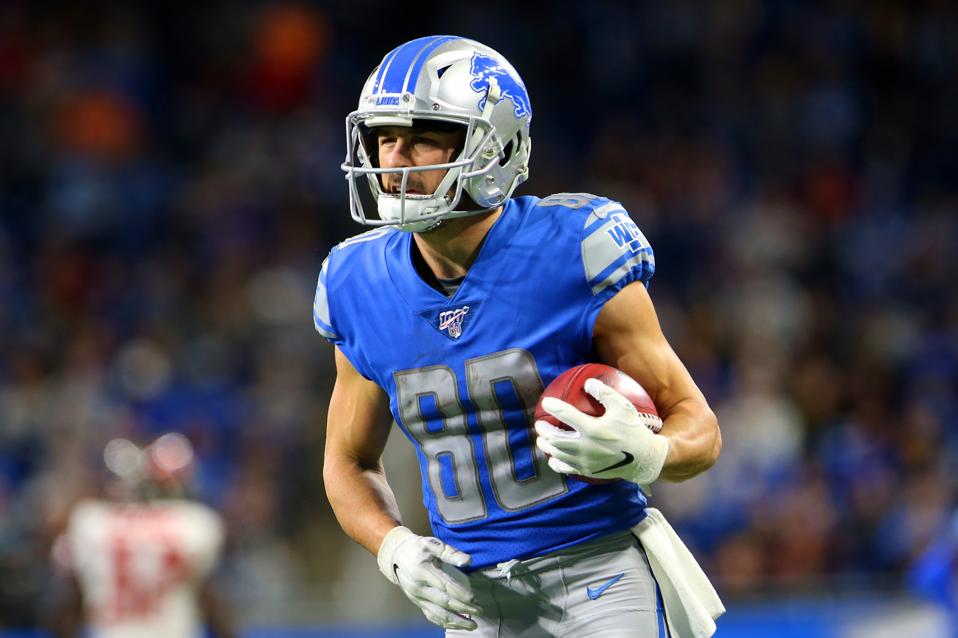 Detroit Lions wide receiver Danny Amendola (80) carries the ball during the second half of an NFL … [+] football game against the Tampa Bay Buccaneers in Detroit, Michigan USA, on Sunday, December 15, 2019. (Photo by Amy Lemus/NurPhoto via Getty Images)

Since David Blough took over as the Lions starting quarterback, Danny Amendola leads the team with 29 targets. In the first game following Marvin Jones’ injury last week, Amendola came through with eight catches for 102 yards on a team-high 13 targets. It’s a usage rate we’ve seen not just from Jones going down, but also after T.J. Hockenson’s injury as well.

With one of the lowest-implied team totals of the week, it’s a scary proposition to start Amendola, but we’re not really banking on him scoring a touchdown to generate a positive ROI. He was tackled just short of the endzone last week and was targeted in the end zone the week before, but again, the value here is the volume play.

Amendola’s tremendous target share in an offense that is top-10 in offensive plays per game creates a relatively high-floor despite the low projected totals.

Broncos star corner Chris Harris will likely stick to Kenny Golladay all game, which could force Blough’s hand even further to targeting Amendola against Denver’s middle of the pack pass defense. 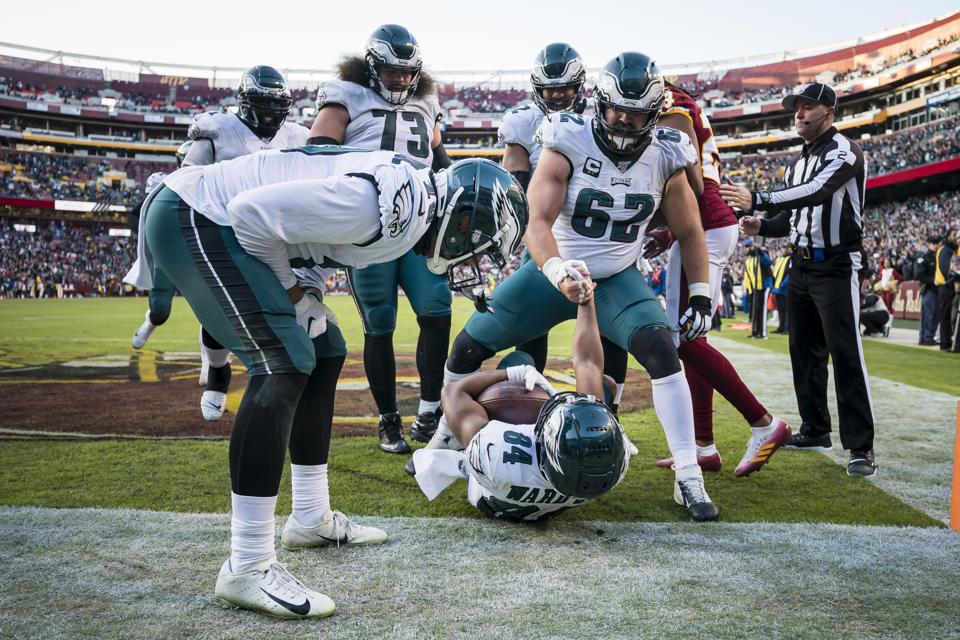 LANDOVER, MD – DECEMBER 15: Greg Ward #84 of the Philadelphia Eagles is helped up by Jason Kelce #62 … [+] after scoring the game-winning touchdown against the Washington Redskins during the second half at FedExField on December 15, 2019 in Landover, Maryland. (Photo by Scott Taetsch/Getty Images)

If Danny Amendola isn’t on the waiver wire in your league, Greg Ward is pretty much the same value play.

It’s been a battle of attrition in Philadelphia of late, and following injuries to Alshon Jeffery and Nelson Agholor, Greg Ward is one of the few wide receivers still standing. In each of the last two weeks, Ward has nine targets and last week hauled in seven balls for 61 yards and a touchdown.

Ward was college quarterback. He was playing in the now-defunct Alliance of American Football league (AAF) last spring. He’s been waived/cut/practice squad’d (new word, bear with me), but he’s continued to persevere and has stood out as a versatile weapon for an Eagles offense that has been throwing the ball a TON over the last few weeks.

The offense still belongs to Zach Ertz and it will run through him, but as the more highly-touted J.J. Arcega-Whiteside continues to disappoint, Ward has stepped up and earned those 18 targets over two games. Especially promising for us, are the targets he’s getting in when it matters and the redzone.

With Philly’s season on the line, Wentz targeted Ward over and over, and the man who was cut or released six different times by the Eagles came through each and every time.

Heading into their biggest game of the season against the Cowboys, Ward will again be in line for a huge role in the Eagles’ offense. Listed as home underdogs with a 46-point over/under, the game-script will be in his favor against a secondary that’s been beatable over the last few weeks.

For someone that’s available in 92 percent of Yahoo leagues, I really like Ward to out-perform his ranking this week. 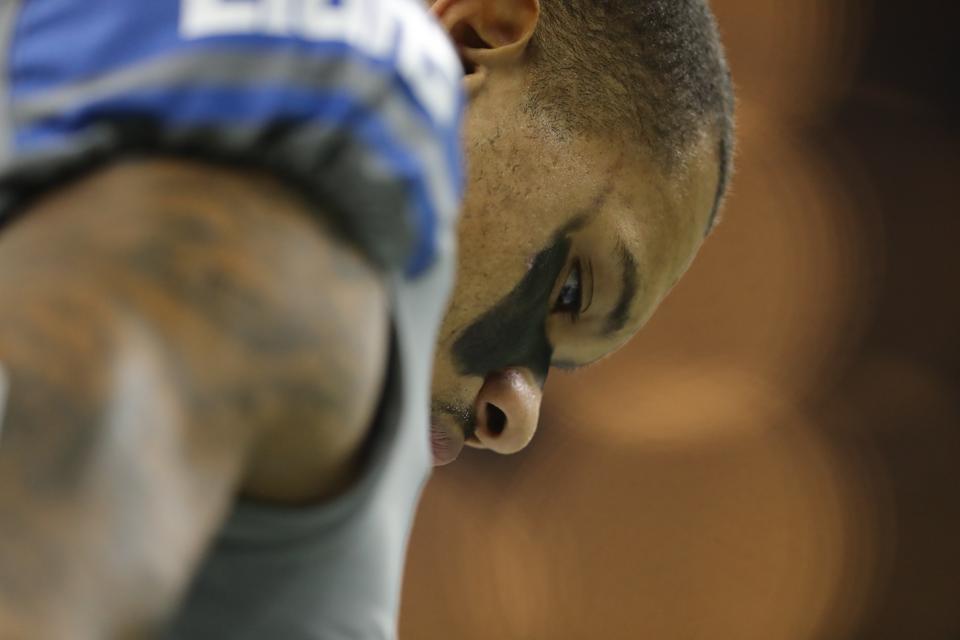 DETROIT, MI – NOVEMBER 28: Kenny Golladay #19 of the Detroit Lions during warm ups before a game … [+] against the Chicago Bears at Ford Field on November 28, 2019 in Detroit, Michigan. (Photo by Rey Del Rio/Getty Images)

For all the reasons I like Danny Amendola, Kenny Golladay is a hard pass for me as a WR2 this week for a multitude of reasons.

Despite trailing for just about the entire game last week, Golladay still only had three catches on seven targets for 44 yards. According to ESPN’s Matthew Berry, Denver allows the sixth-fewest deep completions per game (2.5) and hasn’t allowed a receiver to score more than18.8 points at home this season.

As always, the decision to bench Golladay totally depends on your roster construction and who would be able to replace him, but I’m fading him this week.

Why High-Growth Businesses Are Turning Their Backs On...

Quantum Trends And The Internet of Things

Introducing Single Vineyard Barolo And Barbaresco To The...