FC Barcelona’s desire to sign a midfielder heading into 2020/2021, whenever it may begin, is well known.

Amid the coronavirus pandemic, there have been mutters that governing bodies such as UEFA and FIFA may allow transfer windows to stay open from the summer all the way through to January, in a bid to inject money back into soccer.

In the meantime, then, Barca continue to draw up their shortlist of desired candidates, with a surprise new name emerging as part of a report from Mundo Deportivo’s Ferran Martinez on Thursday morning.

As regards the midfield, there are apparently two targets in the running.

The first Napoli’s Fabian Ruiz, who was oustanding in the Blaugrana’s 1-1 draw with Napoli in the Champions League at the end of January, the second is Tottenham Hotspur’s Tanguy Ndombele currently plying his trade in the Premier League.

Of the two, Martinez writes that the latter “gains strength” in the race due to being a footballer that the Catalans “like a lot” and were “already interested in last season when he was still at Lyon”.

Considered a “modern midfielder” who can occupy a series of positions in the centre of the park, it was Spurs that managed to snap up the Frenchman of Congolese origin for a fee of $66mn.

Struggling to navigate life in north London under Jose Mourinho, who has been publicly critical of the youngster following a 1-1 draw with Burnley, Barca are hoping to exploit the pair’s troubled relationship and lure Ndombele into a change of scenery. 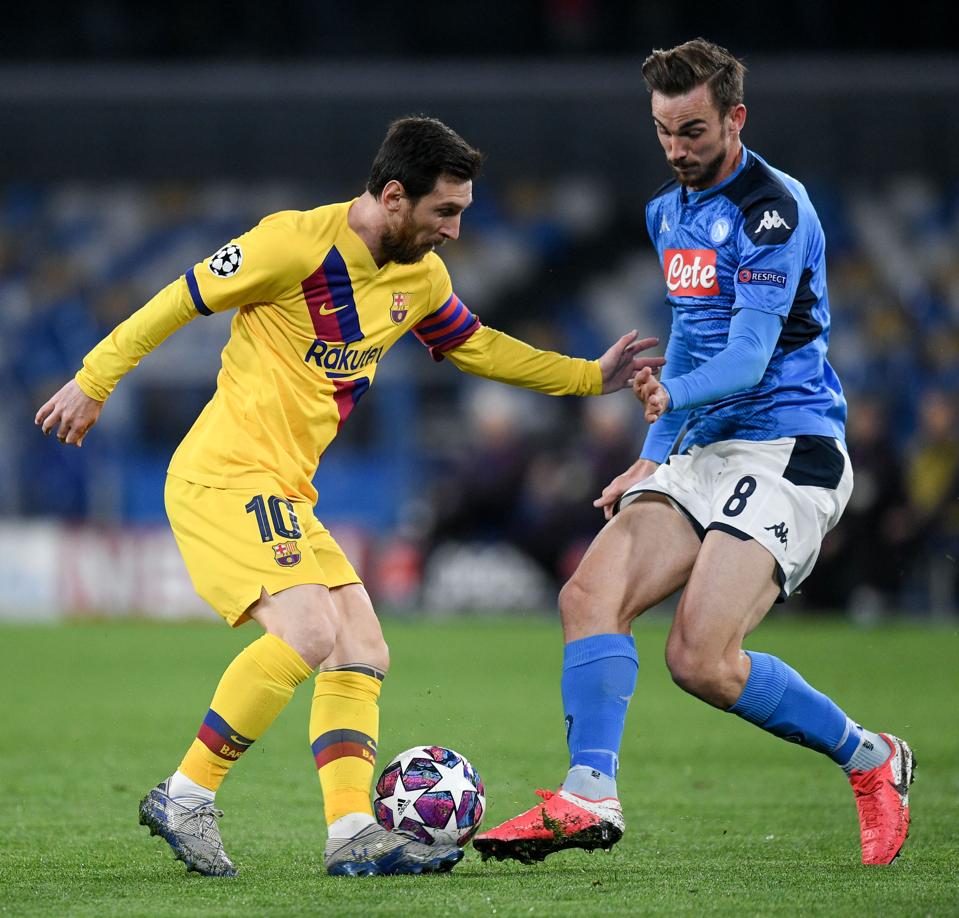 Lionel Messi of Barcelona is challenged by Fabian Ruiz of SSC Napoli during the UEFA Champions … [+] League Round of 16 match between Napoli and Barcelona at Stadio San Paolo, Naples, Italy on 25 February 2020. (Photo by Giuseppe Maffia/NurPhoto via Getty Images)

This is not to say that they have given up on Ruiz entirely. Yet, in times of financial hardship where $167-200mn and $120 must be raised for Neymar and Lautaro Martinez respectively, his $100mn price tag provides a huge obstacle.

As is the case when negotiating with PSG and Inter for the above mentioned stars, perhaps it is through part exchange deals involving the likes of Ivan Rakitic and Nelson Semedo that these sums could be lowered.

Regarding Ndombele, it is also no secret that Spurs have been long term admirers of Philippe Coutinho and have been linked to the Camp Nou flop in past windows.

You Thought The Senate Stimulus Bill Was Huge?...