Flu Is Now Widespread In 10 States, Including California, Texas, Alabama 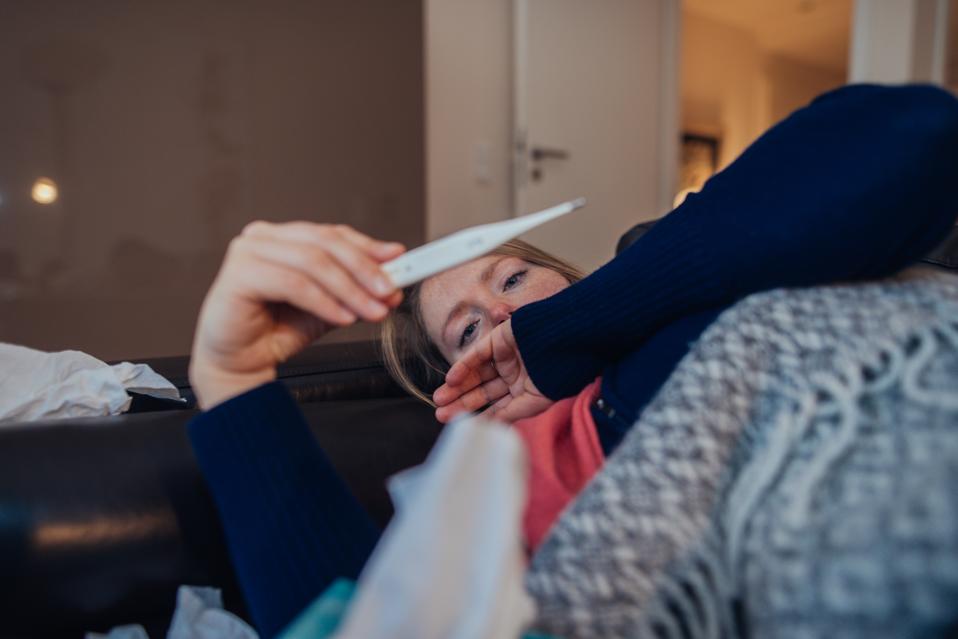 Well, this November really flu by, for sure.

The flu season is off to a particularly early start this year with seemingly more influenza activity last month than any other November since 2009, the year of the H1N1 flu pandemic. According to the Centers for Disease Control and Prevention (CDC), as of November 17-23, flu activity had appeared in all 50 states. Looks like the flu has already gone “viral,” so to speak.

In fact, that week in November had 10 states experience “widespread” flu activity. That’s Alabama, Alaska, California, Louisiana, Massachusetts, Nevada, New Mexico, South Carolina, Tennessee and Texas, 10 states with very little in common. In this case, “widespread” means that at least half the regions in each of these states reported either influenza outbreaks or increases in the number of flu-like illnesses during that week.

Then there were the fourteen states (Arizona, Colorado, Connecticut, Florida, Georgia, Idaho, Indiana, Kentucky, Nebraska, New York, Oregon, Pennsylvania, Virginia and Washington) that had “regional” flu activity, which is when at least two but less than half the regions have reported such upticks in the flu. Therefore, if you want to completely avoid the flu virus, you are rapidly running out of states to which to move.

This means that if you haven’t gotten the flu shot yet, just do it. Otherwise, soon you may just flu it. Locking yourself in your attic until May 2020 or so with no human contact may help avoid the virus but has other drawbacks. Thus, the flu shot is by far the best way to prevent the flu.

This is true even when the flu vaccine is not a great match for the circulating strains. As the Ron Brackett explained for The Weather Channel, this year’s vaccine did not match the dominant flu virus strains in the Southern Hemisphere. That doesn’t necessarily mean that the same strains will be dominant in the Northern Hemisphere. Either way, the flu vaccine should offer at least some protection, which is better than no protection, which is what you will get if you rely on supplements, essential oils, crystals, or chanting.

So far the circulating strains seem to be relatively equally split between Influenza A and Influenza B subtypes with (H1N1)pdm09 and H3N2 being the two predominant A subtypes and the Victoria lineage being the most common B subtype by far as illustrated by this CDC tweet:

But as we saw last flu season, flu virus strains can be like Game of Thrones characters. They can rise and fall over time.

There are concerns that this year’s flu season will be bad for the U.S. and the rest of the Northern Hemisphere. That’s because what happens with the Southern Hemisphere’s flu season earlier in the year tends to be the prequel for what will subsequently happen in the Northern Hemisphere. The flu virus strains that start circulating Down Under can eventually, but not always, make it up over here. This would be similar to the same characters making both Star Wars II: Attack of the Clones and Star Wars III: Revenge of the Sith horribad.

Speaking of horribad. The Southern Hemisphere had a particularly bad flu season earlier this year. For example, a May 2019 ABC News report called the flu season in Australia at the time the worst since 2009. The season was bad not only in terms of number of cases but also deaths from the flu. Things did not dramatically improve over the ensuing months. A September 5 Xinhua News report included a tally of at least 257,359 laboratory confirmed cases of influenza, which broke the previous record of 251,163 for Australia from 2017.

The Southern Hemisphere experienced an early start to the season as well, which makes the early start in the U.S. seem a bit sequel-ly. However, it’s still too early to tell how bad this flu season will be. As of November 27, the CDC has received five reports of influenza-associated deaths among children as the following tweet shows:

The CDC hasn’t reported the number of adults who have died from the flu because that can be more difficult to determine. After all, when an adult dies from an exacerbation of a chronic condition like lung or heart disease, the flu could have actually been the culprit.

All of this is a reminder that the flu is a serious threat. It can lay you out for several days and can even kill you. Each year, young and healthy people die from the flu. There is still time to get your flu shot, which by the way does not cause the flu. It takes on average two weeks after the shot for the vaccine to offer protection. So if you get the vaccine now, you can be protected by the time the Holiday party season is in full swing.

UFC On ESPN 7 Predictions And Picks: Is Aspen Ladd A Bantamweight?

Did You Know You Can Host The Oscars?