Home Technology Forget Your iPhone 11 Pro, Ignore The Samsung Galaxy Fold And OnePlus 7T Pro, This Is My Smartphone Of 2019
Technology

Forget Your iPhone 11 Pro, Ignore The Samsung Galaxy Fold And OnePlus 7T Pro, This Is My Smartphone Of 2019

As the new year dawns, it is time to welcome back my annual ‘Smartphone of the Year’ on Forbes. 2019 saw a multitude of phones, with a narrowing of specifications and features that saw handsets become more interchangeable as the months passed. Competent handsets merged into the vanilla background, while a few stood out for various resins.

Just one reminder about the line-up. This is rarely about the biggest, most powerful, handset (although one handset that matched those ideals very nearly took my prize). It’s about the handset that reflects the time, that looks at the wider ecosystem, that stands out like no other. It’s not just the handset that can move the most triangles around a screen and offer the smoothest Fortnite experience. 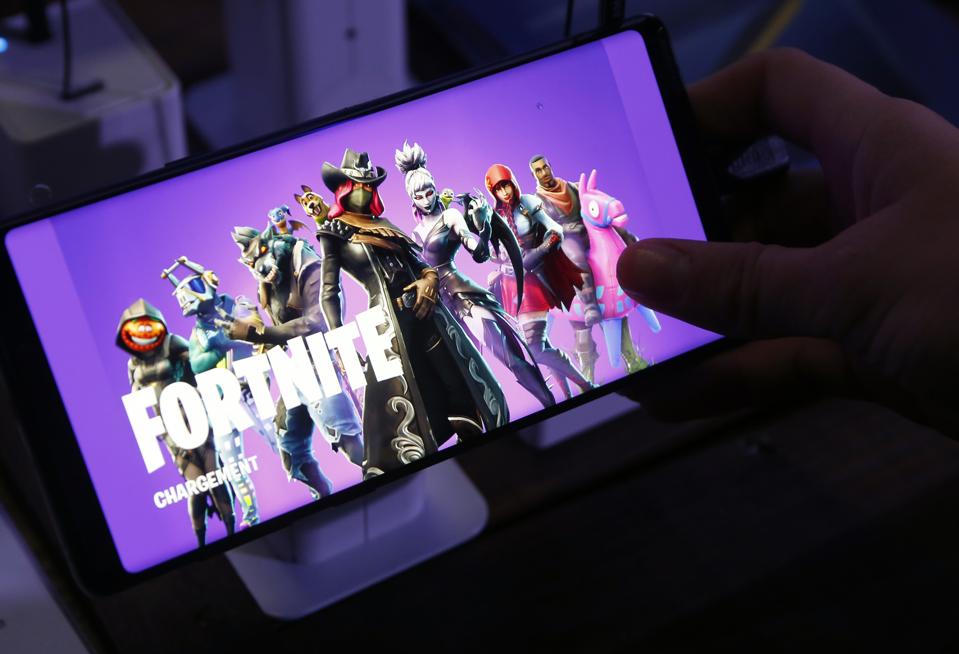 PARIS, FRANCE – OCTOBER 26: A gamer plays the video game ‘Fortnite Battle Royale’ developed by Epic … [+] Games on a Samsung Galaxy Note 9 smartphone during the ‘Paris Games Week’ on October 26, 2018 in Paris, France. ‘Paris Games Week’ is an international trade fair for video games and runs from October 26 to 31, 2018. (Photo by Chesnot/Getty Images)

But we’ll get to the trophy shortly. First, let’s look over three handsets that were in the running but fell short of the top step.

Placing the iPhone 11 family into context is always tricky. Apple has created a walled garden around its ecosystem, and while there are large gates into it, they are very well protected by the staff and procedures inside Cupertino – in some cases too well protected. Once you are in it is no easy task to get out again. Arguably this is also try of Android, but with a wide range of manufacturers, you can pick and choose handsets that have different values and hardware biases.

Apple is not quite a one size fits all, with the iPhone 11, iPhone 11 Pro, and iPhone 11 Pro Max offering three options of Apple’s vision. That works for many people, but for me it is just a little too constricting to be considered a true platform.

And then you look at what the iPhone 11 actually delivered. The bump in performance was similar to other smartphones from various manufacturers, but it lacked any sort of spark of magic. It was just the regular model with a yearly update. For me that’s not enough.

All of The iPhone 11 family suffered this problem, but the iPhone 11 Pro and Pro Max leaned into the one genuine jump forwards for Apple’s platform, namely the camera’s software and hardware. The latter reached parity with the flagship Android devices, while Apple pushed the software heaving to create better processing, effects, and automation. The Max was a physical stretch because of the size, so by elimination the iPhone 11 Pro is the one to look at.

And let’s be clear, the iPhone 11 Pro is a good phone – so good that my fellow Forbes’ writer Gordon Kelly has named it his phone of the year, arguing that the 11 Pro takes the flagship specs and puts them together in one of the smaller ‘powerful phones’ of the year.

Unless you needed the extra fidelity on the camera, there was little reason for existing iPhone users (tr Android users looking to switch) to run for an early upgrade. A competent upgrade is not enough to stand on the top step. 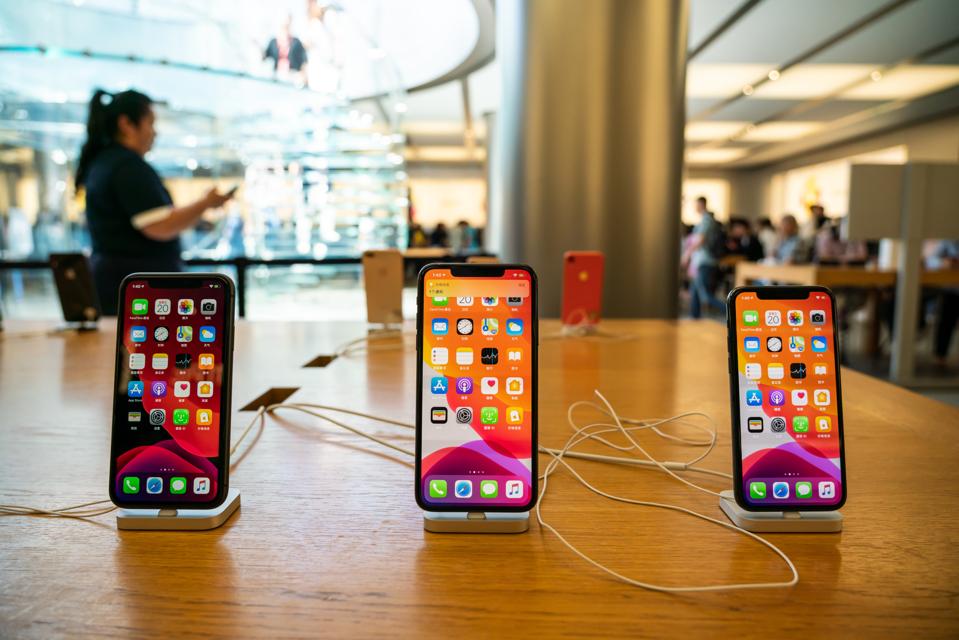 Samsung’s Galaxy S10 family has the same issue around iteration as the iPhone 11 family. While it’s arguably the most well-known of the Android flagship handsets, there’s not that much difference in the S10 handsets to the S9 handsets (although the inclusion of a 5G model at the top end is worth noting). Where Apple moved the camera needle higher, Samsung pushed on the screen size and battery life.

But there is one Samsung handset that did push the envelope and potentially opened up a new era of smartphone design – the Samsung Galaxy Fold.

Here’s the thing. The Galaxy Fold did not have an easy time of it. Launched in February, when the review units reached the press one week ahead of the launch, even this small (and presumably ‘best of the production line’ models quickly highlighted flaws in the hinge, screen design, and packaging. The Fold was pulled from sale. It did reappear later in the year, with new engineering in place (part of me wonders if it was rushed out so Samsung could claim to to be the ‘first’ mainstream folding phone).

Technically it’s a marvel. An expensive marvel, but a marvel nonetheless. But is the gimmick something that helps you use your phone in a better way, and is it worth over £2000? At the moment you’re working with an Android-powered tablet that is easier to tuck into your pocket. Multi-tasking is easier with the split screen option, while not universal, does justify the larger screen.

It’s the price that I can’t get over. At that level I would expect a phone to cover every base possible, but the Fold is missing an IP rating so is not waterproof or dustproof, the screen comes with its own warranty (and a warning to avoid small particles or excess pressure).

Right now the Galaxy Fold is a first generation of either a new class of portable device, or a curiosity that sells a few million but doesn’t break through to general acceptance. The Galaxy Fold is a promising start but the folding needs to be much more reliable and sturdy, and the phone itself needs a stronger reason that ‘it folds’ to be attractive.

And this idea goes for all the first generation folding handsets out there. Technically great but how does it make my life easier? 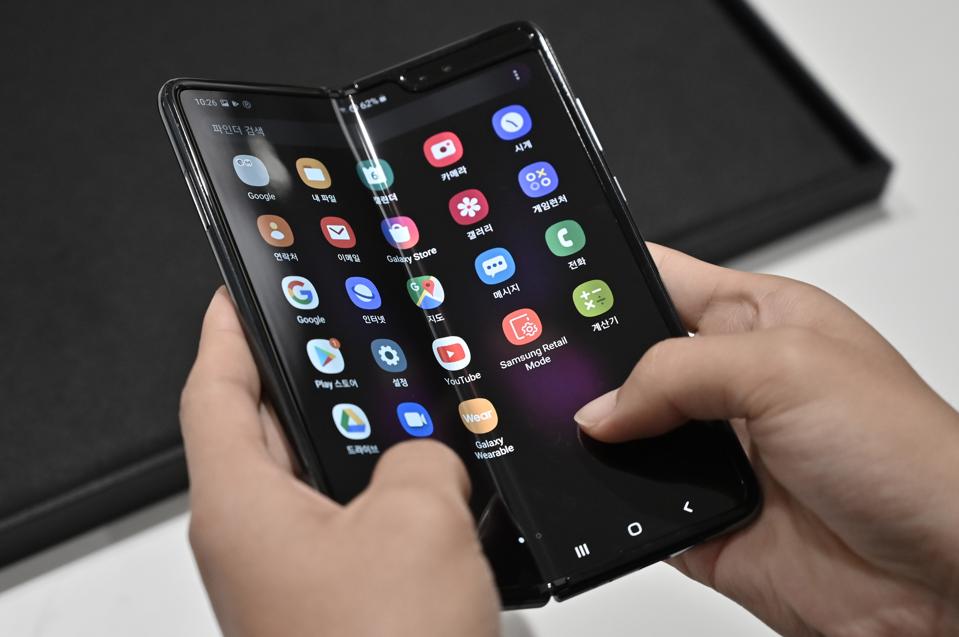 Now we come to the handset that, in my mind, packs in the most features and is the handset to recommend if you are looking for specs and on-device features… the OnePlus 7T Pro.

Taking everything that worked in the summer’s OnePlus 7 Pro, the ’T’ version of OnePlus’ premium flagship brings features that the competition are either just starting to use or will bring into their 2020 models. Features such as the macro camera, the 90Hz refresh on the OLED display, a bigger battery with OnePlus’ rapid charging system, a n under-display fingerprint reader… it’s all here.

What holds it back? Much like the iPhone 11 Pro, this is an iterative upgrade from a long line of OnePlus handsets. The macro camera is a nice touch but not one that is needed in day to day use, and the faster refreshing OLED screen became commonplace in the second half of the year.

The 7T Pro builds on the OnePlus 7 Pro – so much so that it’s easier to consider this a refreshed 7 Pro for the end of the year. But it is the first time that OnePlus has stepped up to manufacture a ‘Pro’ device. This does offer a better argument for existing users to consider an upgrade, and is more attractive to those on other Android handsets looking to switch.

It’s competitively priced, it ticks almost every box on what you would want in the high-end smartphone in 2019, and it very nearly took my trophy. 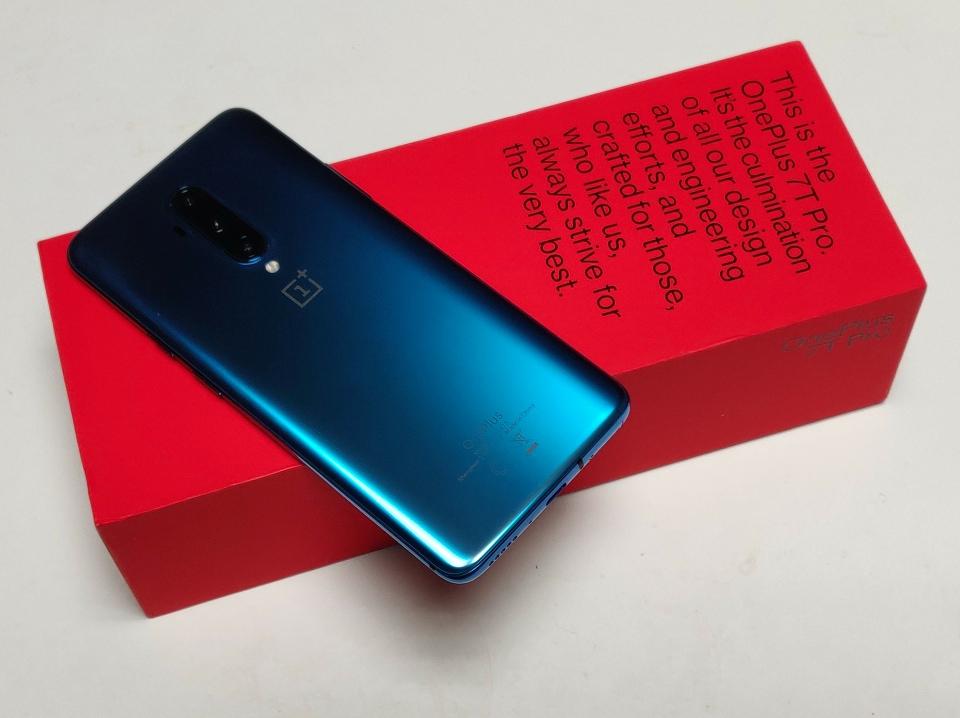 But my choice isn’t limited to Top Trumps Specifications. It’s about a phone that speaks to the world. Step forward my smartphone of the year…

Outside the smartphone world, the world is coming to terms with climate change, and it is being driven by the younger generations. While the focal point is Sweden’s Greta Thunberg, she is running point for young people around the world who are looking to reduce the impact of climate change and take better care of the planet.

And here we are throwing phones away to satisfy the annual product cycles of the manufacturers; buying new phones instead of paying extortionate repair bills; treating our smartphones like burner phones; and packing rare earth metals into the handsets bound for landfill.

Which is where the Fairphone 3 comes in. As I noted in my review, the most important component in the box is the screwdriver. This is a phone designed to be repaired at home, reducing the materials needed to keep you connected with the same phone over many years. When your battery runs out, switch out the battery. USB connector failed, just replace that module. Smashed screen? Order another one for 90 Euros. You get the idea.

Fairphone is also working on the supply side, both to improve the conditions of workers, to use fair-trade gold and be responsible in the choice of suppliers of other materials in the handset. 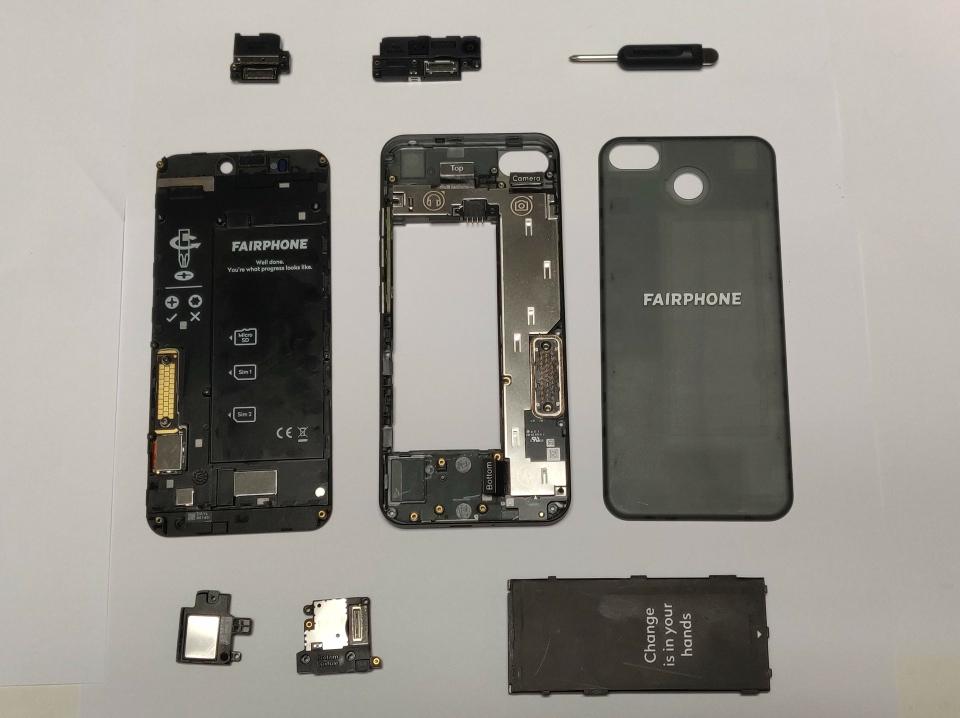 Is the Fairphone 3 going to win any specs battle? This is unlikely, but it is a competent mid-range Android smartphone matching handsets such as the Moto G7. The performance is suitable for day to day use, and for most people that’s enough.

Is the Fairphone 3 going to win any value for money battle? Not in the short term, as the small production run means less economy of scale, and the design of replaceable parts and sourced material drives up the price. You’re looking at around a 200 Euro premium compared to a similarly specced handset. The value to you comes in the long term as you repair the Fairphone 3 compared to buying a completely new handset. The real balance comes In terms of value for money for the planet.

Is the Fairphone 3 going to make a difference on its own? Not with the sales figures reported for two previous models, but the Amsterdam based company is proving the consumer demand is there and that a sustainable business is possible even with a comparatively small number of unit sales. Fairphone can influence the wider ecosystem. Other manufacturers are promoting their use of recyclable materials and the recent design changes to Microsoft’s Surface hardware to make for easy repairs ‘in the field’ show that the industry is changing.

More than a phone that folds in half, a phone that can perform faster than any other, or a phone that iterates on a previous design to be ever so slightly better than last year’s model, the Fairphone 3 is the phone that demonstrates the demand, the practicalities, and the business case for a sustainable smartphone. 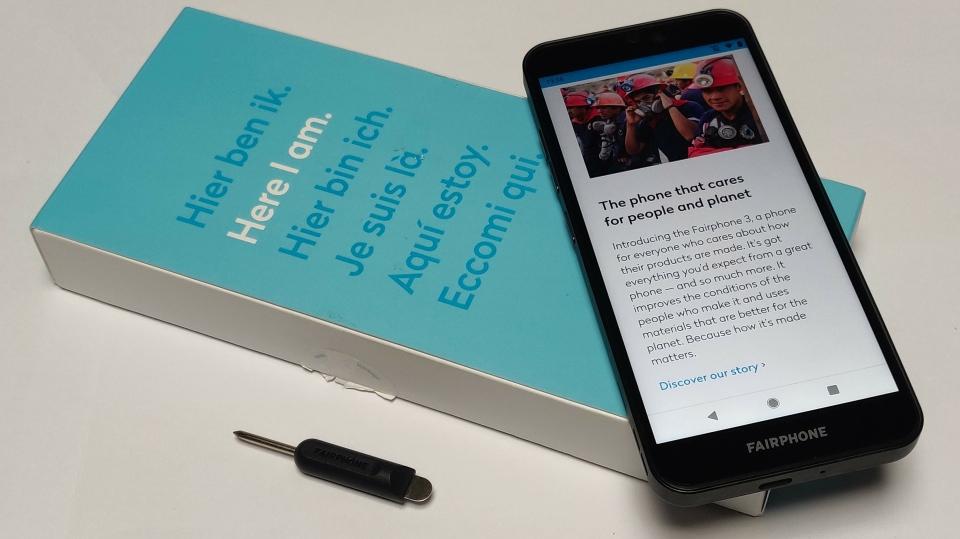 Now read my full review of the Fairphone 3…