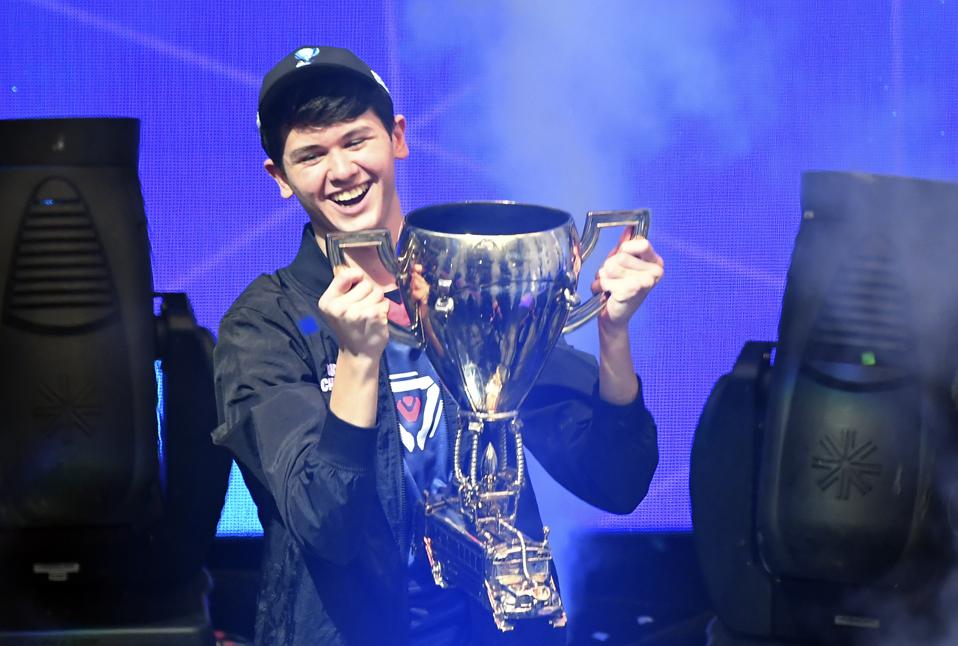 Bugha of the US celebrates with the trophy after winning the final of the Solo competition at the … [+] 2019 Fortnite World Cup July 28, 2019 inside of Arthur Ashe Stadium, in New York City. (Photo by Johannes EISELE / AFP) (Photo credit should read JOHANNES EISELE/AFP via Getty Images)

You may have heard more and more stories about kids wanting to go pro in video gaming, or even many getting scholarships to school because of it. Well, now Epic is getting on board with that movement in a big way, partnering with esports organizer PlayVS for a new, official circuit for both high school and college Fortnite players.

Here’s how it works.

There are six conferences for the high school circuit, based on time zones: Eastern, Central, Mountain, Pacific, Alaska and Hawaii. Each conference will hold a championship event to decide its winner.

There is just one, all-encompassing conference for college, complete with national championship.

Registration for college competition is February 24 while its eight week season begins March 4.

Both of these circuits follow the same rules. Players will compete in duos against other players from their same conference. A max of seven games get played in two hours with points for the week divided up as follows (via Epic): 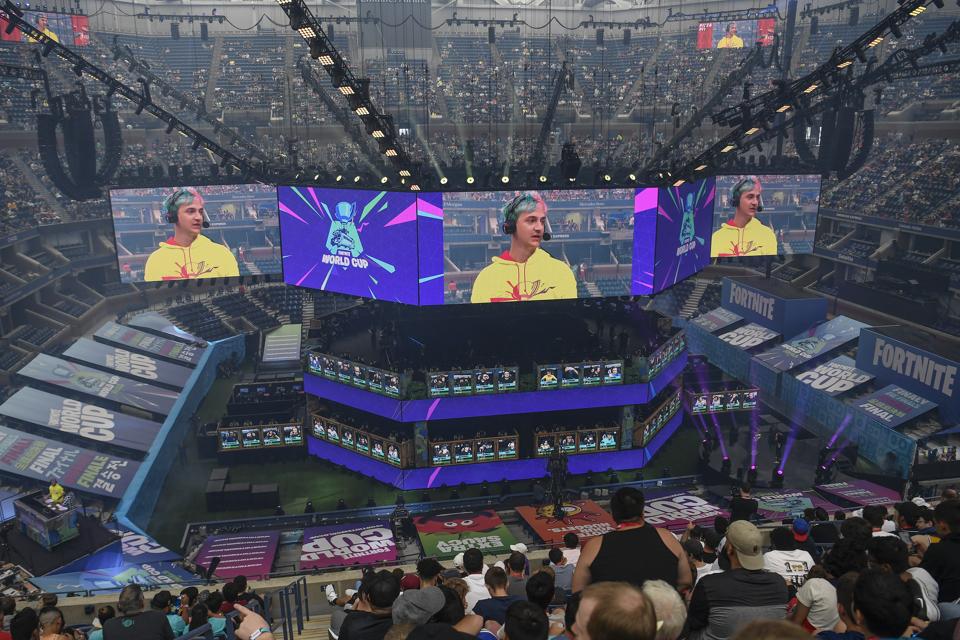 The top four teams in each conference each week earn a spot in the playoffs which will be a max of 32 teams by the time the season is over, then the championship gets played with the same rules. I am not seeing what the prizes are going to be for these championships, but knowing Epic, it’s probably substantial. There’s also now telling how top players in these leagues could end up translating into possible World Cup placement.

This is a big step forward for Fortnite esports, and a really, esports in general with this level of organization backed by the publisher specifically. It’s obviously reminiscent of how high school and college varsity sports translate into pro teams, albeit in the case of Fortnite, you often have high school and college age kids as the ones who are making it to events like the World Cup as well (Bugha, 2019 Fortnite World Champion, is 17). But this sounds like a great framework for a more open, more consistent type of league play that should run indefinitely.

I’ll look for more information on this soon, but registration begins in less than a month, so check back for instructions if you want to get in on the league yourself. Stay tuned.

Spoiler Alert: Three Key Ways That The New And Electrifying GM-Backed Cruise Self-Driving Car Minivan Might Have Some Heartburn

The Difficulties Of Making Science Accessible