Founders Feud At Hype House Gets Nasty: An Armed Guard, A New Lawsuit—And A Breakaway Group Of TikTok Stars 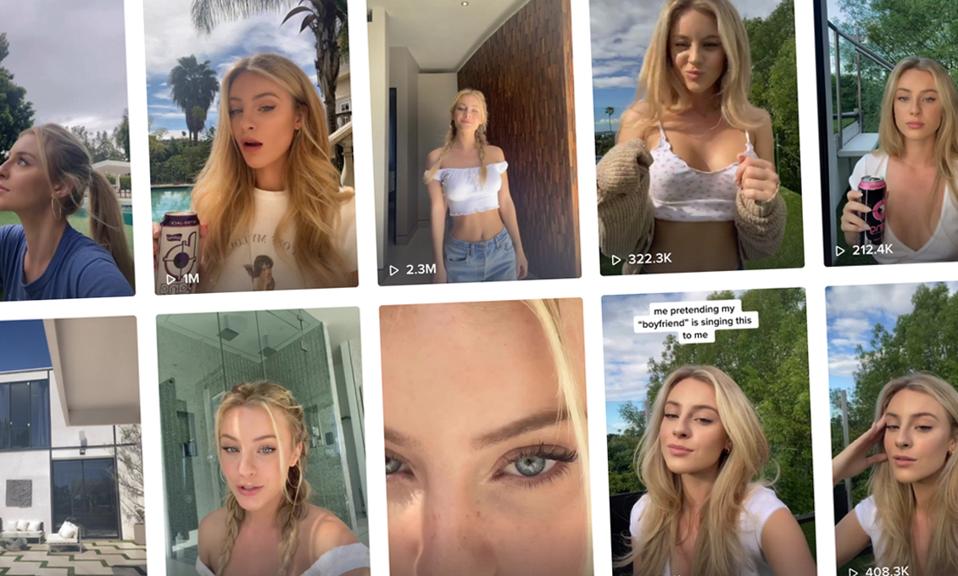 TikTok star Daisy Keech is in a fight over who controls Hype House, a content collective and the … [+] most popular group of stars on the app.

When TikTok star Daisy Keech went to collect her few belongings from the mansion in Encino, California she briefly called home, she did so flanked by an armed security guard. The early March expedition was all but a definitive end to her time at Hype House, the name given to both the 6,600-square-foot residence as well as the TikTok content collective she helped start just three months earlier.

“I’m trying to fight for my rights,” she said, standing in the villa. “The business has been completely stripped away from me, and I’ve kept my mouth shut the entire time.”

Not any longer. Keech, 20, filed suit in federal court against two of her cofounders yesterday morning, escalating the tension in what is now the most bitter breakup to hit the rapidly growing community of TikTok celebrities.

Keech is suing two of her Hype House cofounders: Thomas Petrou and Chase Hudson alleging that they struck deals without her, exiled her from the group and tried to position themselves as the only founders of Hype House. Petrou and Hudson, through their talent agency, declined to comment for this story.

If you are asking what a TikTok celeb is—and why one matters—you are what a TikToker would call one of the olds.

TikTok, the social media app created to share video clips (a minute max) of dances, pets, physical challenges and other silliness, was downloaded more than 700 million times in 2019, a 44% increase from a year earlier. It’s the latest platform young influencers use to create their own personal brands, score sponsorship deals, and, for some, establish a life of celebrity once accessible only to actors, musicians, comedians and other performers. On TikTok, for instance, singer Ed Sheeran has 1.4 million followers. Keech, by contrast, has 3.4 million.

It’s not a new thing. YouTube and Instagram influencers have been landing six-figure deals for years as corporate brands look for ways to reach an increasingly unreachable generation of consumers. Those deep pockets have now taken notice of the TikTokers, coughing up as much as $250,000 to sponsor a heavily followed influencer’s post, close to what their peers are getting on Instagram. “There are many hundreds of millions of young people on TikTok every single day. They’re spending a significant amount of time on the platform,” says Ziad Ahmed, CEO and founder of JUV Consulting. “Now that we’re in inside all the time we’re spending even more time on Tiktok. It’s a wild thing.” Ahmed’s company tries to help established brands make sense of Tiktok’s wildness and launch marketing campaigns on the app. “The opportunity for brands on TikTok is that massive audience—an engaged audience that is hungry for content.”

In this world of social media superstardom, there is no hotter TikTok group than Hype House. Maybe you caught its biggest star, Charli D’Amelio, 15, on The Tonight Show With Jimmy Fallon earlier this month. D’Amelio, whose dance videos have brought in 41.3 million TikTok followers, partly used her time on the late-night airwaves to hint that she would soon do a rock group-like nationwide tour.

How’d Hype House start? According to Keech, it began as an idea she had with cofounder Thomas Petrou last fall. She had moved to Los Angeles with dreams of becoming an Instagram fitness influencer—such efforts are common today—finding a partner and friend in Petrou, a fellow influencer hopeful. They teamed up with Chase Hudson, and the three joined forces with two more short-form dreamers, Alex Warren and Kouvr Annon, to form a collective.

The strategy isn’t novel. YouTubers have been forming similar groups for a decade or so. The general idea is, these stars can earn communally as a single Hype House unit, sharing cuts of sponsorships and merchandise sales, and then in turn boost their profiles and earning potential from similar deals, banking even more. The Hype House cofounders, Keech maintains, reached only an oral agreement that they would share revenue, never committing anything to paper and or outlining specifics.

To get Hype House going, Keech and Hudson put up $18,000 each, while Petrou, Annon and Warren each gave $5,000. With the cash, they put a deposit on the Encino mansion. There was no other startup capital contributed, Keech insists, because such a collective is pretty cheap to run: videos on the app aren’t supposed to look professionally edited, so stars shoot them on their smartphones. It didn’t cost much more to found Hype House than a safety deposit and the cost of filling the refrigerator.

It was a hit. Hype House attracted great attention when it launched right after last Christmas, reaching 7 million followers within a month (and now has 12.6 million). The group eventually reached 19 members, including Charli and her sister Dixie, using a recruitment style that Keech describes as “more, like, Oh, we vibe with you.”

The vibe between Keech, Petrou and Hudson quickly soured. Almost from the beginning, Keech believes, Petrou and Hudson struck secret deals for Hype House, including ones with Chipotle and Bang Energy drinks, and drew income from those deals without including her in either the negotiations or the income. After Christmas, Keech and Hudson filed competing trademark claims to the collective’s name. Later, Petrou changed the passwords to Hype House’s TikTok and Instagram accounts, effectively cutting her off from the group. She also believes that Petrou and Hudson have sold Hype House-branded merchandise and that she should share in that income.

With the lawsuit, Keech hopes to claim control of the Hype House trademark, force Petrou and Hudson to repay a share of any income they brought in and to finally formalize their stakes in Hype House.

While the court fight plays out, she has set her hopes on a new collective she calls clubhouse (yes, all one word—no capital letters—in true startup fashion). Its headquarters will be a Beverly Hills mansion almost twice the size of Hype House. The 12,000 square-foot home sits on a one-acre lot with a pool, a gym and a movie theater, but it was the lion statues in the front lawn that sealed the deal. “I’m a Leo,” Keech says. “So I resonate with it.”

She has bigger aspirations than just TikTok’s 60-second clips and wants clubhouse to focus on creating Instagram and YouTube content too. Among her first clubhouse recruits are Chase Keith, a 17-year-old with 4.4 million TikTok followers, and Abby Rao, a 22-year-old with 4.7 million followers. Keith says he brings a comedy sensibility to the troupe, and he envisions his own “very crazy talk show,” where “I would have a grandma eating corn obnoxiously loud behind the guests, some awkward pauses some like weird questions”—followed by a coup de grâce: “bringing a snake in to go under” his guests’ feet. Rao’s videos and sensibilities, meanwhile, are more like Keech’s fitness and lifestyle-oriented content. “She and I are really like minded, and we work so well off each other,” Rao says. “So I’m super excited to create new content and go down this new path.”

Has Keech’s learned her lesson from the ownership battle at Hype House? Maybe, maybe not. She won’t comment about clubhouse’s ownership, which includes at least one outside investor, Amir Ben-Yohanan, a New York real estate developer.

Clubhouse’s launch has been delayed, however, by the difficulties of assembling a new team from around America in Los Angeles while the country is in coronavirus lockdown. She hopes to have it going two weeks from now, even if it’s just content from her and whoever else can be in LA then.

“When you’re stuck in your house all day, what else can you do?” Keech asks. “You might as well work with what you have to move forward in any way possible.”

Average Cost To Recover From Ransomware Skyrockets To...