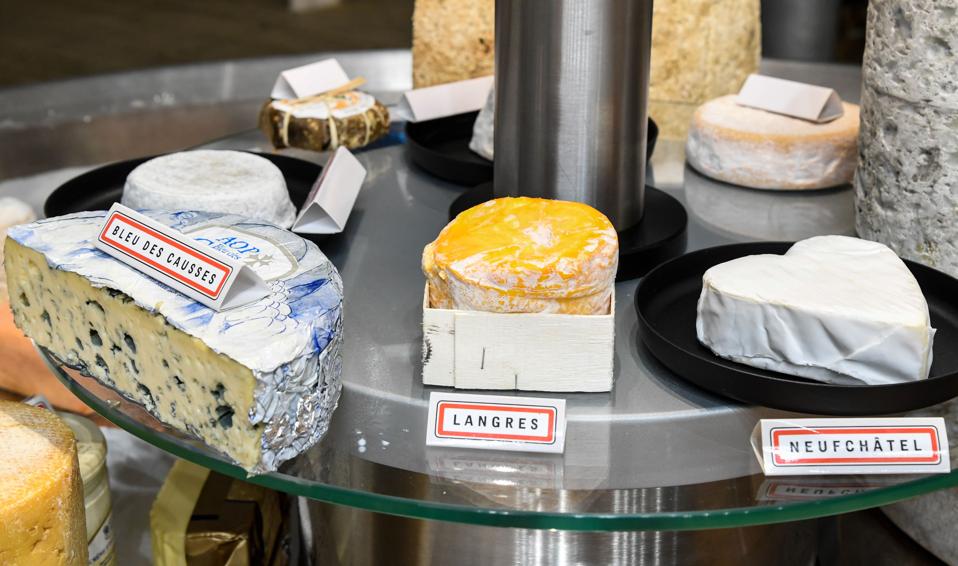 If, as he has rather dramatically threatened, President Trump does indeed impose tariffs of up to 100% on some French luxury goods, like Champagne and fine cheeses, this could end up being a seriously blow-out, decade-ending New Year’s Eve.

As anyone in the business of providing luxury anything knows, sometimes the best strategy for selling more is to raise the price. $300 for a bottle of vodka available in stores for under $50 retail? Sure! Welcome to Las Vegas!! $25,000 for a pair of limited edition sports shoes? Welcome to Social Media! 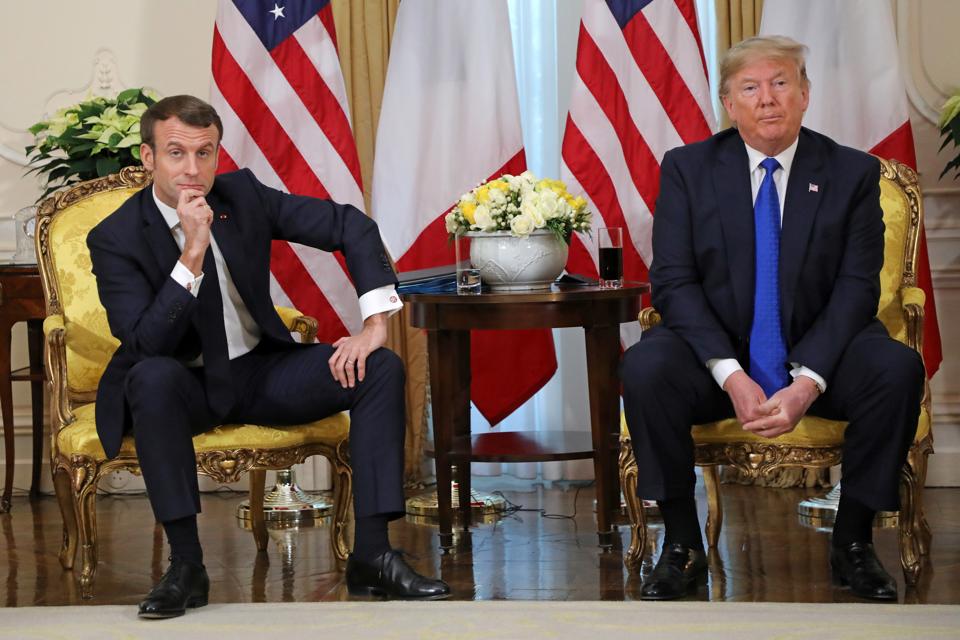 TOPSHOT – US President Donald Trump (R) and France’s President Emmanuel Macron react as they talk … [+] during their meeting at Winfield House, London on December 3, 2019. – NATO leaders gather Tuesday for a summit to mark the alliance’s 70th anniversary but with leaders feuding and name-calling over money and strategy, the mood is far from festive. (Photo by ludovic MARIN / POOL / AFP) (Photo by LUDOVIC MARIN/POOL/AFP via Getty Images) 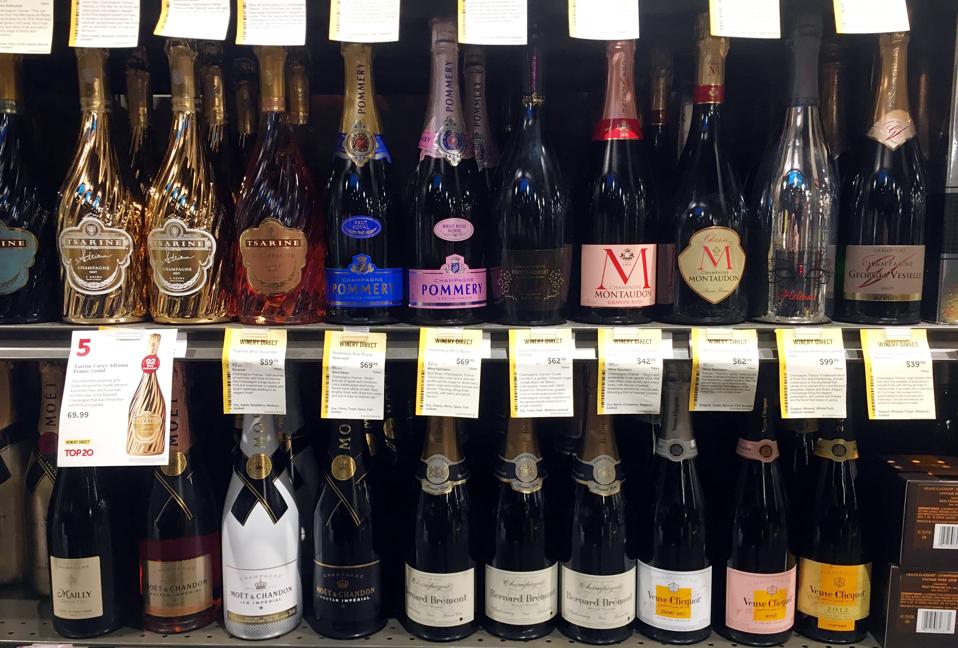 Bottles of French champagne are displayed for sale in a liquor store on December 3, 2019 in … [+] Arlington, Virginia. – The United States on December 2, 2019 threatened to impose tariffs of up to 100 percent on $2.4 billion in French goods in retaliation for a digital services tax it says is discriminatory. French wine and cheese are on the list of goods that could be targeted as soon as mid-January after a report from the US Trade Representative’s office found the tax penalizes American tech companies like Google, Apple, Facebook and Amazon. (Photo by Olivier Douliery / AFP) (Photo by OLIVIER DOULIERY/AFP via Getty Images)

All kidding aside, this news could pose real difficulty for some American retailers, importers and distributors but it could also present some opportunities. First and foremost from what I’ve read the tariffs are slated for January so there could simply be a run on favorite items and a significant effort to front-load imports and sales. Lots of cash out up front but good return in the short term – although not really a solid business model going forward.

The folks who import that world-class benchmark Parmigiano-Reggiano, already subject to a hefty tariff, have begun focusing on the very highest-end version, vacche-rosse, from the legendary red cows of the Emilia-Romagna region of Italy. Sales are brisk.

Way back in World War I, Parmesan wasn’t getting across the Atlantic so a wily cheese maker out in Sonoma County, California who found some left over dried out wheels of Jack cheese temporarily lost in a corner of a walk-in refrigerator, decided to jump on a need. By the time World War II created that same opportunity for a dried grating cheese of superior quality, California Dry Jack, with it’s caramelized interior and dark coating of a mix of cocoa, black pepper and vegetable oil, was born.

Everyone who knows about the world of wine knows that the US has really evolved as a wine making society. Nearly, if not every state produces some sort of palatable potable made from local grapes. Sparkling wines like Iron Horse Vineyards have become a regular feature of White House gatherings. Awards have been won. Bubbles have been gleefully popped.

And then there’s cheese. American artisan cheeses have fairly exploded onto the world scene in the last 30 years. In fact, at a recent European judging – the World Cheese Awards held in Bergamo, Italy in October – Rogue River Blue, from southern Oregon, was named the Best Cheese in the World. That’s a major first. There are stellar offerings from nearly every category of fine cheese, and more likely on the way. 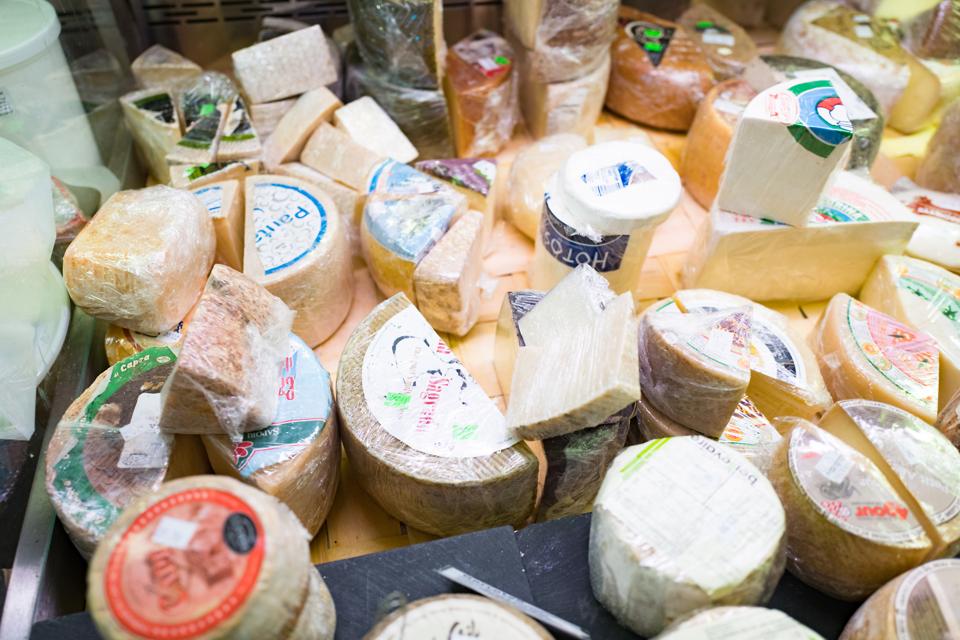 So this year, don’t be too surprised to see the higher end hot spots, restaurants and lounges slapping an extra zero or two on that bottle of bubbly – or offering deep discounts on last chance buys. And don’t be shocked when the cheese selection for the multi-course meal or the counter at Wegmans sports more expensive imports along with hand made treasures from creameries all over American.

I greatly respect and love the wines and cheeses from France but really, this is one Trade War tussle that could end up tasting pretty good around these parts. At least in the short term.

Rockies To Honor Larry Walker And Retire His...