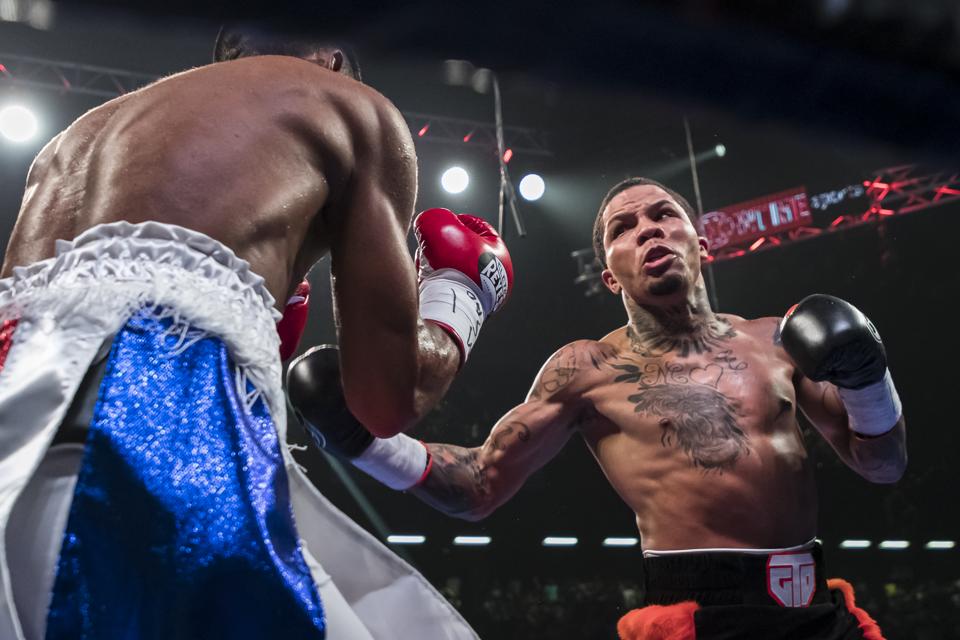 On Saturday night in Atlanta, Gervonta Davis improved to 23-0 and captured the WBA Lightweight title with a 12th-round TKO victory over Yuriorkis Gamboa. However, it wasn’t a performance that he should look upon with pride.

Davis dropped a shopworn Gamboa three times in the fight and seemingly wobbled him on several occasions before referee Jack Reiss called a halt to the action in the final frame.

Here is how the boxing community reacted to the result:

Davis had the quicker hands the entire night. He repeatedly beat the 38-year-old Cuban to the punch with power shots. Specifically, he countered Gamboa’s jabs to the body with vicious straight left hands to the face. Gamboa absorbed most of the punches without wilting, but displayed horrible defense throughout the fight.

In the second round, Davis floored Gamboa with a left hook, and it appeared as though Gamboa’s right shoe malfunctioned, or he’d injured his leg, or both. However, two rounds later, his corner taped his shoe and some of his mobility seemed to be restored.

Gamboa had one solid round, which was the 7th, when it appeared Davis was exhausted. Davis threw 15 punches the entire round and kept up a similarly low output in the next frame until he scored his second knockdown.

Gamboa was able to push Davis around the ring with some roughhousing tactics, but he looked a step too slow to actually mount offense.

In any case, Gamboa looked to be simply trying to survive for most of the fight. Still, one has to wonder why Davis, who missed weight on his first attempt on Friday after moving up a division, couldn’t put out an old and compromised foe.

There has been talk of Davis facing WBC, WBA and WBO Lightweight Champion Vasyl Lomachenko. If I’m being honest, based on the way he performed and seemingly prepared for Saturday’s fight, Davis might be in serious trouble if he were in with the likes of Lomachenko, IBF champion Teofimo Lopez, or even former champions like Luke Campbell and Richard Commey.

Davis’ output was poor, he seemed to be muscled around the ring by Gamboa, and the one-shot power that he has used to demolish fighters in lower weight classes wasn’t apparent. Remember, Gamboa isn’t even a natural lightweight. In fact, his stature is very similar to Davis. What happens against the bigger 135-pounders who can utilize their jab?

Will Davis still be a devastating puncher against the elite guys? I’m not convinced. Also, it’s a horrible sign when you miss weight after moving up a division.

Tank graded himself a “C+.” I’d say that is accurate. Gamboa looked horrible on Saturday night. He said he injured his Achilles’ tendon in the second round, which makes Davis’ performance even less impressive.

Perhaps a better prepared Davis might have gotten Gamboa out within four rounds. Instead, this nearly went the distance.

No matter the injury, Gamboa needs to call it a career. He’s 38 years old and looked like a shell of himself in the ring. He’s had only three losses, but he’s taken a lot of punishment–especially in the last four years.

However, Gamboa said he will fight on and remain at 135 pounds. Perhaps Davis needs to be as committed and resilient when he prepares for his next fight.

How Did This Senegalese Scientist Meet Prince William?...