Home Technology Gift This Not That: Turntable Vs. Cassette Player
Technology

Vinyl records have been hot for years, and sales have grown to the point that this year they are poised to overtake CDs as the most popular way to buy a physical copy of music. The latest retro music format to take off has been audio cassettes, with sales in 2019 at their highest level since 2004. If there’s a fan of old school music playback on your holiday shopping list, skip the temptation to go with the latest analog fad and instead pick a turntable over a cassette player. 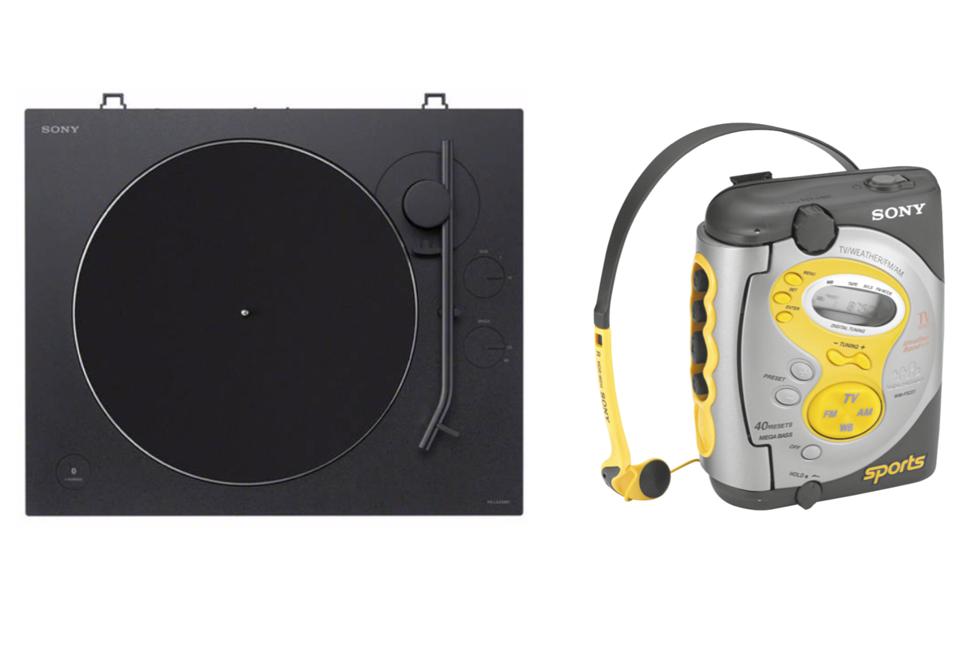 For most people, a turntable makes a better retro music gift than a cassette player.

A premium quality audio cassette recorded using a high end cassette recorder can rival a vinyl record for sound quality. However, most pre-recorded cassettes use lower quality tape. It’s not just the initial quality that’s an issue, though. Audio cassettes degenerate with use, often rapidly. The tape can stretch, break or even unspool. Pressure pads in the cassette can wear or fall off. Layers of tape can stick together, and the oxide particles coating the tape can wear off.

Records can scratch or warp, but both of those issues are typically caused by mishandling or improper storage. Play a record on a turntable with properly balanced, high quality stylus and store the record upright when not in use, and it can last for many decades of regular playing.

There have been long waits for re-issues of some popular records because of the limited number of pressing plants still operating. However, there is a wealth of used vinyl out there to add to the new releases and re-issues. There are even tens of thousands of albums (new and used) for sale on Amazon. Someone with a record player is in no danger of running out of records to play.

Cassettes can be considerably tougher to find, especially in good condition. Sure, you can pick up “Marvel’s Guardians Of The Galaxy: Cosmic Mix Vol. 1” on cassette pretty much anywhere, but from there the pickings get slimmer. Not helping the situation has been a global shortage of gamma ferric oxide, a key component used to make magnetic tape. That means not only an issue with labels being able to keep up with demand for pre-recorded cassettes, but also blank cassettes — required to make those mixtapes — are more expensive and tougher to find.

The vinyl resurgence has been underway for over a decade. It’s been long enough and sustained enough that audio companies have taken notice. Not only are there more records to choose from, but the choice of quality record players and turntables is much greater than the selection of cassette players on the market.

The best known portable cassette player — the Sony Walkman — finally ceased production in 2012. You can still find them (usually at a premium price thanks to the current cassette revival), but most of the new cassette players on the market are lower quality novelty items quickly released to take advantage of this year’s surge in popularity. Think of them as the cassette version of the retro record player-in-a-suitcase. Fine for casual use, but not something you’d want for serious listening or to be playing a prized music collection on.

Finally, a nod to the vinyl album cover. Many of these are brilliant works of art. With the popularity of vinyl has come a range of options for framing records. So even if someone loses interest in their record collection they can recycle the albums as art. Cassettes? Not so much…

Go With the Turntable

The two key advantages a cassette player might have over a turntable are portability and being able to record — although not all models are portable and not all can record.

I would argue that cassettes don’t really bring anything to the table on either of those fronts other than the retro appeal. A smartphone and headphones offer better quality audio, and a Spotify playlist covers the “mixtape” angle, without the need to flip the cassette. A turntable on the other hand satisfies the retro itch, but also delivers a listening experience that is superior to streaming audio (at least with a decent turntable and speakers).

So if you have a music fan who is snubbing all things digital, consider a turntable rather than a cassette player.

If you want help picking the right model, I put together a list of five of the best turntables I reviewed in 2019. With prices ranging from $149.99 to $6,500 here’s one in there for pretty much everyone.

New York Is Working With Amazon, Others To Test Cargo Bike Delivery; Will Your City Be Next?

Top Books To Inform Your Technology And Innovation...

How To Drive Faster Energy Innovation With More...

This Weekend’s ‘Earth Hour’ Will Darken The Night...